FIA Formula 1 race director Michael Masi says that Fernando Alonso and Kimi Raikkonen were both at fault in their controversial incident during the US GP.

Alonso was furious that Raikkonen was able to pass him off track at Turn 1 without sanction during their battle, while the Finn believed that he had been pushed wide.

Subsequently Masi discussed the incident with the stewards. It was debated again in the drivers’ briefing in Mexico last Friday, where Masi explained that the official view was that both drivers were in the wrong.

“Having had a very long look at it together in a discussion with the stewards both following the event and since, there were probably two fouls in that scenario,” said Masi.

“Fernando forcing Kimi off track was the first part of it, and going wide there, and the second part was Kimi shouldn’t have overtaken, shouldn’t have gained and completed a manoeuvre as a result.

“So with the benefit of time and having a look at it all and everything else, it would have effectively been two fouls, one either way.” 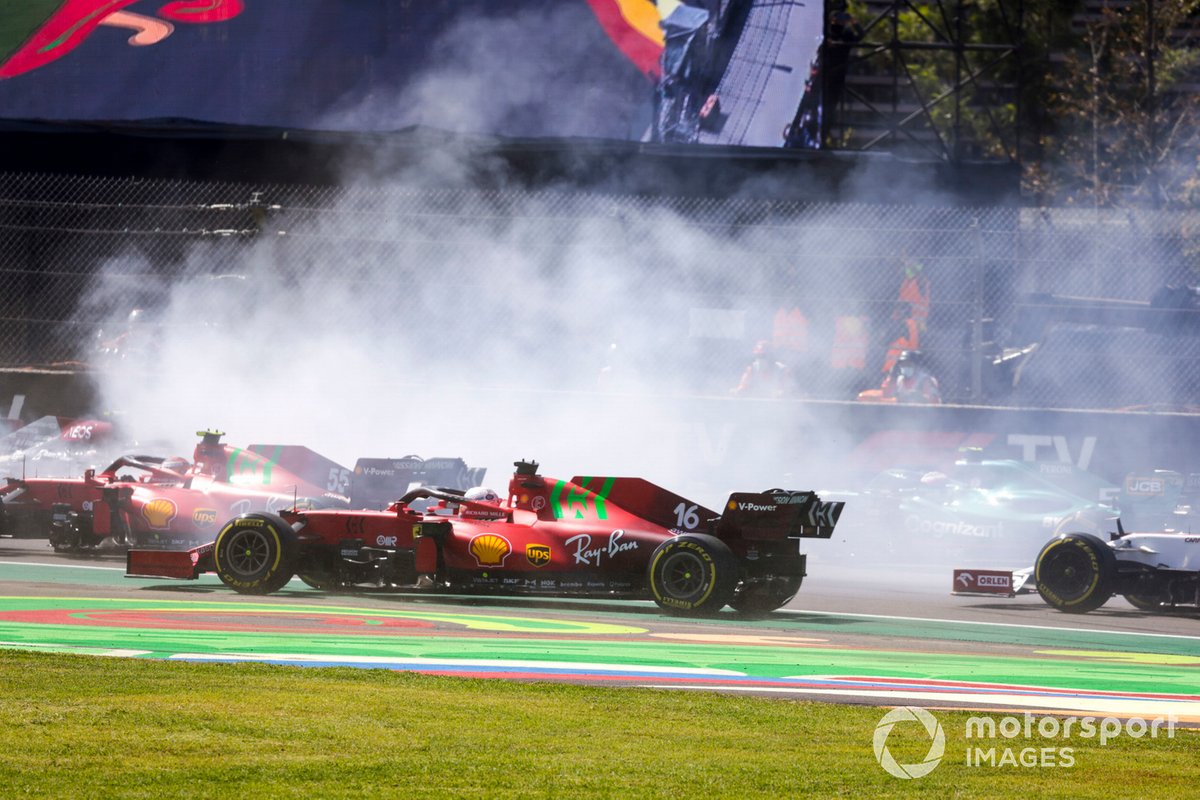 “I haven’t had a look at the incident myself properly yet,” he said shortly after the race.

“Obviously I was concentrating on the race start itself. But I asked the stewards to have a quick look, and they determined that no investigation was necessary.

“I haven’t had the chance to catch up with them yet on the whys and wherefores or analysed the incident in any detail at this point.

“Basically they have a quick look, if it is worthy of an investigation or not, and their view was there was no investigation necessary.”

Masi denied that there was any inconsistency in the decision-making process after Pierre Gasly received a five-second penalty and two points on his licence for tipping Fernando Alonso into a spin at the first corner in Turkey.

“I don’t think there is a lack of consistency because you have to treat everything on its merits,” said Masi.

“You’ve got to look at each incident and see how it goes. For starters Turkey was wet, this was dry, and completely different corner configurations. There’s a whole lot of things, so I don’t think there is."

Expanding on the different circumstances, he said: “Having a look at the proximity of the cars, of where they all are compared to each other. There is a whole lot of different factors that come into it.

“So the stewards’ view on this occasion [in Mexico] it was that in their view it was a Turn 1 racing incident.”

How Trackhouse flipped the script on NASCAR’s powerhouses