Hamilton lifts the lid on his blueprint for F1 success 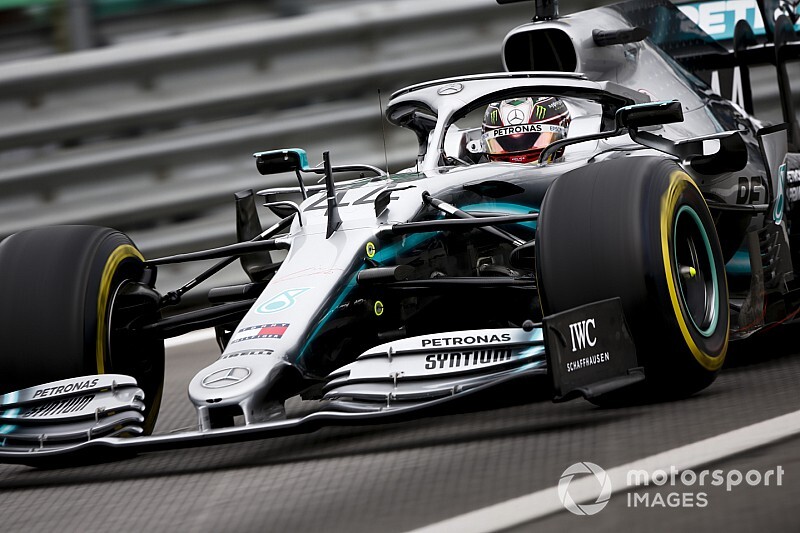 Speaking to competitors at the Gran Turismo World Finals, Formula 1 champion Lewis Hamilton has offered an insight into the small details that have proven integral to his success in the sport.

Lewis Hamilton’s charge to a sixth Formula 1 world championship this season was one of incredible results and consistency, but without many sensational moments.

And there is a certain truth to the fact that the better you get as a sportsman the easier it can appear to be from the outside.

But do not think for a second that Hamilton’s campaign has been a walk in the park, for he has found himself digging deeper than ever to find the edge that helps keep him at the front of the grid.

Last weekend, Hamilton visited the Gran Turismo World Finals in Monaco where he made an appearance on the main stage with the game’s very best players before taking some of them on in a Pro Am race.

In an incredibly relaxed mood, Hamilton was asked questions by the sim racers about the secrets of his success, and his approach to racing.

Thoroughly engaged in the topic with the young drivers who were eager to learn all they could, Hamilton’s answers offered a fascinating insight into what is required to be a top-line F1 driver and where the Mercedes driver goes the extra mile to be successful.

Motorsport.com was there to hear what he had to say. Here are the highlights. 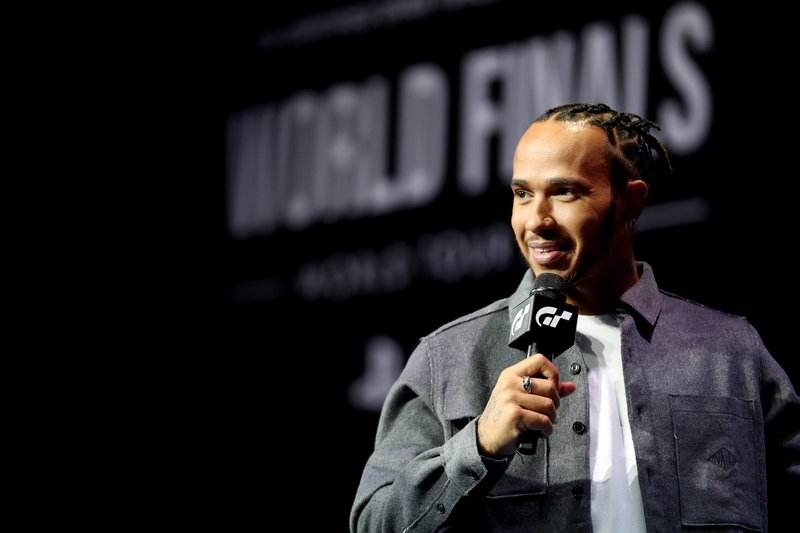 ON WHAT HE DOES BEFORE RACES...

"This is probably different for everyone, and what I do now is different to what I did when I first looked at F1 and when I was karting. But it's been a learning process.

"For me now, I do stretching, and this stretching is so important, particularly as you get older you notice it more. The stretching is super, super key. Also keeping your heart rate low with some breathing, I don't do breathing exercises, but I focus on my breathing, making sure I'm centred.

"But for me it is also making sure that I know everything that's ahead of me. I always ensure I've studied the lap and have studied the settings that I've changed throughout the laps or through the strategy for example. That process is very, very important to me personally. It means I can close my book, and I can get on with my job.

"But ultimately, it's about being relaxed. And you've got to also remember to enjoy and not get too stressed of wanting to do [too much]. I try not to stress myself out, just because I want to do the best job possible. Usually the more fluid and relaxed you are, the more free flowing it is." 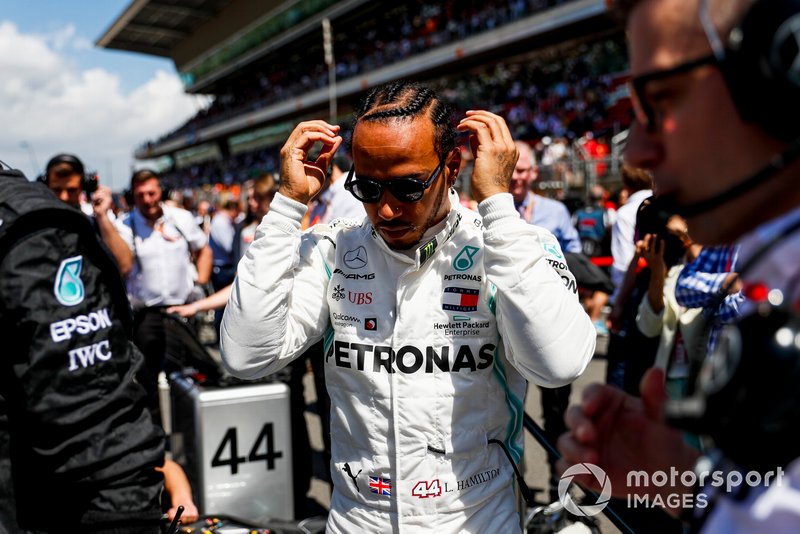 ON WHAT HE FOCUSES ON WHEN HE IS DRIVING...

"Over the years, I've really dug further and deeper into the technical side of it. So, in terms of driving style, each year I have to adjust my driving style due to the tyre that we have.

"When you are actually on the lap you're looking at, braking points are very, very key. From the brake to the apex is where the majority of the time is made. But it's also separating out the lap and finding out where it's better sometimes to sacrifice the entry to get the exit.

"Of course you want to use the maximum width to the track, and keeping the minimum speed up is most often quite key in some places. But there are different driving styles you have to apply to different corners. So it's really trying to figure out what those are.

"It flows through practice and I'm usually pushing more, pushing less, lifting off a bit of the speed, moving the brake balance around quite a bit, and the engine braking. It’s those kind of things, so braking, downshifting earlier, downshifting later. Then there are these different things to adjust the balance of the car. It's not always the easiest to plan for, because the car moves in different ways." 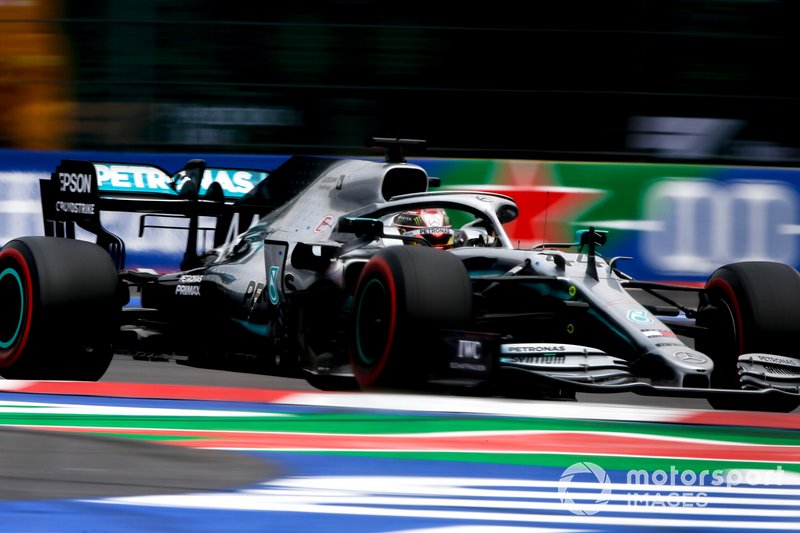 ON COPING WITH CONSTANTLY CHANGING SETTINGS...

"Yeah, that's probably the hardest thing. It is strange because I look at a lot of other drivers, and all of us F1 drivers look at the onboard laps of the other drivers in the previous years.

"A lot of the drivers don't spend time with manoeuvres in terms of the adjustments. I think Ferrari has a flick on the back of their steering wheel, but I move a lot.

"In each corner there’s a limitation to what you can do. If you're going to be [at] very high speed, you have a lot of downforce on some of the corners, so you have more slip when the brake balance is further forward at the front end. Or at some corners you have more on the rear end, like Brazil for example. Let me take you through a lap of Interlagos.

"Then you go through Turns 4, 5, 6, and 7, and just before you get to Turn 8 I move the brake balance rearwards because you put a lot of temperature in the front tyres as you come through, so you don't want front-locking.

"Then go through Turn 8 and 9 and, as you go from Turn 9 to 10, you have to move the brake balance rearwards again, and also the migration rearwards because this is a really tight corner.

"Then coming out of Turn 10, through Turn 11 and down to Turn 12, I move the brake balance forwards. As we come into the last corner, again it's all about the exit.

"I'm constantly trying to explore. You have to be able to focus on hitting the apexes and the braking points perfectly, and adjusting these things has taken a lot of time to practice. You have to have extra bandwidth, you know, in your focus region, to be able to do those and get them perfect." 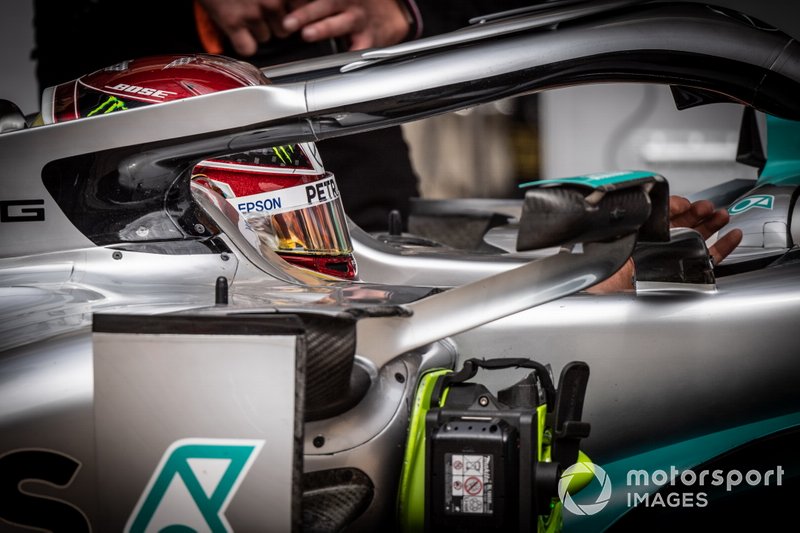 ON THE POTENTIAL DISTRACTION OF TEAM RADIO...

"When it comes to qualifying, talking is usually only in select sections of a track, which are less busy. That means long straights, so you can quickly engage the radio and speak. I don't like to be spoken to in a mid-section of a lap, for example, where it is super busy.

"Just like anybody else, if they start talking to me and I'm braking into a corner, it's a real distraction. Sometimes I lose two tenths, or half of a second, and it's pretty frustrating. So we have to be very clear, just about the communication with the engineer." 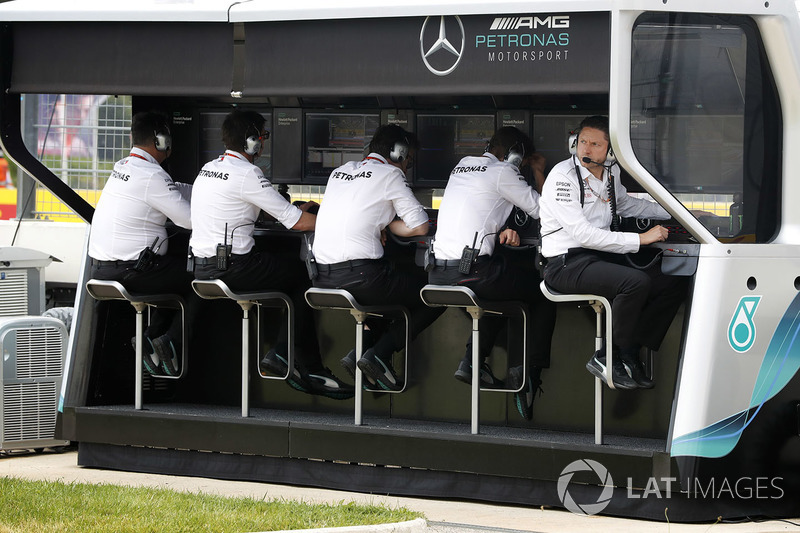 The Mercedes team on the pit wall

ON ADAPTING TO WHAT THE TEAM WANTS YOU TO DO IN THE RACE...

"On Saturday night there are a lot of documents that I read. Qualifying is obviously done so you move attention to the next day.

"On Sunday, they take you through a large selection of strategies, and when they're telling me those I am constantly questioning everything that they suggest: look how far the tyres can go, or how short the tyres will go, how early our pitstop is. I ask a lot of questions through those times.

"If you look at Silverstone this year, they asked me to do a two-stop but I believed I could do a one-stop. I stayed out and the one-stop worked.

"I think the last race [in Brazil] we went on at least five laps longer than we originally thought. I was driving to our original stop, which I think was on [lap] 18, thinking that at 18 I should have no tyres left.

"They told me, I think, maybe five laps before that you have to back off a little bit, push a little bit less in the high-speed [corners] in particular with the front tyres, because they're the ones that are degrading. So you then have to change a little bit.

"When it comes to fuel-saving, that's relatively easy. I find it an easy technique. But naturally I think I’ve got better over the years. They used to show on the TV how much fuel you are using and I always used less.

"I used to get this just to understand how big the impact was on each corner. If you use a high gear, so instead of using third you use fourth, but still get a good exit, what difference did that make?

"I'm looking at all these things to save, plus save your downshift, and use less energy braking, all these different things. I think so deep into it. And it could potentially be sometimes too deep, but this is how I am wired." 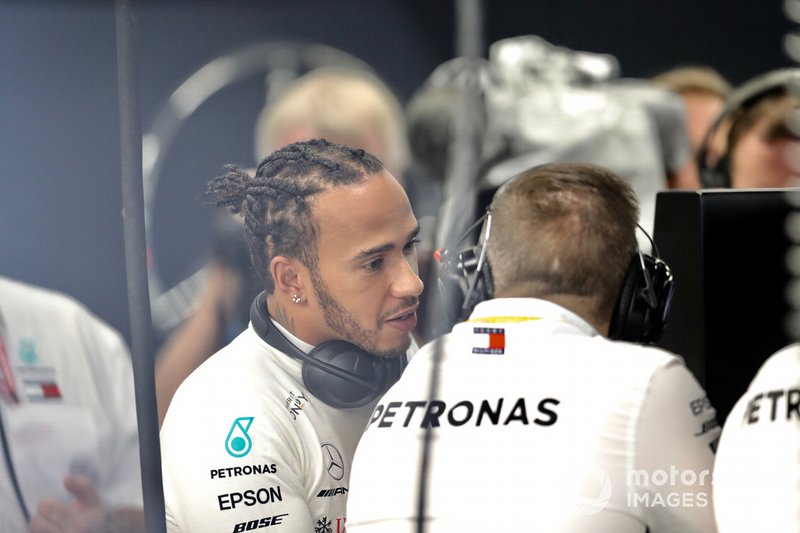 ON MAKING THE TEAM ENJOY WORKING WITH YOU...

"There's a lot of aspects to my job. It is not just the driving, it is working the factory. We have all these partners that we have to continuously work with. There is a lot of filming. There's so many photoshoots, and there is so much media in the background of what you're doing.

"On top of that, I’m trying to fit in a bit of training and a bit of time with your family. So trying to find the whole balance is not easy. There's definitely parts that I dislike in general, but I think that is the same for everybody that has work. So I really just try my hardest to find enjoyment in everything that I do, even if it's really hard..

"I'm very lucky and I often make sure I have got good, fun people that I love around me. With my engineers, they are super, super serious. I think for me also being Brits, they don't let out their emotions as easy as, for example, the Italians do. When you are on the podium, the Italians go crazy!

"What I want to try and bring into the environment is just great communication, I try and bring in a lot of laughter. Try and have fun, but not deterring us all from the job at hand and keep us focused and busy.

"There are certain characters that I work with, and it's been really hard to kind of break them. There is one guy for example who was never particularly optimistic. He was: 'It’s going to be a really difficult day and we might finish second'.

"I told him that what you say and the energy that you project, we all feel that. So we need you also to be like: ‘No, today we can do it. I don't know what we can do but we're going to do great.’

"This year in every race, and I feel really honoured to have switched him, now he's always smiling, and it's really really made a difference.

"I've noticed myself if I arrive, when I don't really want to be there, and have negativity, that everyone else feels that, you know. So I'm always trying to be the best me, because I know if I'm shining as bright as I can, I'm able to get people up next to me.

"If Bono [race engineer Peter Bonnington] is having a difficult day, I come and say 'hey, we can do well!' It's like, ‘okay he's on it, he is with me today.’ And then there are days where it's the other way around and Bono is like, ‘Come on mate! Pick it up’. And so that's what real teamwork, I think, is about." 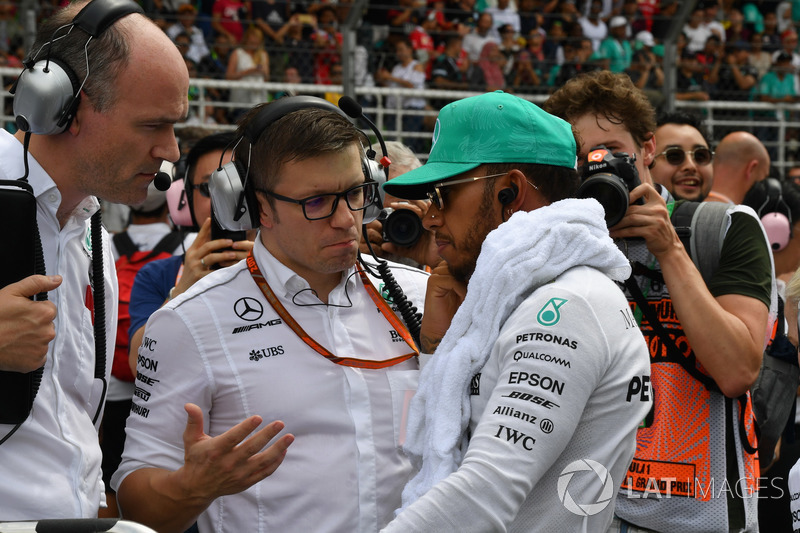 How ageless Raikkonen defied the risk of joining Alfa