Hamilton’s investment was revealed in a tweet by the Broncos on Tuesday, attributed to Rob Walton, who is the heir of American retail giant Walmart.

Walton’s group takes over the Colorado team's NFL franchise next week (subject to approval by rival team owners) ahead of the upcoming new season in a record-smashing $4.65billion deal, which is more than double the amount paid for any team in history.

The purchase makes Walton, said to be worth $58billion by Forbes, the wealthiest team owner in American Football. A collector of vintage cars, Walton made the motorsport headlines in 2012 when he crashed a $15million Shelby Daytona Cobra Coupe at Laguna Seca.

“We're delighted to welcome seven-time Formula 1 World Champion Sir Lewis Hamilton to our ownership group,” said Walton. “He is a champion competitor who knows what it takes to lead a winning team and a fierce advocate for global equality, including his own sport.

“With over 100 race wins, Lewis is considered the most successful F1 driver of all time. His resilient spirit and standard of excellence will be an asset to the ownership group and the Broncos organization.”

Hamilton, who joins former U.S. Secretary of State Condoleezza Rice in the new ownership shareholding group, said: “Excited to join an incredible group of owners and become a part of the Broncos story! Honoured to work with a world class team and serve as an example of the value of more diverse leadership across all sports.”

Hamilton has owned property in Aspen, Colorado (150 miles from Denver) for some time, which he uses as his winter off-season retreat for his training programme. 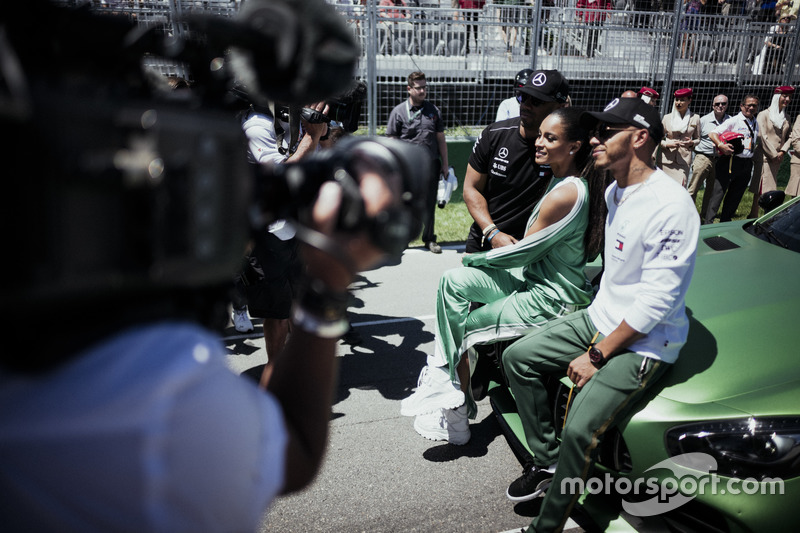 Hamilton was congratulated on his new role by the Broncos off-season star signing quarterback, Russell Wilson.

The two are friends, and Hamilton hosted Wilson and his supermodel wife Ciara at the 2018 Canadian Grand Prix – taking him on a hot lap of the Montreal track in an AMG Mercedes sportscar.

Since winning Super Bowl 50 in 2016, the Broncos have never made the playoffs. But the team has been tipped to perform strongly this season, which starts next month.