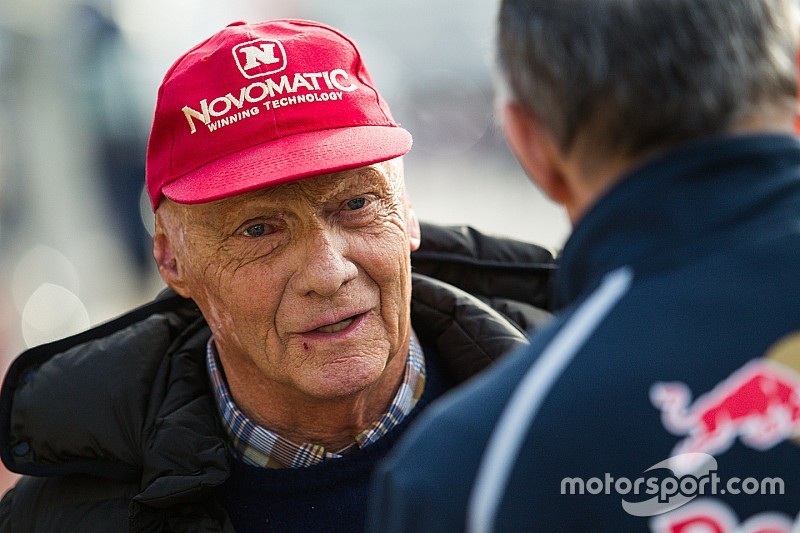 From the Australian Grand Prix this weekend, the sport will have a new system that it hopes will shake things up on the grid and in the races.

The new format, however, has not been well received by several drivers, who reckon the old system worked just fine.

Lauda, a non-executive chairman at Mercedes, has joined the group of detractors, although he said it is a better alternative than reversed grids, an idea proposed by Bernie Ecclestone.

"The new format seems stupid," Lauda told Gazzetta dello Sport. "I am part of the Strategy Group and Ecclestone came up with the idea that it would be necessary to change something in the fight for pole position in order to make it more competitive.

"The initial proposal was to reverse the grid, with the fastest time in 10th place and so on.

"For us at Mercedes it was not a compelling idea. So it was better to accept the other proposal, though I don't know if everything will be ready in Melbourne to deliver it."

The Austrian reckons Mercedes remains the team to beat this year, but he thinks Ferrari has closed the gap.

"It is not Mercedes' fault if in recent championships we have been stronger," he added. "The goal is to continue, but I think the margin has decreased.

"Last year we were half a second ahead of Ferrari, while this year I think it's down to two tenths. That can happen."

Mark Webber: "Daniel Ricciardo is faster than I ever was in Formula 1"

Sainz: “I have to help Toro Rosso reach the top five”