On an Imola weekend where Verstappen was the class of the field, Hamilton endured one of his most difficult weekends since he joined Mercedes as he qualified outside the top ten and came home 13th.

That performance was in stark contrast to last year where Verstappen and Hamilton regularly battled for victories during a campaign where tensions erupted at times.

Writing in a column on Verstappen’s official website, Jos cheekily suggested that he took some pleasure from seeing his son put a lap on Hamilton.

“Max had an excellent weekend in Imola,” wrote Verstappen Sr. “I found him incredibly strong. He didn’t make a single mistake, was solid and completely in control.

“Red Bull clearly made a step in the right direction. Of course, we knew the car would get an upgrade in Italy, but with the weather conditions it was hard to make a comparison. But we can definitely conclude that we’ve become stronger.”

He added: “Honestly, I did enjoy seeing Max lap Hamilton, after everything that happened last year. Hamilton really had a tough time, whereas his teammate George Russell seemed to be more balanced. It’s not often you have the opportunity to lap a Mercedes.” 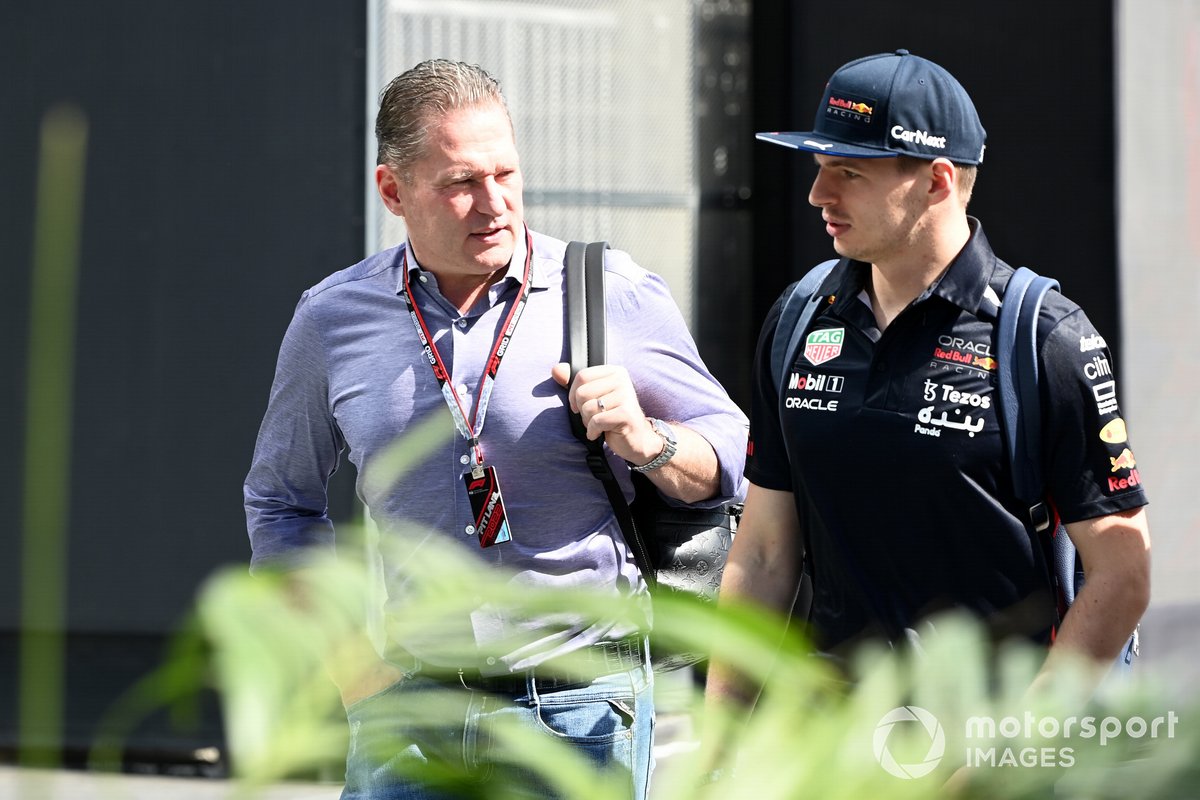 Verstappen’s comments about Hamilton being lapped come in the wake of Red Bull motorsport advisor Helmut Marko also stirring things up over the matter.

Speaking to Sky after the Emilia Romagna Grand Prix, he made reference to the rumours over the winter that Hamilton could be poised to quit: “Maybe he should have stopped last year.”

Red Bull team boss Christian Horner was more diplomatic, though, saying that Verstappen lapping Hamilton was of little interest to him.

Asked if it was a significant moment, Horner said: “No, not really. Obviously Lewis didn't have a great weekend, but we're very much focused on our race and just trying to extract the maximum points.

“It was obviously one of those things but, at that point, we're looking at the clouds and was the rain going to come in that last part of the race or not? We were more focused on that.”

Mercedes boss Toto Wolff has cheekily suggested that Verstappen lapping Hamilton may well make the cut in the next Netflix: Drive to Survive series though, as he says the moment is more something he should be blamed for than his drivers.

“We've won eight world championship titles in a row, but we've been extremely bad coming off the blocks this year. Part of the job is that you get written up and you get written down. That’s the way business is.”

Wolff: Thoughts of walking away from F1 not crossed my mind