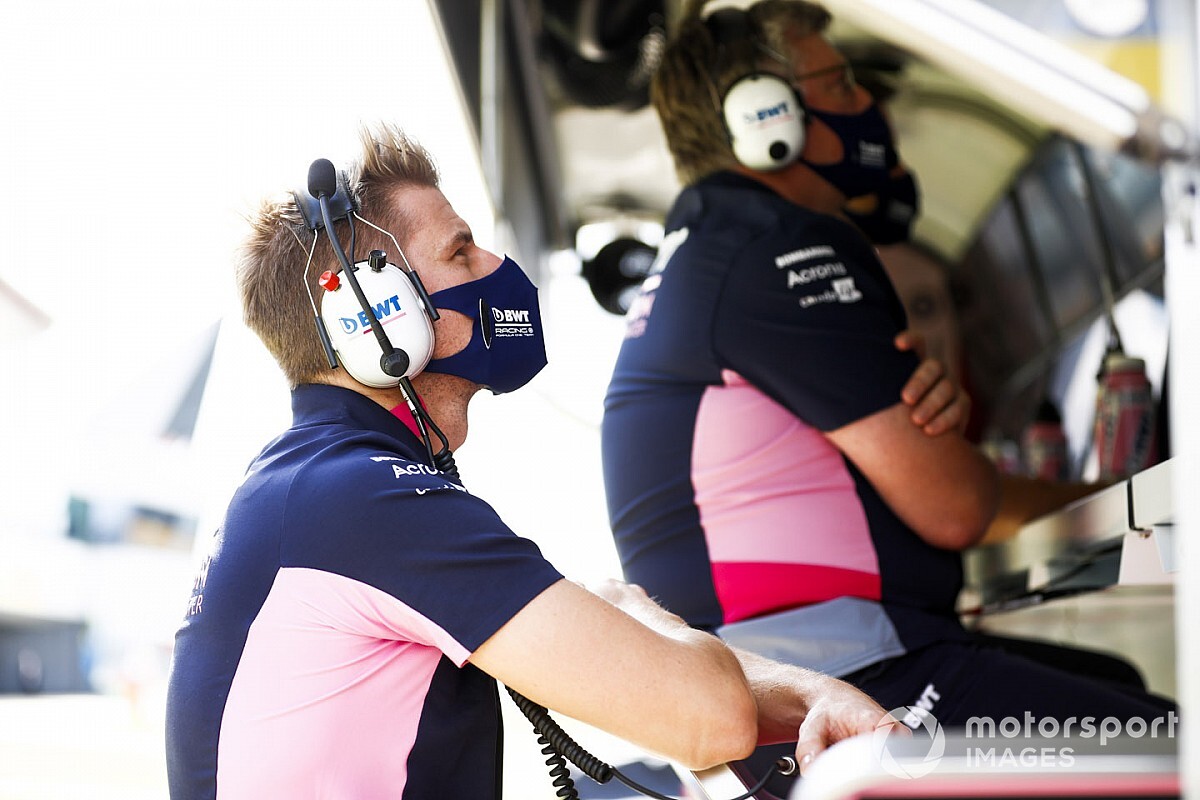 Nico Hulkenberg says his failure to start the British Grand Prix was fitting after a crazy four-day spell that saw him miss out on his Formula 1 race comeback.

Hulkenberg made a shock F1 return at Silverstone after being drafted in by Racing Point when Sergio Perez tested positive for COVID-19.

The German driver had been left without a seat for the 2020 season after being dropped by Renault at the end of last year, but received a call from Racing Point on Thursday while en route to the Nurburgring for a GT car test.

Despite tight time margins, Hulkenberg was able to get all of the necessary paperwork complete and a negative COVID-19 test sorted in time for him to take part in opening practice at Silverstone.

Despite not having driven an F1 car since his final appearance for Renault at the end of the 2019 season, Hulkenberg qualified 13th for Racing Point, and was close to making it through to Q3.

But a power unit issue in the garage before the race meant Racing Point was unable to fire up Hulkenberg's car, preventing him from taking the start of the race.

Hulkenberg joked after the race that it was fitting event after an unpredictable few days that had seen him receive an unexpected chance to return to F1.

"It's crazy, isn't it? Somehow it fits into all these crazy days that I've experienced," Hulkenberg said.

"But obviously disappointing for me and for the team.

"They tried everything, but [because of] some sort of power unit issue, we didn't manage to start the car and get out there, which is obviously a disappointing problem. We're looking into why."

Hulkenberg is expected to deputise again at next weekend's 70th Anniversary Grand Prix at Silverstone while Perez completes his mandated 10-day quarantine period, although Racing Point is awaiting clarification of the UK's government guidelines.

"If there's a next weekend, then today would have been very important to get more experience to understand and learn more about the car, especially in the race conditions," Hulkenberg said.

"This is just lost on that side, but I guess it is what it is now. We'll have to see how things go for next weekend."