Are you baffled by the terms ‘overcut’ and ‘undercut’ and have you ever wondered what the strategist does on pit wall? Find out that and more here…

Strategy is the key to success in F1. The days of going flat out to win are long gone and now, with tyre wear so important in races, drivers and teams have to be far cleverer than that.

Everyone loves an overtake, but often the deciding moments of a race don’t come from the cockpit, they come from pit wall.

In the same way that a football manager and the backroom staff use research, analysis and strategy to determine the success of their players, the strategists on an F1 team do the same for an F1 driver.

Why does an F1 team need a strategy?

Unless the race is wet throughout, drivers have to make at least one pit stop. That’s in the rules – just to help spice up races and avoid cars running in a train.

In the past, cars also used to stop to refuel. The first time that happened was when Juan Manuel Fangio did it as a one-off in the 1957 German Grand Prix but then nobody did it again until Brabham tried it in 1982.

They proved that fuelling light so the car went faster then stopping midway through for fuel and also some fresh rubber was a clever strategy. It caught on with other teams but was then banned in 1984.

Ten years later it was back, when F1 decided it needed to spice things up. Huge safety measures were put in place – but sometimes it went wrong, most famously when Max Verstappen’s dad Jos was engulfed in flames at Hockenheim.

Refuelling was banned again in 2010 but to keep the strategy element that had proven so popular, the rulemakers decided to required teams to use two different types of tyre during the race.

Different tyre types perform differently, with softer tyres giving more grip but wearing down more quickly, and that degradation – or deg – is core to the team’s strategy. 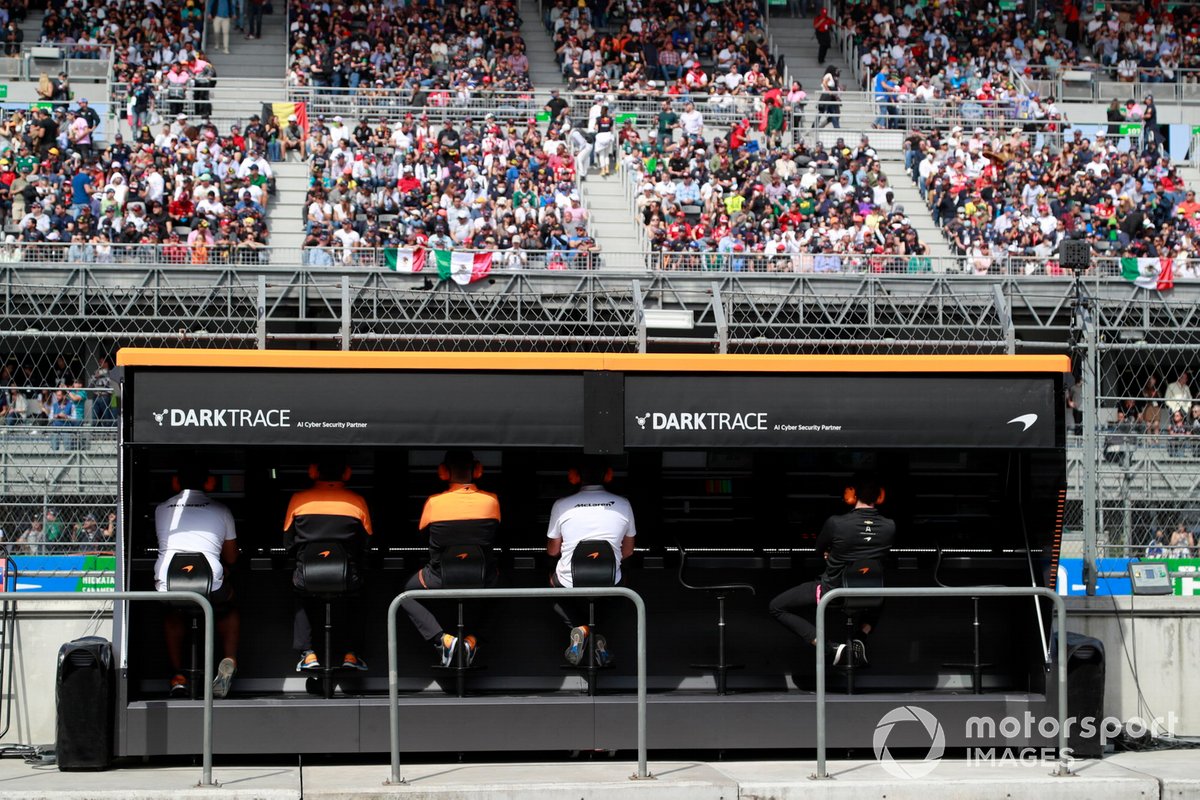 The McLaren team on the pit wall

What influences a team’s strategy?

The decision on what race strategy to take is based on huge amounts of research and data analysis – both pre-determined and race weekend dependent.

Around six weeks before the race, the strategists will gather data on variables such as the time it takes to come in and out of the pit lane; the average expected pit stop time; the chances of a safety car; and the effect of a safety car.

They use this, coupled with predictions of the pace and deg of their own car and that of their rivals, to develop the baseline strategy for that particular race.

Once at the track, practice sessions provide live information on tyre performance (see article IG1). Teams collect data on the deg for each tyre type – again, for them and their rivals – and plug that back into their simulations to refine them.

Tyre wear is not only affected by tyre type and tyre temperature but also by car weight. As a race runs, fuel is burned off and the car becomes lighter, reducing the impact of wear on the tyres. All this must also be factored in.

Finally, the position a driver qualifies and the accurate weather predictions (not just the chances of rain but also the likely air and track temperatures, wind speed and direction) will all play a factor in what will be the optimum plan. 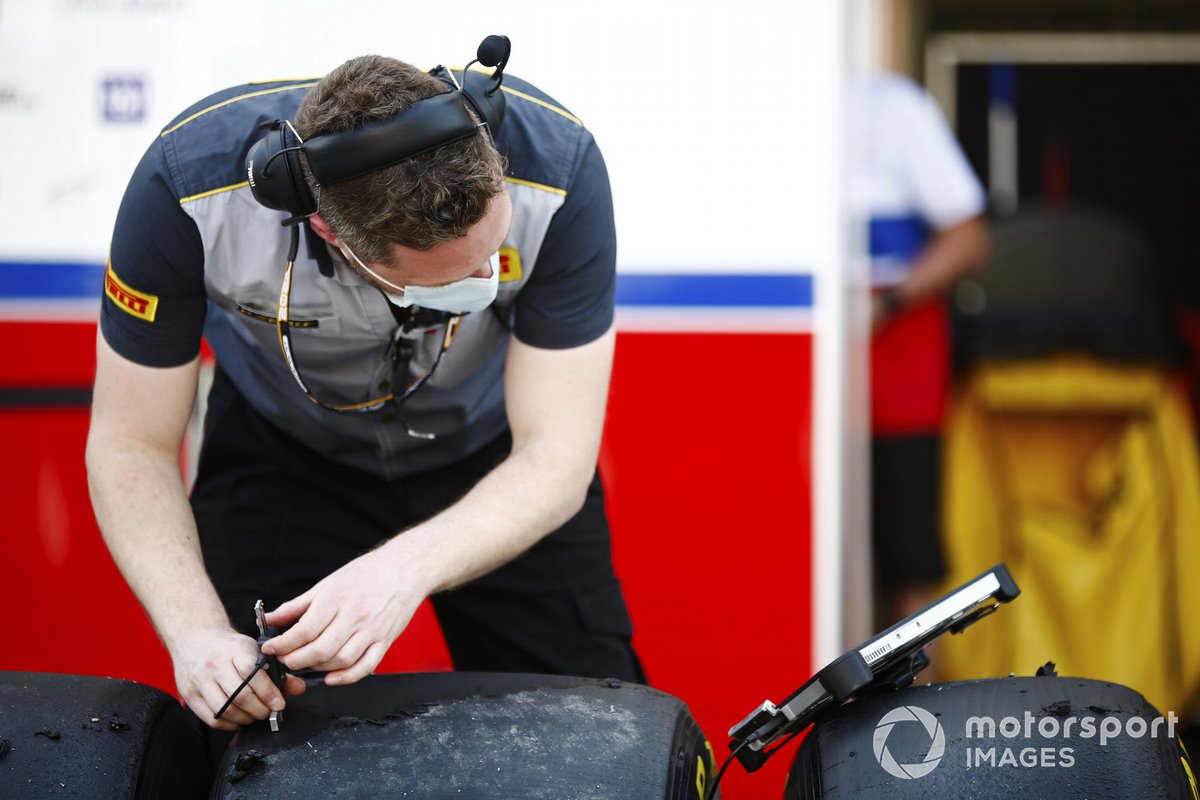 How do teams decide what strategy to use?

All the pre-determined and live information is fed into a computer program that adjusts the variables to calculate the shortest time in which the driver should be able to complete the given number of race laps.

This prediction includes the effect of traffic. It determines when a driver might get behind other cars and be delayed and predicts the best time to pit to avoid being held up for too long but also to come back out in a clear gap.

The simulation spits out the optimum Plan A strategy, including what lap to stop on and what lap times the driver needs to run at. Teams will also have a Plan B alternative as the next best scenario if the first does not go as expected. 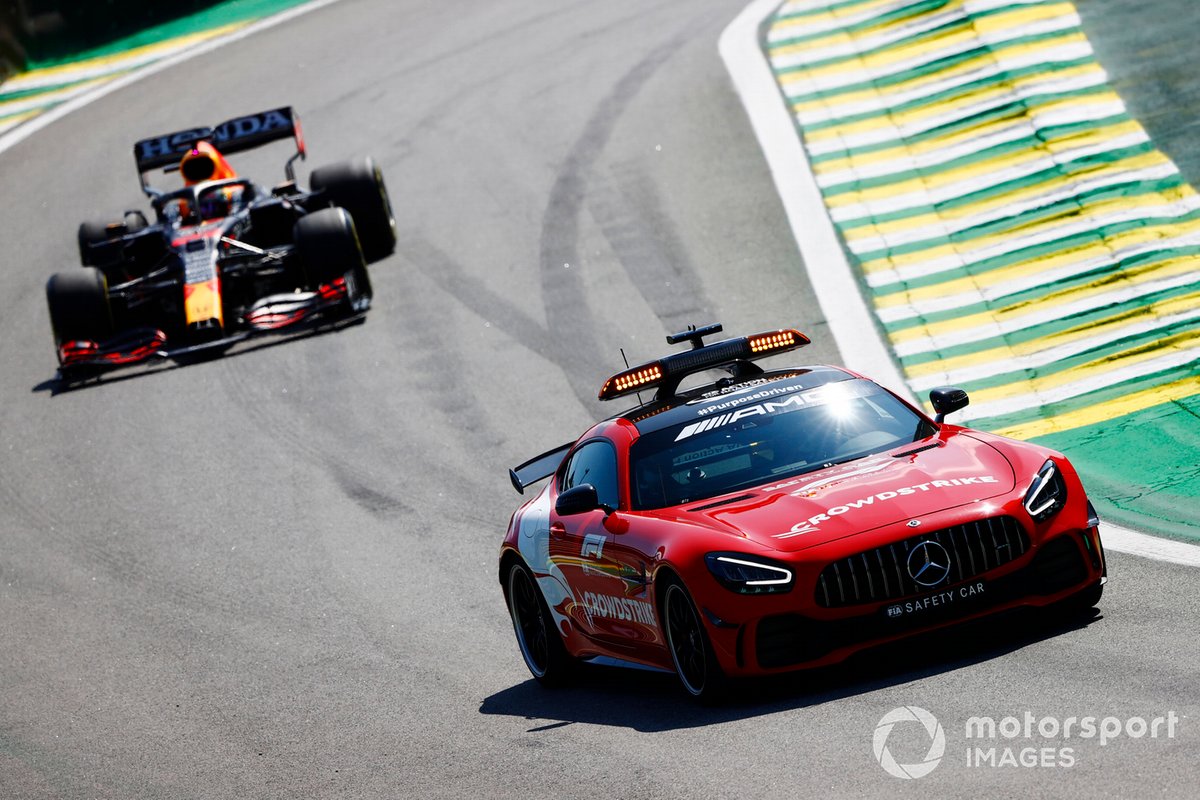 If they have a strategy, why does it change?

The planned strategy is just the starting point, as things often do not work out as expected – not only within the team but with the opposition too.

One of the most crucial parts of the strategy is the pit stop out lap and making sure a driver comes back on track in as much space as possible, as opposed to being pitched into battle in the middle of the pack.

On pit wall, in the garage and even back at base, the strategy team is constantly monitoring the pace and position of the other cars and running live simulations to predict how the strategy options are changing.

Teams might play the weather, delaying a pit stop in case rain comes and they have to pit again. They may also react to a safety car, which slows the field down and allows cars to pit and lose less time.

Perhaps the biggest element of strategy, however, is monitoring where the gaps are, how they are changing and adapting to take advantage or avoid other cars. And that is where the undercut and overcut comes in. 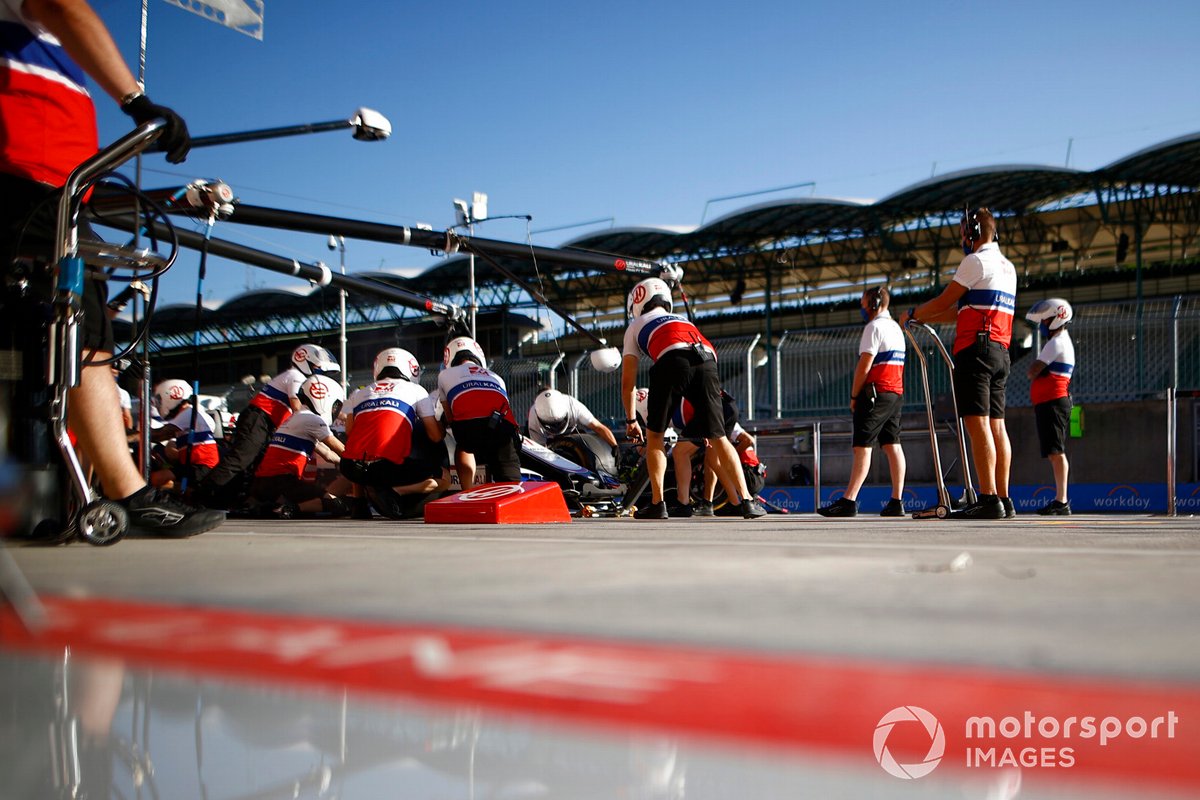 What is an undercut and overcut and how does it work?

Nobody reveals their hand until as late as possible, but as soon as a rival pits the teams must decide whether to alter their strategy to react to that move or stick to their original plans.

If a driver gets stuck behind a rival, the team may opt to go for an ‘undercut.’ This is when the driver pits earlier and then sets a few faster laps on new tyres to try and be ahead when the other driver stops. Getting out in clean air is crucial.

Equally, if a rival pits and there is still good performance left in the tyres, a team may opt for an ‘overcut.’ In this case, the driver stays out and pushes for a few laps in the hope that once they pit they can come out ahead of their rival.

Whenever these moves are made, teams constantly calculate and predict their car’s pace and that of their rivals.

Despite all this insight and knowledge, however, if a driver clips a kerb, a mechanic fumbles a wheel nut or some drops of rain come down at the wrong time, the race can be turned on its head in an instant.

But don’t think the team has planned for that – as soon as any issue occurs, the simulation computers will be whirring with new scenarios, working out how to make the most of the latest situation.