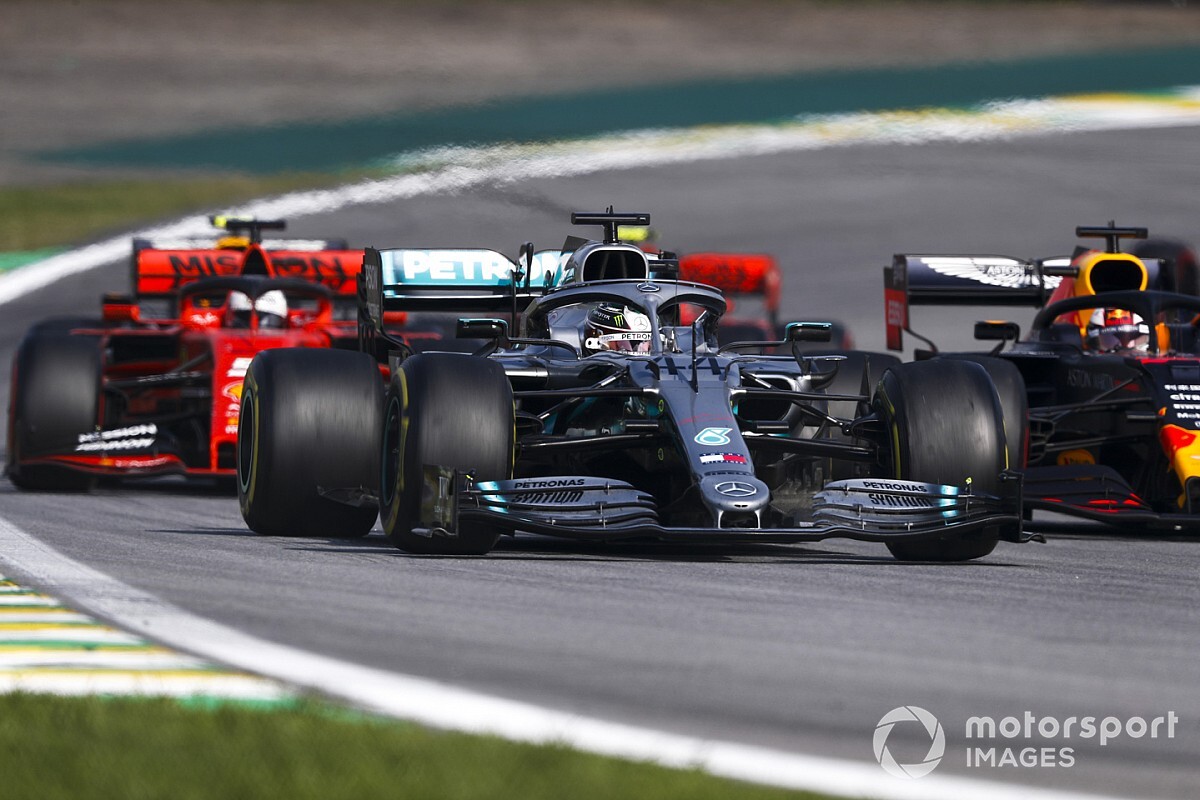 In an attempt to address costs Formula 1 teams have agreed to a system of freezing some components both within the 2020 season and heading into 2021, and the full details of how it will work have now emerged in the updated technical regulations for both of those seasons.

Within a system of what are now called "homologated components" there is still some scope for development via a token system. In other words, teams can decide which elements they wish to upgrade, but they can only do it with the full knowledge and agreement of the FIA.

Much of the car remains completely free, including most aerodynamic elements, so teams can still develop in those areas.

As with the new technical rules, now postponed to 2022, the general idea is to keep open the visually-attractive components.

Within 2020, there are two possible freeze dates. The first, known as R1-2020, goes from the earliest date between the date of FP1 of the first race of the 2020 championship, or 1 September.

The second freeze deadline, known as Mid-2020, is the earliest date between the date of first practice of the eighth round of the 2020 season, or 15 October.

In essence, key components such as the chassis and gearbox that rarely change anyway are frozen at R1-2020, while some aero, inboard suspension and other parts that are usually more subject to development have more flexibility, face a later freeze.

However, any change must have no performance or weight improvement and will require FIA approval.

Teams are allowed to deploy two tokens to modify components after the freeze dates. However, they have to take three steps, within deadlines known as D1, D2 and D3.

D1, D2 and D3 are different in the cases of R1-2020 and Mid-2020 frozen components – for example D1 for the former is five days after the shutdown (which is within the next week), and for the latter it's "the Wednesday following the third competition of 2020, but no later than 1 October 2020".

The FIA makes it clear that teams should be sure they really want to deploy their tokens, as there are no second chances if they change their minds on a development route.

Teams are allowed to revert to the original spec, but those tokens cannot be re-used.

It's also made clear that if the upgraded component is supplied to a customer team that team will also have deploy its own tokens in order to use it.

The homologated component system introduced for 2020 will carry over into next season, with some additions.

Various items are added to the original 2020 HC list under this new R1-2021 freeze,  including gear ratios, driveshafts, outboard front and rear suspension, steering and some parts of the cooling system.

All the 2020 provisions for making non-performance changes still apply. The two tokens are also still available to be used, but only if the team hasn't already deployed them in 2020.

Crucially, a team has to set in motion any such 2021 changes well before the end of the 2020 season, by notifying the FIA via the aforementioned D1, D2, D3 deadline system.

They can only be deployed on parts that were frozen at R1-2020 or Mid-2020. Anything frozen at R1-2021 cannot be changed via the token system and are thus set for the whole year.

There's special clause for any customers who are currently buying and using 2019 spec components from a partner team – if they want to upgrade to the 2020 equivalents for 2021, they can make that change without use of tokens.

There is also a provision for McLaren, the only team switching engine supplier as it goes from Renault to Mercedes in 2021 – in order to get a free installation change, the Woking team will have to forego its two tokens.

The same applies if anyone modifies their engine spec so much for 2021 that it requires a new installation.

In essence rivals want to be confident that McLaren can't gain an advantage by being the only team allowed to do a new PU installation for 2021.