The Formula 1 world championship has gone down to the wire on 29 occasions in its 71 years. This weekend’s Abu Dhabi Grand Prix shootout between Max Verstappen and Lewis Hamilton will make that 30 at the end of one of the most dramatic and controversial seasons in F1 history.

They will go into the finale tied on points, only the second time (after 1974) that has happened since the inaugural world championship in 1950.

Although they are both on 369.5 points, Verstappen is ahead on wins countback, having taken nine victories this season to Hamilton’s eight. That includes the shortened Belgian GP, where there were no racing laps, which also explains the half points element of the scores.

Countback is used in the event of a points tie, and is usually decided on number of wins, second places etc – the highest position in which the drivers involved have different tallies.

Where does Hamilton need to finish?

That is unless the Red Bull driver takes the point for fastest lap and finishes 10th to Hamilton’s ninth. They are the only points-scoring positions with a one-point gap, so fastest lap for Verstappen in this scenario would equalise their scores again and the Dutchman would be champion on wins countback.

If they both finish out of the points-scoring top 10, Hamilton cannot deny Verstappen the crown. Even if he takes fastest lap, he would not score a point if he is outside the top 10.

What happens if neither finishes?

If neither driver finishes the Abu Dhabi GP, then Verstappen will be world champion. The only caveat is if there is a controversial clash, arguably the most likely way both would retire given the reliability of modern F1 cars.

Contact between rivals has decided the F1 title before. Ayrton Senna won the 1990 championship by deliberately driving into Alain Prost at the start of the Japanese GP – after Prost had done so unto him, albeit a lot slower, a year earlier – while Michael Schumacher took the 1994 crown after a controversial clash with Damon Hill. 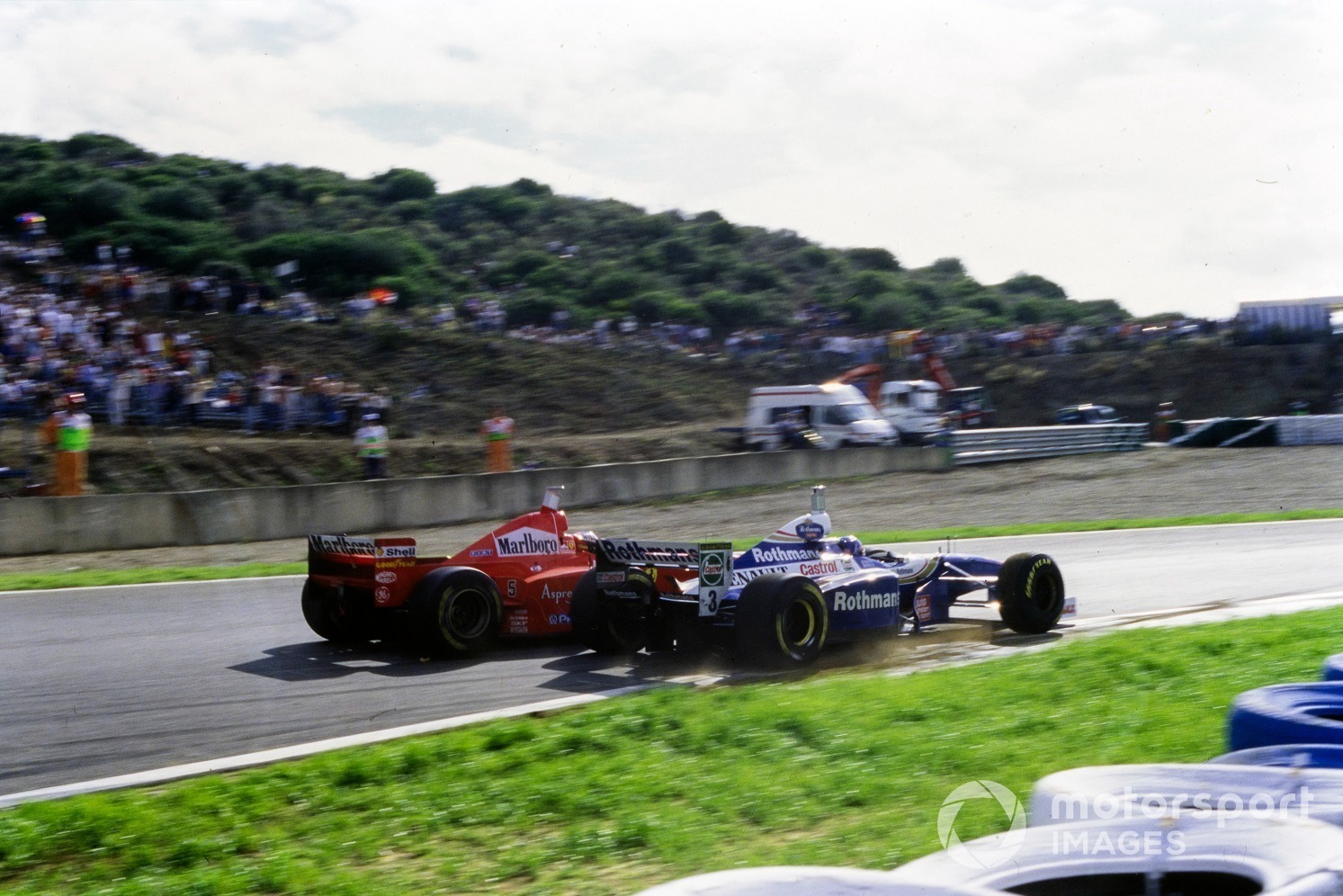 The controversial collision between Michael Schumacher and Jacques Villeneuve at the 1997 European GP. Schumacher was judged to have deliberately turned in on Villeneuve and subsequently was excluded from the entire championship.

However, when Schumacher was deemed responsible for the contact between his Ferrari and the Williams of Jacques Villeneuve at the title-deciding 1997 European GP, he was stripped of his second place in the drivers’ standings by the FIA.

That decision, and the extended system of penalties F1 has introduced since then, indicates that Verstappen runs the risk of being stripped of his crown if he and Hamilton clash and the 24-year-old is deemed to be at fault.