Lewis Hamilton “hopes” he and Max Verstappen will get through Turn 1 of Formula 1’s 2021 Austin race without incident, but does not think the event will be settled there.

This year's two title rivals are starting on the front row for Sunday's US Grand Prix – the first time they have lined up alongside each other at the head of the pack since the Zandvoort race in early September and three events on from their Monza crash.

That was the second collision between the pair this season that caused at least one of them to retire – the other famous incident coming on the first lap of the British GP at Silverstone in July – although they also clashed minorly at the start at Imola and very nearly also did so in Spain.

The possibility of another collision was put to the pair in the post-qualifying press conference at Austin, shortly after Verstappen had claimed his first pole since the Italian GP (which he inherited there thanks to Valtteri Bottas grid penalty) by beating Hamilton to the top spot in Q3 by 0.209s.

Verstappen said he and Hamilton would be driving "like we always try, as professionals", before again lamenting being asked about their clashes – as he did, rather more explosively, in the pre-event press conference at Sochi after the Monza crash.

"I don't see why we always have to keep bringing this up," said Verstappen. "It's not like we are the only ones who have touched, you know.

"In this sport, these things happen, unfortunately.

"But we are on the front row again and everyone is just expecting a great race and that's what we also expect, I think, as drivers. We just want to have a really good race." 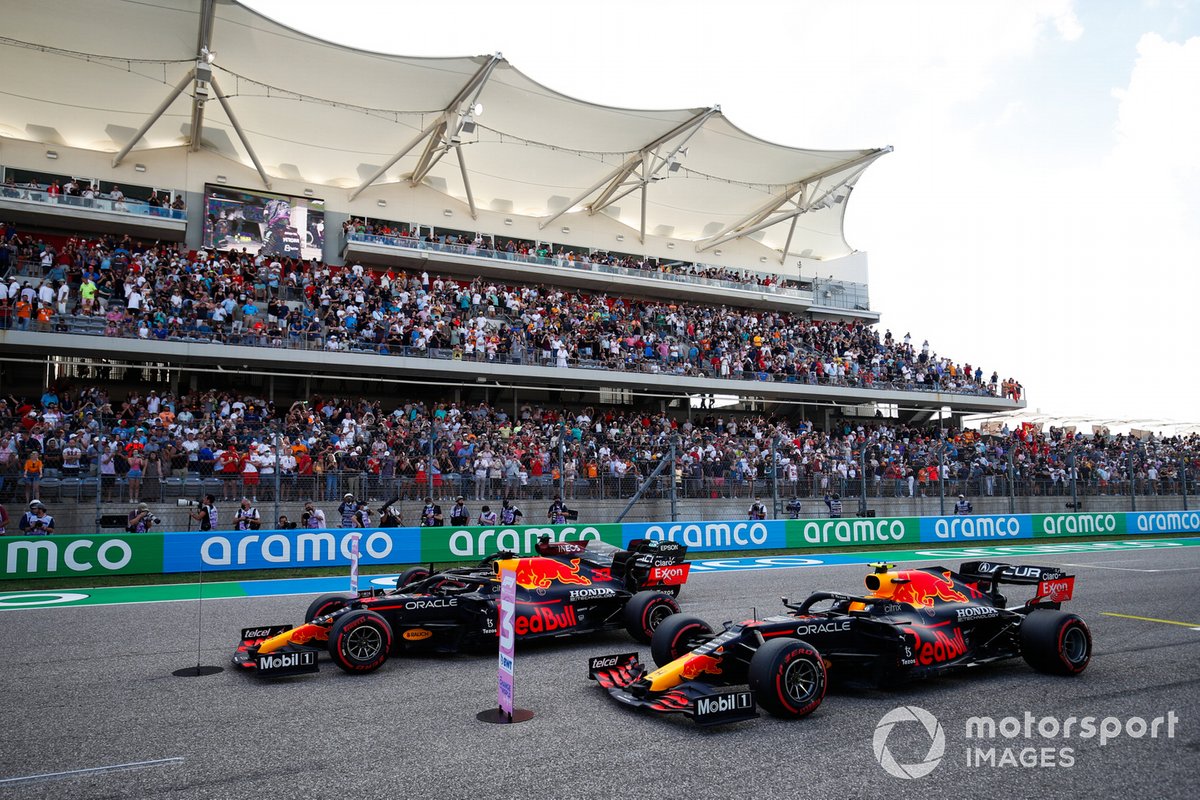 After Mercedes continued its strong form from Russia and Turkey in FP1 at Austin on Friday, Red Bull as progressed impressively since then – leading the way in FP2 and FP3 (albeit helped by Hamilton having quicker times deleted in both sessions) and Verstappen then topping Q2 and Q3.

Verstappen also led the way on long run pace late in FP2, with an average laptime on the medium tyres – which all the frontrunners will use for the first stint of the grand prix – better by 0.301s over Bottas, who completed a comparable similar stint length for Mercedes.

When asked how he felt about his race pace potential, Verstappen said: "I had a bit of traffic as well on my long runs, but everything felt quite normal.

"I do think we also improved the car a little bit [on Saturday] so hopefully that will be better for [Sunday]. I guess we will find out, but there were no big problems.

"It's mainly just tyre wear and tyre deg, which I think we have to look at a bit more closely.

"Also again, we have a little bit of information but also we'll find out throughout the race how they are holding up."

The United States GP as it happened