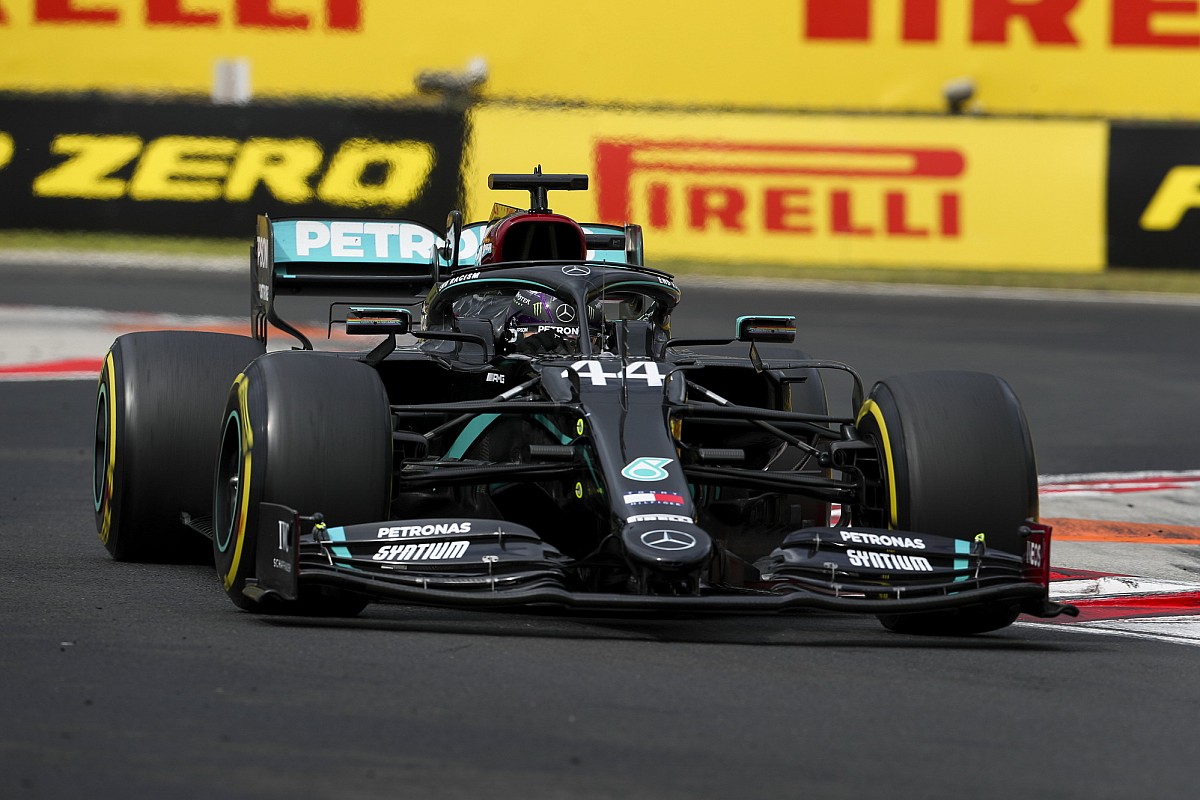 Lewis Hamilton has taken a new MGU-K for the start of the British GP weekend as his Mercedes Formula 1 team continues to hone reliability.

All Mercedes-powered cars were originally due to take a new spec of MGU-K for next weekend's second Silverstone race, which will be the fifth round of the 2020 world championship.

The new spec has been developed specifically to address potential reliability concerns after running on track and the Brixworth dyno this year.

However, the team has decided to give Hamilton his new unit one race early, after some potential "anomalies" emerged following the Hungarian GP.

His teammate Valtteri Bottas and the cars of Racing Point and Williams will take theirs at the 70th Anniversary race.

Drivers are allowed three for the season, although deciding when to allocate them has been complicated in 2020 by the uncertainty of how many races will ultimately take place.

A team spokesman told Motorsport.com: "It's a precautionary change one race earlier than planned due to some data anomalies after Hungary. It's an updated spec of MGU-K for reliability reasons, which will be on all cars from next weekend."

Mercedes technical chief James Allison warned after the Hungarian GP that the team cannot take reliability for granted as it chases a seventh consecutive championship.

"I think anyone who had sat with us through the first weekend of the year wouldn't have entertained the idea of a Mercedes procession at that stage," he said. "They would have seen us all desperately worried about the car, and its ability to finish a single race.

"Every car on the grid has a sword of Damocles hanging over it pretty much every lap, because they are all experimental vehicles with any number of ways that they can catch you out, or actually, you disappoint yourself for not having seen it coming.

“We're only too well aware of the billion frailties that are there, even in a product that is pretty strong, like our car and driver combo that we've got this year.”

Sergio Perez coronavirus: When will he return to Formula 1?