Lewis Hamilton found qualifying for the United States Grand Prix to be “a bit of a struggle” after missing out on pole to Formula 1 title rival Max Verstappen in Austin.

By:
Luke Smith
Translated by:
Filip Cleeren
Listen to this article

Hamilton and Mercedes set a blistering early pace in practice on Friday at the Circuit of The Americas, but Red Bull hit back on Saturday as Verstappen and team-mate Sergio Perez took a provisional 1-2 in Q3.

Hamilton was able to improve on his second run in Q3 to take provisional pole away from Red Bull, only for Verstappen to find more time and secure pole position by two-tenths of a second.

Perez fell 0.015 seconds shy of Hamilton’s time at the end of the session, ensuring the Mercedes driver clung on to a front-row start for the race.

Hamilton was heard apologising over team radio to Mercedes after the session, but was told by engineer Pete Bonnington: “We can do something from there, definitely.”

“I gave it everything today,” Hamilton said in the post-session interview in parc ferme with ex-NASCAR and IndyCar driver Danica Patrick. “It was a bit of a struggle through qualifying. I think from Q1 onwards, we kind of fell back a little bit.

“And those guys [Red Bull] were incredibly quick through qualifying. So I was happy with my last lap. Of course there's always areas that we can improve, but I think that was pretty much everything we had.

“We will just work as hard as we can, tomorrow, it is good positioning for tomorrow so hopefully it will be a good race down to Turn 1.” 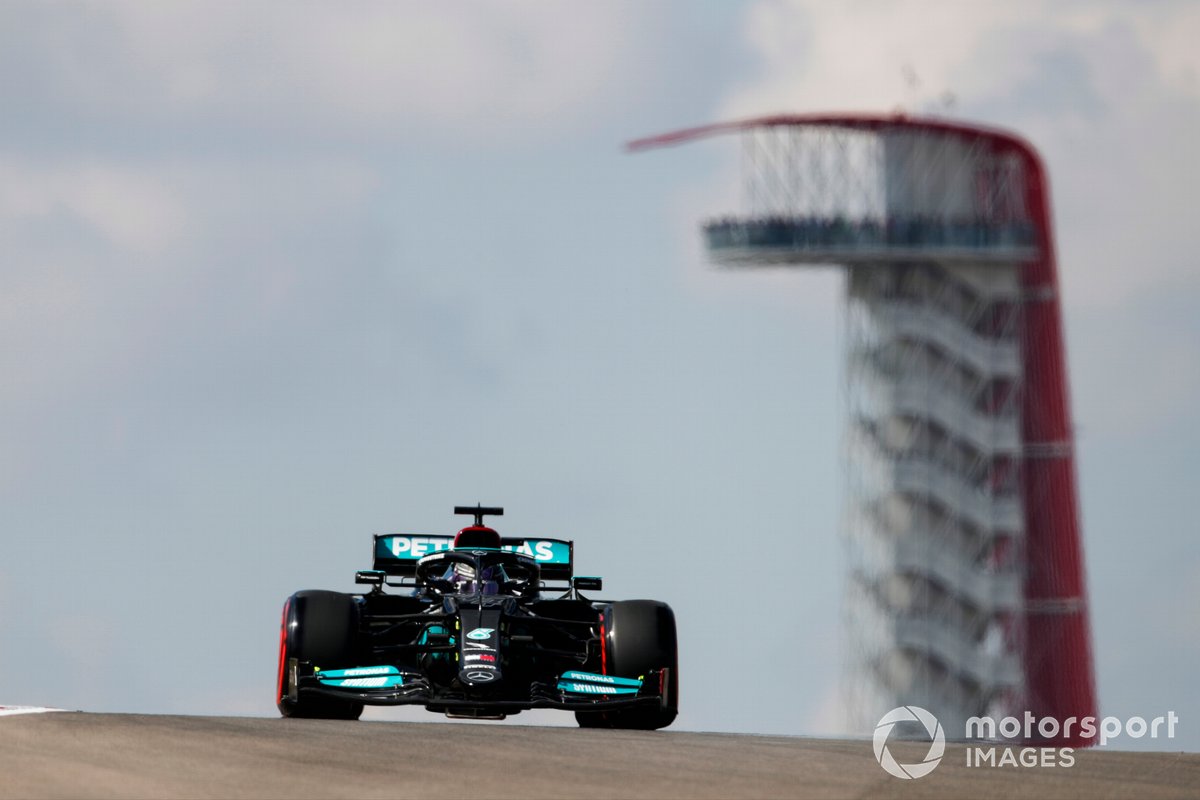 Hamilton will enter Sunday’s race at COTA looking to reclaim the lead of the drivers’ championship from Verstappen, who sits six points clear with six races remaining this season.

But the Mercedes driver will be without the support of team-mate Valtteri Bottas at the head of the pack as the Finn needs to serve a five-place grid penalty.

Bottas qualified fourth, three-tenths back from Hamilton, but will start from ninth place after Mercedes took a fresh engine ahead of the race weekend.