Hamilton explains why he missed pre-race kneeling at Monza 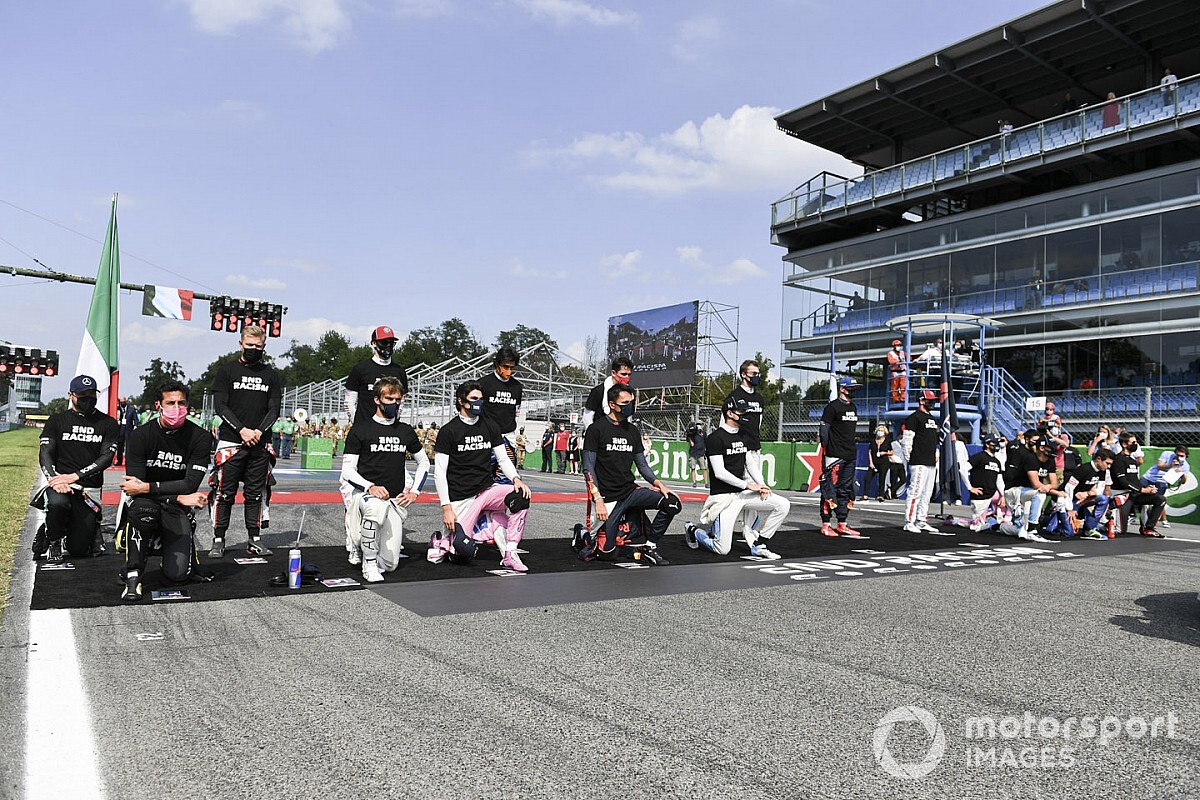 Lewis Hamilton missed Formula 1’s pre-race anti-racism demonstration due to a timing mix-up after returning to the Mercedes garage.

F1 has held a formal demonstration for its anti-racism messaging at races since the British Grand Prix in July, giving drivers the opportunity to take a knee or make other gestures at the front of the grid.

Hamilton - F1’s only black driver - has been the leading figure in the series over its anti-racism messaging, but was absent from the demonstration ahead of Sunday’s Italian Grand Prix.

Ferrari’s Sebastian Vettel also failed to attend the demonstration, leaving two empty spots among the drivers ahead of the national anthems.

Hamilton joined the drivers to stand for the anthem, wearing a ‘Black Lives Matter’ t-shirt as he has done at previous races.

Hamilton explained after the race that he only missed the demonstration as a result of a timing mix-up, having returned to the Mercedes garage to complete his final preparations.

“[It was] just timing,” Hamilton said.

“My garage is the furthest away. I took the scooter back, and just basically ran out of time. I thought I left to come back in time - usually I’m guided of when to leave.

“I left when I was told to leave the garage, to come back, but by the time I came back, everyone had already taken the knee.

“[I] definitely missed it, but it’s not the end of the world.

“I got to see that my team continued to take the knee, which is great. We’ll just try and do better with timing next time.

“Perhaps I won’t go all the way back to my garage when it’s that far away. In the past, there is usually another toilet somewhere closer.”

F1 added an extra 10 minutes to its pre-race scheduling from the British Grand Prix onwards to give drivers more time to partake in the anti-racism demonstration following criticism from many on the grid.

How low can you go? Skinny Monza F1 wings explained