Hamilton under investigation for Q1 incident 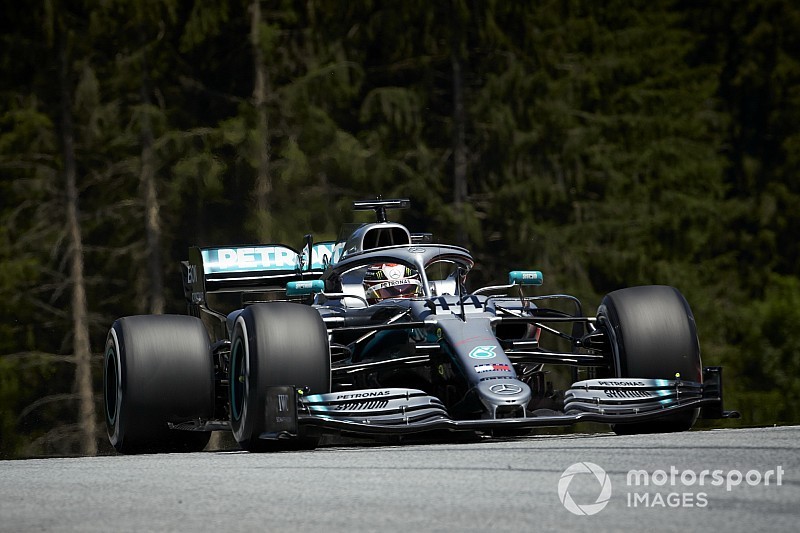 World championship leader Lewis Hamilton is to face a stewards' investigation over an alleged impeding of Kimi Raikkonen in Q1 for the Austrian Grand Prix.

Raikkonen was on a hot-lap during the first session of qualifying when he closed up at high speed on the drag up to Turn 3. Hamilton appeared to have spotted Raikkonen very late and, being on the inside for the corner, he elected to get out of the Alfa Romeo's way by running wide past the apex.

But in running off track, the Mercedes driver crossed Raikkonen's path and the Finn complained on team radio that he had been slowed.

"Hamilton completely blocked me," said Raikkonen to his pit wall, who also gave Hamilton a single-digit salute from the cockpit after the incident.

The incident was noted by race control and the stewards have elected to investigate it after qualifying to work out if Hamilton did anything wrong. If he is found guilty, then Hamilton could be handed a grid penalty. He went on to qualify second to Ferrari's Charles Leclerc.

Speaking in the post-qualifying press conference, Hamilton explained he wasn't aware Raikkonen had been coming up.

"Basically one of the team’s cars came by and I was braking for the hairpin, Turn 3, and I saw the other one coming," Hamilton said.

"So I got off the brakes to go straight on to get out of the way as I didn’t wan to meet them in the corner. I don’t think I met him in the corner but I think I probably put him off, I would have thought.

"Not ideal and I wasn’t aware that that car was coming, so not the easiest."

George Russell is also under investigation for an incident towards the end of Q1 when Toro Rosso's Daniil Kvyat had to take avoiding action at the penultimate sequence of corners to avoid the slow Williams. The Russian was knocked out as a result.

"Williams was the one to bring it up, always complaining they are blocked, and today they blocked me," he said.

"George said team did not tell him, but whatever penalty he will get it will not bring back my qualifying."