Hamilton says weeks off made him lose momentum

Lewis Hamilton has admitted he has faced a 'difficult' weekend so far on his Formula 1 return at the Abu Dhabi Grand Prix, after only managing third in qualifying. 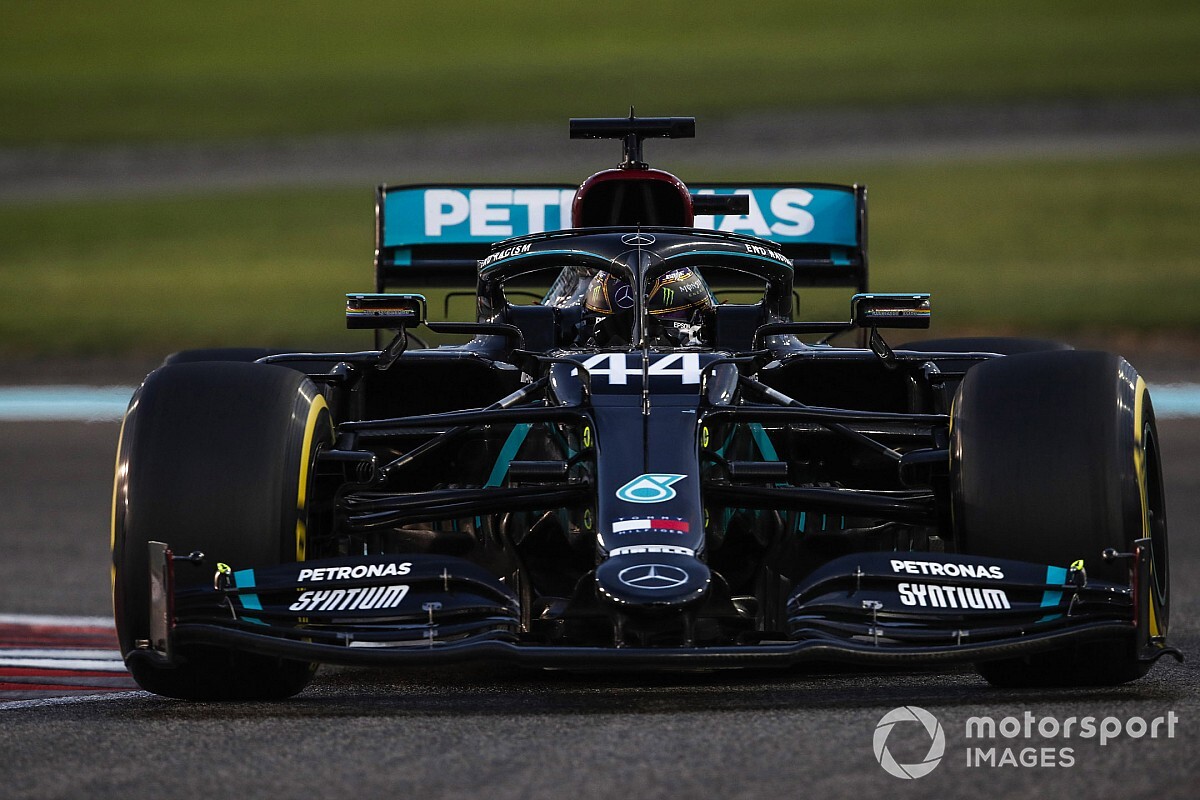 The world champion had missed last weekend's race in Bahrain after contracting coronavirus, but was given the all-clear ahead of the F1 season finale in Abu Dhabi.

After getting back up to speed on Friday, Hamilton took third place on the grid, behind pole position man Max Verstappen and Mercedes teammate Valtteri Bottas.

And although he missed just one race, he says it has been hard to get fully back into the swing of things.

"It's definitely been a difficult weekend I would say, just getting back into rhythm," he said. "Even though it's only a couple weeks off, it just felt like you lost that momentum.

"And I've really struggled so far already with the balance this weekend. But still I gave it my all.

"And, you know, congratulations to Max, it's great way for him to seal the year, a year of great performance. But we're going to hopefully give them a good run for their money tomorrow."

Hamilton ended up just 0.086 seconds behind teammate Bottas in which was a super tight battle for the top grid positions.

Bottas felt that Mercedes had never really got on top of the soft tyres all weekend, and that the track went away from them as the session went on.

"We saw in practice three that Red Bull and especially Max was pretty quick," said the Finn. "I think the main issue was we couldn't really get the soft tyres to work properly as they should, so all the way until qualifying the medium tyre was feeling better for us than the soft.

"Towards the end of qualifying I started to struggle a bit more with the front end of the car, maybe with the track temp cooling down.

"So then it made it difficult to improve more, because I thought it should have been quite a bit quicker than the earlier sessions. But, obviously, I think Red Bull managed to optimise everything for the last part of the qualifying which matters."