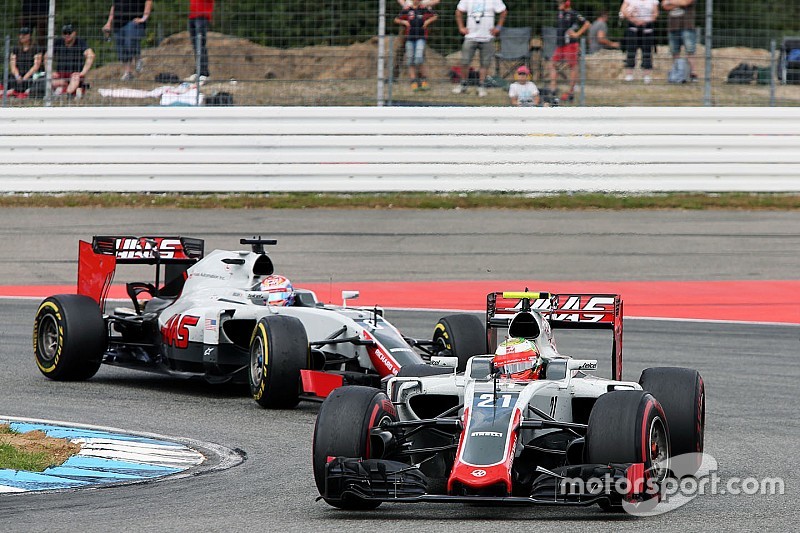 Haas F1 boss Gunther Steiner says the team will not wait too long before confirming its driver line-up for next year, even if delaying would give the team a chance to sign an experienced racer.

The American squad is yet to confirm whether Romain Grosjean and Esteban Gutierrez will stay at the team in 2017.

An announcement is expected around the Italian Grand Prix.

While waiting for other teams to finalise their line-ups could mean drivers like Felipe Massa, Jenson Button or Kevin Magnussen would be available to hire, Steiner insists his team will not wait for them.

"I don't think we want to wait this long, because you risk it," said Steiner. "If you know where you are, it's better than having uncertainty.

"We are very confident we can say it after Monza. We do what we want to do.

"It gives the team certainty and you can focus on next year, on the car, and on performance."

Although Haas has shifted its focus to its 2017 car, the team will introduce its first update package of the year in the Singapore Grand Prix.

Steiner said the late update is part of a process to make sure the team improves its manufacturer capabilities.

"These parts were developed in March/April and just went into production a little bit later," he said. "We didn't want to rush them because we want to get better with production as well for next year.

"As everybody knows, the second year is the most difficult one and it still will be, but we'll try to do as much as possible not to make mistakes in the second year. Everybody is waiting to tell us 'We told you so'. You guys, basically."

Ricciardo Q&A: "If I keep my eyes on the prize, I'll get it"