Haas not expecting end of season to be any better 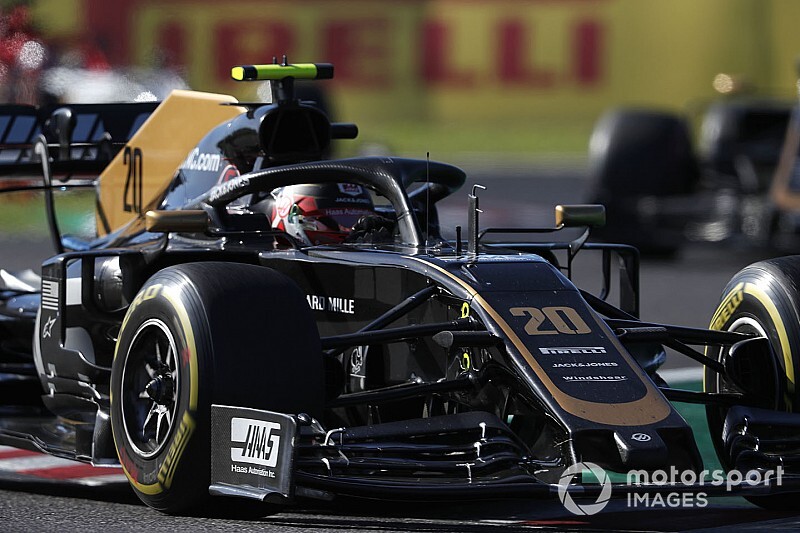 Haas Formula 1 team boss Gunther Steiner is resigned to a difficult end to 2019 after another frustrating weekend for the US-owned outfit in Japan.

At Suzuka Romain Grosjean and Kevin Magnussen once again struggled to get their tyres to work. They eventually finished well out of the points in 14th and 16th places, with the Dane having started at the back after a big crash in qualifying.

Steiner admits that he doesn't expect to see an improvement in the remaining races, as no specific solution is on the way.

"Not short term," he said when asked by Motorsport if there was light at the end of the tunnel. "We know where we are, why we are where we are, but to fix it is a different issue. And I don't know if we can get on top of it this year consistently.

"It's only four races left anyway, but if we get one or other good day… It's not like I could tell you I the next two races we are bringing an upgrade kit which will solve the problem.

"We just need to make sure that this doesn't happen next year, because it is quite consuming."

Asked how painful the last four races might be, he said: "Some more than others. Mexico will be bad – obvious reason there, the air is lighter."

Steiner said Suzuka followed a familiar pattern, with the drivers struggling to get temperature into their tyres.

"It was just more of the same. I think we now know that these things happen, and they are never nice. You go in the race, always knowing that at some stage we will have an issue with the tyre, because we cannot generate the heat we need to make the tyre work.

"So as soon as blue flags come in, you slow down, the tyre gets cold, we cannot get the heat back in, and you fall back. It sounds almost too simple not to have a solution for it, but that is what is happening.

"So even if we can qualify on one lap normally decently – going into Q3 is still an achievement in my opinion, but we cannot hold on in the race, because of this reason. We just cannot keep the heat in the tyres."

Regarding the ongoing experimentation with different aero specs, he said: "We now use the spec a little bit of a set-up tool, we can interchange the different floors and different things.

"I mean, you cannot compare it now anymore what it actually is, you know. It is hybrid, that is the best way to explain it."

Steiner admitted that the team had not pinpointed the cause of Magnussen's heavy qualifying shunt in Japan.

"The guys did a good job to get the car out again in a good shape. These things never help, but he was on a very fast lap, to be honest. And he got a little bit of wheelspin out of the last corner and it just turned on him.

"So was the wheelspin caused by wind or not? Yes, there was wind, but was that the reason or was that just taking off from the kerb? We don't know exactly. But that what it was.

"In the end we got out and he had a fantastic start, so he ended up in front of the car which started 10th [Grosjean], after two or three corners. But then in the race it went all downhill."

Why Button can relate to Vettel's 2019 woes