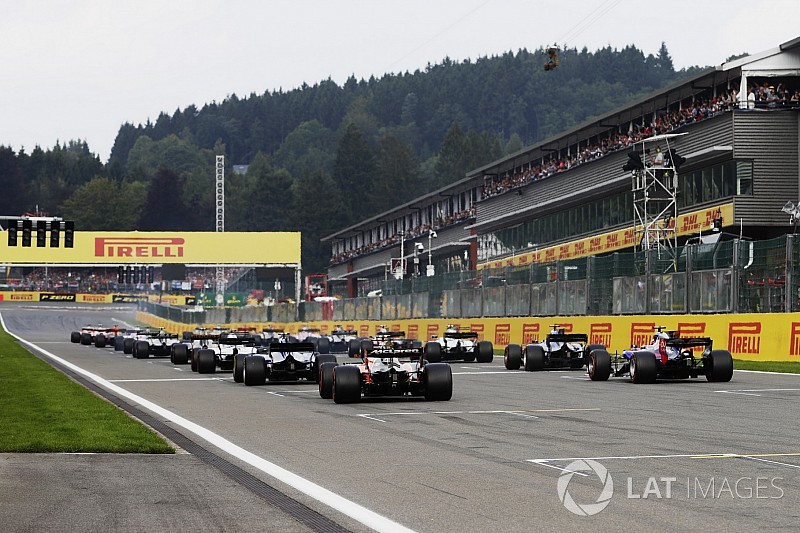 Ross Brawn say Formula 1 chiefs are pushing for an end to grid penalties in grand prix racing, saying the system has got out of control and is a turn-off for fans.

Ever since F1 moved towards long-life components – including engines and gearboxes that must last a set number of races – it has always dealt with drivers who use too many components by moving them down the grid.

But situations like Stoffel Vandoorne's 65-place grid penalty in Spa, plus frequent gearbox change penalties for those battling at the front of the grid, has left Brawn adamant that a better solution needs to be found.

In an exclusive interview with Motorsport.com, Brawn reckoned it was important that F1 found a better way forward longer term.

"I hate the fact that we're having to affect the racing because of the technical issues," he said. "I know you can say if a car breaks down in a race that's a technical issue and you've affected the race, but I think the fans understand that.

"For a fan to stomach that his hero is on the back of the grid because he had to change the engine, that's not great sport.

"We've got to find a solution to that, either through a different form of penalty or to remove the penalty altogether and just live with the problem that it was trying to fix."

Brawn said that discussions had taken place with the FIA about the matter, but he acknowledged that it was not easy to come up with an answer.

However, he hoped something would be in place at the latest by the time new engine rules came in for 2021.

"We are working with the FIA now to try and see if there is a better solution in the future, and certainly hope with a new engine and new rules we'll definitely have a better solution," he said.

"Maybe we'll be able to implement a better solution before then, because it's a massively unpopular aspect of Formula 1 at the moment.

"One of the things that has been suggested is loss of constructors points. There could be other more discrete penalties.

"We used to have the token system for the engine, and that wasn't bad actually. It got a little bit complicated, but you could remove the tokens for a while.

"I think it needs a lateral think about. The grid penalties are very unpopular, and we should be finding a better solution."

As well as a tweak to grid penalties, Brawn says another long-term ambition for F1 is to lose DRS – which divides opinion among fans.

"It's a compromise," said Brawn. "I think we have it, and what we should do is find a better solution. Because it is an enhancement to aid overtaking, and what we really want is the cars to be able to slipstream one another properly and overtake.

"So for me the solution, which we've now started a program on, is to develop the cars, design the cars, so that they can race each other in close proximity.

"A current Formula 1 car is totally optimised around running by itself. The teams, when they go in the wind tunnel and create their CFD programmes to develop the car, it's all done in isolation. So when you put another car around it, the car doesn't work as well.

"What we are working on is generating the capacity to look at cars that are racing each other in close proximity, and what sort of designs we need to enable that to happen.

"And I think when we do that, which is our ambition for 2021, then we will have cars that don't need DRS.

"There may be other solutions that are needed to achieve that, but they won't have the artificiality of DRS. Because it is mixed opinion.

"I think fans want to see a great overtaking manoeuvre, they don't want to see a push-the-button overtake and get back in and carry on."