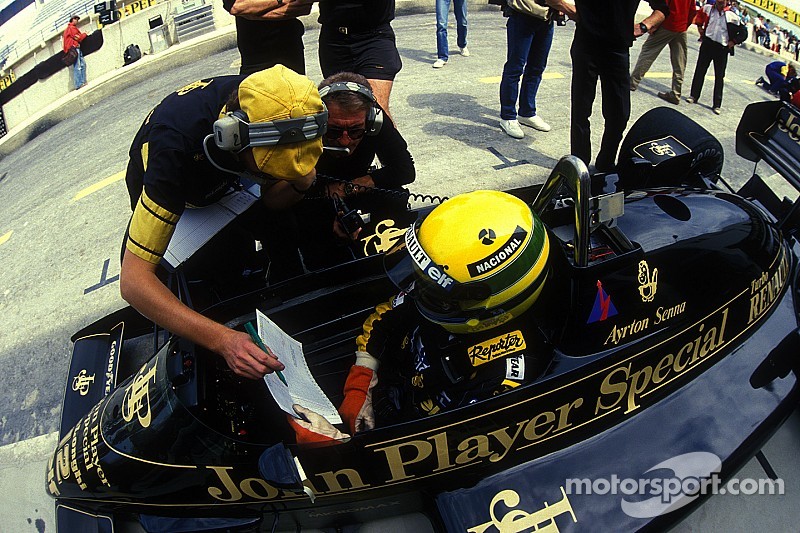 A key figure in Ayrton Senna's formative F1 career – the former Matra, Ligier, Alfa Romeo and Lotus designer Gérard Ducarouge has died at the age of 73.

Born in 1941, Ducarouge was qualified in aeronautical engineering. He first came to prominence with Matra, where he was responsible for the cars that won Le Mans in 1972, '73 and '74.

After Matra closed its works team he joined Guy Ligier, who was creating a Matra-powered F1 car for 1976. Ducarouge designed the JS5, famous for the 'teapot' airbox that it used in the first few races of the season.

Jacques Laffite took pole for that year's Italian GP, and then gave Ligier its first GP victory with the JS7 in 1977.

One of his greatest creations

Ducarouge is perhaps best remembered for the JS11. The car dominated the early part of the 1979 World Championship in the hands of Laffite and Patrick Depailler, although later in the year the team was overhauled by both Ferrari and Williams. The updated JS11/15 was also a frontunner in 1980, when Didier Pironi joined the team. Laffite then won two more GPs in 1981 with the JS17.

Ducarouge subsequently fell out with Ligier and joined the works Alfa Romeo F1 team, where he designed the 182, with which Andrea de Cesaris took pole at Long Beach.

In May 1983 he turned down the chance to join Renault and instead made a move to Lotus.

The team had lost founder Colin Chapman at the end of the previous year, and new boss Peter Warr was keen to find a 'name' to help placate sponsors JPS. In fact he had been offered a job by Chapman in the past, but had turned it down.

Employing a more methodical approach than that associated with ideas man Chapman, Ducarouge helped Lotus create the 94T almost overnight in the middle of the 1983 season, working with Martin Ogilvie. In 1985 Ayrton Senna joined the team, and the Brazilian formed a close bond with Ducarouge.

Senna scored his first GP wins in Portugal and Belgium with the Renault-powered 97T. He added four more successes over the next two years with the 98T and the Honda-equipped 99T, before moving on to McLaren.

Ducarouge himself left the team after a disappointing 1988 season and joined the team run by his former Matra colleague Gerard Larrousse, before returning to Ligier for a second spell in the early nineties, where he was involved with the JS39 that ran in 1993-'94.

Subsequently he drifted away from F1 and rejoined Matra to work on other projects.

Alonso to stay in hospital a third night

Race seat with Manor 'was a big risk' - Palmer