Pierre Gasly says there will be more "opportunities" for AlphaTauri to score a podium in the 2021 Formula 1 season after an opening lap incident dropped him out of contention from the "crazy" Hungarian Grand Prix.

The Frenchman took advantage of similar scenarios when he took second to Max Verstappen in Brazil 2019, claimed a shock victory in Monza last year, and bagged another podium in Azerbaijan this season with third.

In Hungary last weekend he qualified fifth, but was forced to run wide at the first corner to avoid the multi-car incident triggered by Mercedes' Valtteri Bottas, dropping to 11th at the red flag.

The 25-year-old eventually recovered to sixth, which later became fifth after Aston Martin driver Sebastian Vettel was disqualified from the race for failing to provide a sufficient fuel sample.

He also picked up an extra point after a stop for new tyres allowed him to grab the fastest lap on the final tour.

However, Gasly was left frustrated as a much better result was on the cards had he made it through the first corner cleanly like eventual winner Esteban Ocon.

"There were good opportunities in Baku, and we were there to take it with the podium," he said.

"In Hungary, unfortunately we got unlucky, and we were not there to grab the points, but I expect some more crazy races.

"We see a very tight battle at the top of the championship, crazy conditions, and there will be some more opportunities. So that's what we need to focus on.

"Some got more lucky than others today, based on what's happened at the start, but after that they did a very good race to keep the lead during all the race, and you need to be there when there's opportunities." 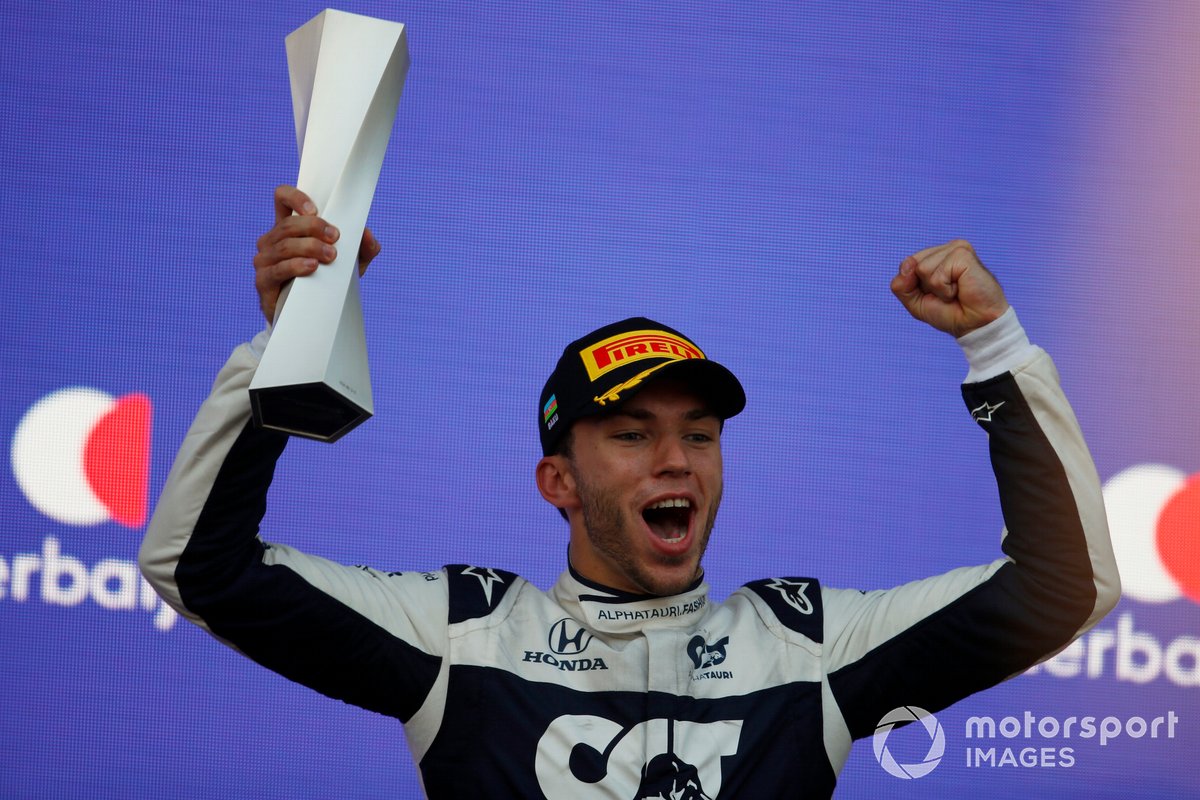 Gasly was left even more frustrated that his strong qualifying position had left him in the danger zone at the start, while those behind him got through unscathed.

"I don't know what to say except that Valtteri f***ed up and took pretty much the first six cars out of the race.

"Luckily we didn't get damage from this, compared to Max, Lando [Norris] or Sergio [Perez], but the target was to qualify ahead of the midfield, to be in the best position possible for the race, that's what we did.

"And in the end in this situation I think yesterday we almost overperformed in qualifying ahead of the Ferrari and the McLaren, and it would have been better to be in our position and slightly more to the back to benefit from this situation.

"But you never know when these things would happen, but it's just a shame. From the first corner we were 'P last', and on such a track it's extremely difficult to recover.

"So I think we had a very good day to still finish P6, we managed to get the fastest lap, but looking at the podium today it's disappointing, because I think that there was more to do if we would have been slightly more lucky at the start."

Regarding the five-place grid penalty handed to Bottas, he said: "Everybody does mistakes, I do mistakes, Lewis does mistakes, but we all are paid to race, that's our job, and you do a mistake and it involves three, four or five cars like this, obviously you need to be punished.

"At the end of the day it is not gonna give us back more points, it's done, I think we need to look at the positives. Obviously I'm quite disappointed but still I think looking objectively from 'P last' to P6 statistics with the fastest stop was good, that's what we will try to remember."

Ferrari has the best driver line-up in F1, claims Binotto