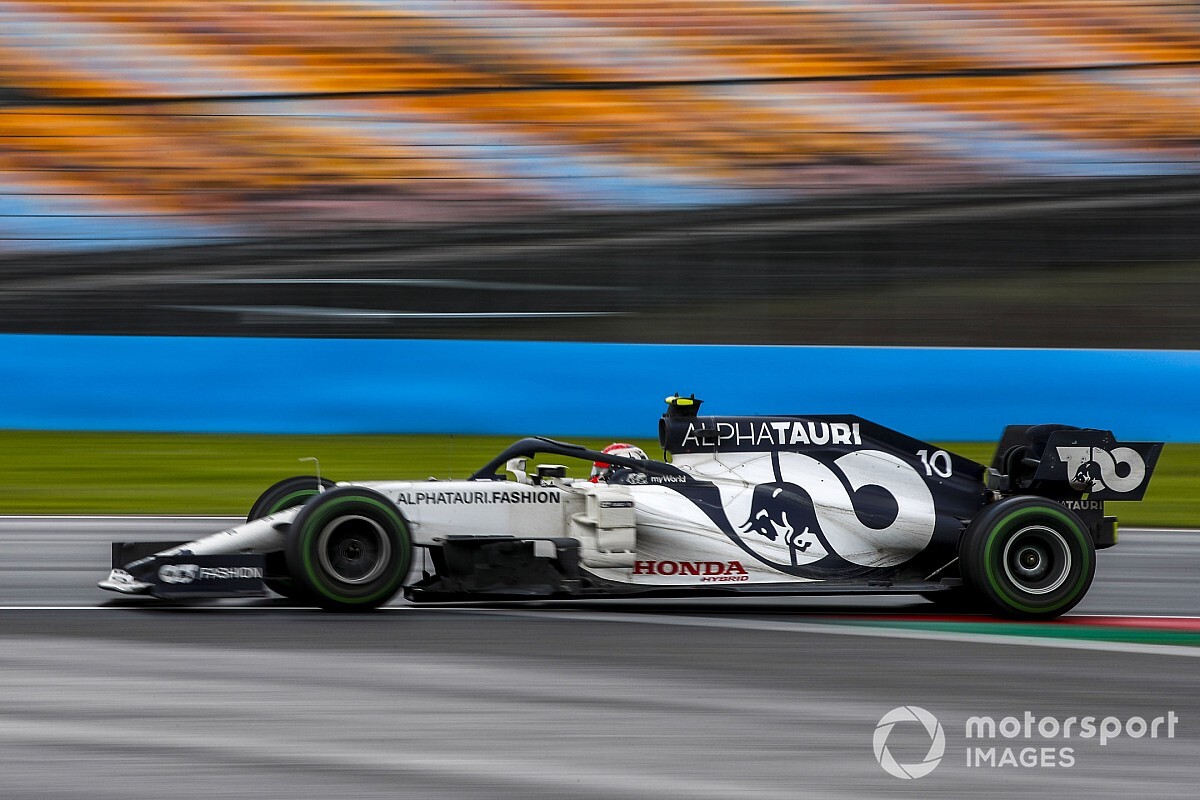 Pierre Gasly has called the AlphaTauri Formula 1 team’s performance in Turkey “embarrassing” and “poor” after both he and teammate Daniil Kvyat finished outside the points.

Gasly made it home in 13th, a place behind Kvyat, after both drivers struggled all day to find pace in the tricky conditions.

AlphaTauri’s hopes of challenging Ferrari for sixth place in the world championship also took a hit as the Maranello-based outfit logged 27 points with third and fourth places.

Gasly’s day started badly when the FIA launched an investigation after the team changed its mind having been given permission to change the power unit.

The stewards decreed that as the team had worked on the car, it was a parc ferme infringement, and Gasly thus had to start from the back of the grid.

“Not only today, the whole weekend was really bad,” he said. “So we had a very poor performance in the wet. And honestly it's a bit embarrassing, because we were just so slow with the wets, with the inters, we can't switch them on. It was the same in quali.

“And we took a penalty. So a lot of problems. And we need to do better, because honestly, it was a poor performance from our side since yesterday morning. And we'll have to work for the next races.

“I mean, it obviously was very unique conditions, that I don't expect we're going to face, but just for all of us, I think we need to understand what went wrong, and what didn't work.

“So we already have some answers from yesterday [qualifying]. But we cannot make the changes for today.

"Still, we should have anticipated all these things, and I think we could have done a better job. But now it's done, and we need to look at the next three races.”

Kvyat was one of the three drivers to complete the race on a one-stop strategy after being eliminated in Q1 on Saturday, but still finished a lap down in 12th.

“I was a bit frustrated to finish P12, because it's like no points and so much struggle,” said the Russian. “Fighting the car all race and finishing with no reward is a bit frustrating.

“There's not much to do to be honest. Our pace this weekend in these conditions, somehow the car wasn't in the right window. So we need to analyse why.

“But it's also understandable, these conditions you find extremely rarely, so it wouldn't be correct to build a car around these kind of conditions. But we just need to learn from it. And understand.”