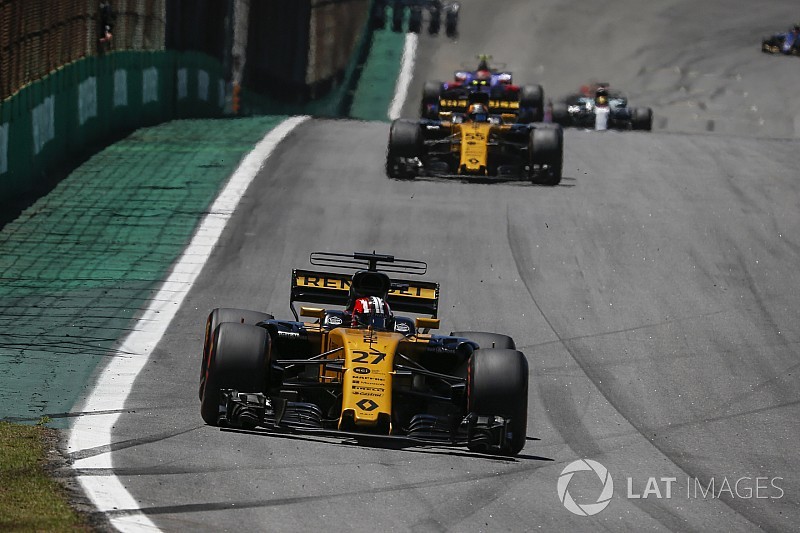 Having to start from scratch on engine design for the 2021 Formula 1 regulations would be "frightening" for Renault.

F1 chiefs floated initial plans for the next generation of regulations late last year and proposed that the 1.6-litre turbocharged hybrid concept was retained, but with changes including the removal of the MGU-H, development restrictions and a higher rev limit.

Firm details of the rules are still awaited, and Renault F1 managing director Cyril Abiteboul said it was essential that the changes were not a complete technical reset.

"We would like to avoid almost starting from scratch again," Abiteboul told Motorsport.com.

"If I look at the investment that has been made in the engine, if I look at the time that it is taking to get to a situation where it is not a level playing field, but that the engine is not a handicap anymore for chassis people - because that is what you want: a disparity where a team is not prevented from winning races or doing a decent job by its engine partner - frankly starting from scratch again is quite frightening."

Renault powered Red Bull to four straight championships in the final years of the previous V8 engine rules, but received strong criticism from its former factory partner team for problems with both performance and reliability at the start of the hybrid era.

Mercedes has won every title so far under the current engine regulations, and was considered to have a substantial power advantage until Ferrari mounted a championship challenge in 2017.

Abiteboul is optimistic about the process of negotiating the rules package with F1's new owner Liberty Media, but warned Renault needed specifics to guarantee its long-term future in the championship.

"I feel everyone is willing to have constructive dialogue and get very quickly to a solution," he said.

"Having said that, we are not going to commit to a new engine without knowing what F1 will look like in 2021."

Enemies on the F1 track, friends off it - Ferrari and Mercedes the key dynamic