Force India says the key to its surprise comeback over the second half of 2015 was down to it never taking the easy option and slashing its development costs. 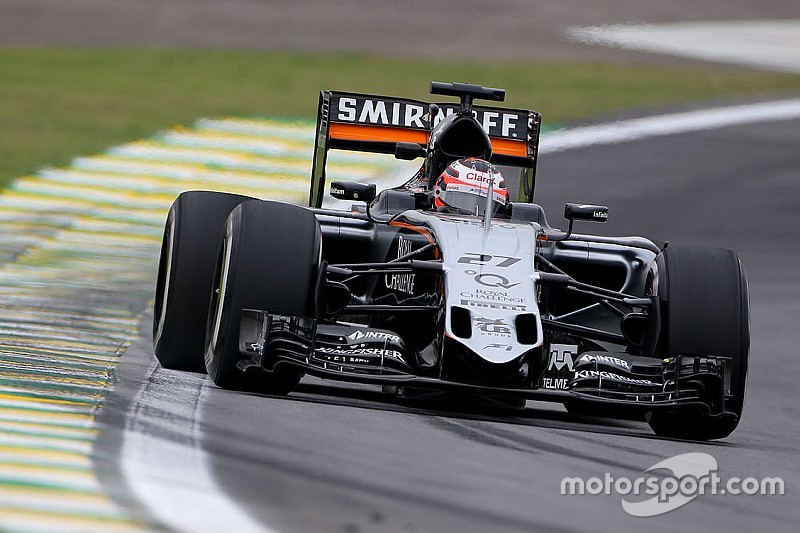 The Silverstone-based outfit had a difficult build-up to last season, with cash flow problems meaning its new car missed the first two tests of the winter.

But despite the delayed start, the introduction of a B-spec car from the British Grand Prix transformed its campaign and helped it to finish a best-ever fifth place in the constructors' championship.

COO Otmar Szafnauer says that the key factor that helped it overcome the odds was in never stopping its development push, even if it could not afford to make the parts it was working on.

"My philosophy has always been that you can't stop developing, because if you stop developing you'll never gain that time back," he told Motorsport.com.

"So we always developed, and we always put the resources in place so that the wind tunnel was going and the CFD was working, and we are testing parts. But what we couldn't do was realise those parts into a real car.

"So the beginning of the season started with parts from the 2014 car, especially at the front, and the rear was the new car. That configuration was never run in a tunnel – so it was a step in to the dark.

"The first configuration that we ran in the tunnel came for Barcelona and then it all came together at Silverstone – since when we were performing.

Szafnauer also thinks that his team has been helped by securing a lot of loyalty from its staff, some of which has been achieved through what he terms 'non-traditional' means.

When asked how Force India was able to keep hold of quality staff, while rivals spent ever bigger bucks, he said: "And they keep taking people from us too!

"We are located in between Red Bull and Mercedes, right in the middle, so it's difficult to keep the right skill set when you've got those types of neighbours.

"So you have to employ strategic and maybe non-traditional techniques to keep them, and that's what we are trying to do.

"You have to make it a good place to work where you are rewarded for your efforts and I think that's something we can do that maybe the others can't."

He added: "If you have 800 people, your slice of the performance becomes smaller than if you have to do a lot.

"And doing a lot, at the end of the day, people feel better about themselves.

"As long as you are moving forward and punching above your weight, everybody feels good. The feel-good factor is what you need in a team.

"I think that's our way of keeping the right skill set as well as extracting the most out of the people we have."