The FIA will alter its contingency plan to avoid repeating Friday's lost Formula 1 running at the Nurburgring for the rest of the Eifel Grand Prix weekend, Motorsport.com understands. 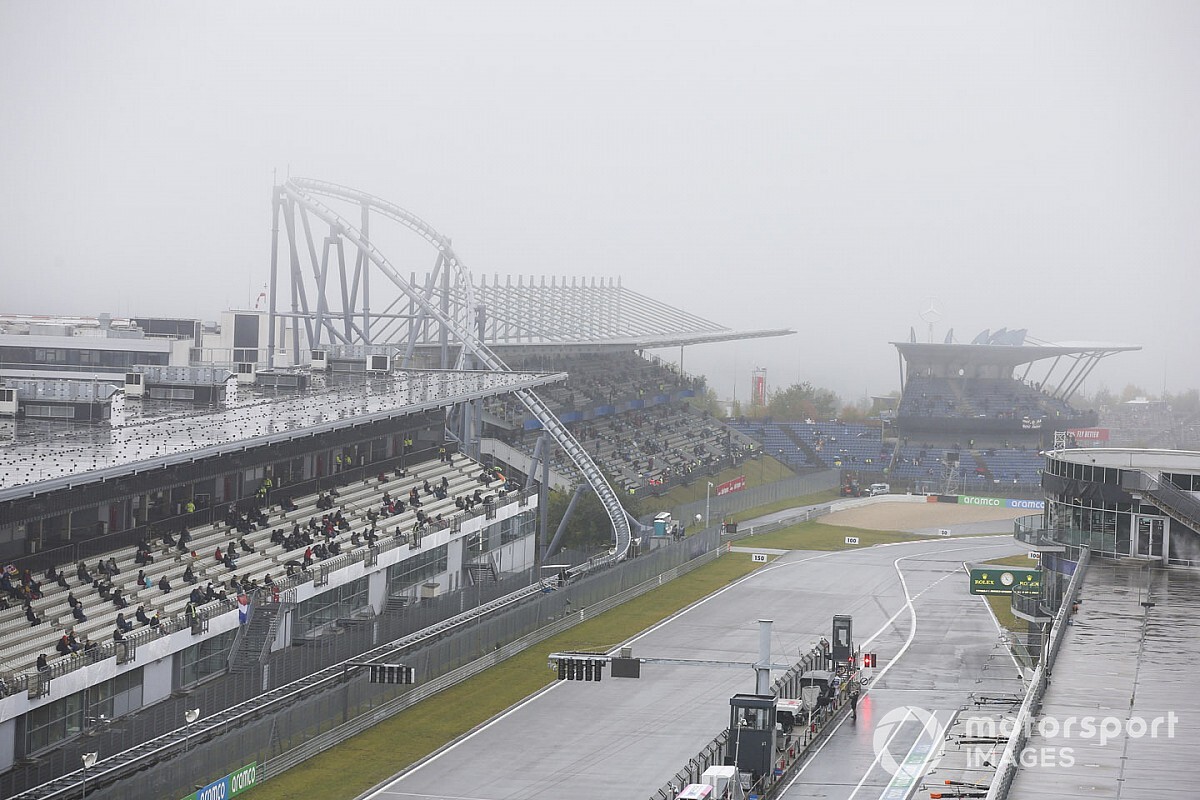 Both FP1 and FP2 were unable to take place at the Nurburgring on Friday as poor weather conditions meant the medical helicopter could not fly to the designated hospital in Koblenz within 20 minutes.

Transfers to hospitals can take place by road, but must be completed within the same mandatory 20-minute window, which was not possible and therefore prevented the sessions from going ahead.

F1 race director Michael Masi said on Friday afternoon that "back-up plans" were being formulated to ensure there was no repeat of the loss of running through the remainder of the weekend.

Motorsport.com understands that the contingency plan would see any casualty be transported by road out of the mountains for approximately 3km, before completing the remainder of the journey by helicopter in improved weather conditions.

This would all be completed within the 20-minute window, ensuring that sessions can go ahead even if there was a repeat of Friday's weather conditions.

As per Appendix H of the FIA's International Sporting Code: "The flight time necessary to reach each of the hospitals mentioned in the medical questionnaire for the competition and approved by the FIA medical delegate must not, in normal conditions, exceed approximately 20 minutes."

The forecast is currently improved for Saturday, with a low chance of rain and sunny conditions predicted, but race day is anticipated to have similar weather to Friday.

Red Bull driver Alexander Albon conceded that he was concerned about the outlook for Sunday at the Nurburgring.

"I'm a bit worried, because Sunday was supposed to be similar today," Albon said. "If it's like that, then we'll need to see what happens."

Six-time world champion Lewis Hamilton acknowledged that it was frustrating to be left on the sidelines all day, but doubted drivers would have completed an extensive amount of running in the wet.

"It's definitely a bit frustrating to miss out on days like this," Hamilton said.

"We probably wouldn't have got a huge amount of running in, because we're limited on tyres, and it's going to stay like this for the weekend.

"I'd love to have done an install lap, but because of the helicopter, we've been grounded. But everyone's in the same boat."