FIA moves to close off Gurney flap trick in F1 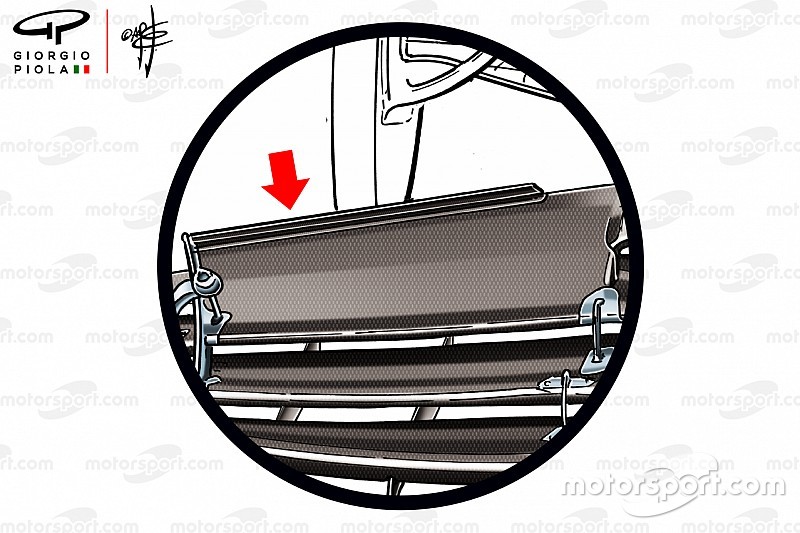 The FIA has moved ahead of the Bahrain Grand Prix to stamp out a Gurney Flap trick that could have handed teams a setup advantage in Formula 1 races, Motorsport.com can reveal.

With teams working hard to find the sweet spot with the new aero rules for 2019, paddock speculation emerged after Australia that some outfits had found a clever way to better balance the compromise between qualifying and race trim.

It was suggested that some competitors were playing around with moving the location of their front wing Gurney flaps – the small vertical flip that is attached to the trailing edge – under parc ferme conditions between qualifying and the race.

This could help them in numerous ways by either being able to run with more downforce in qualifying, or by helping with aerodynamic balance in the race for improved tyre management.

Although teams are not allowed to change the specification of car parts between Saturday and Sunday, the argument was that the current regulations did not specifically outlaw moving around components that had been run in qualifying.

Article 34.2 n) of Formula 1's sporting regulations states: "The aerodynamic set up of the front wing may be adjusted using the existing parts. No parts may be added, removed or replaced."

If a team wanted to remove the Gurney flap it had used in qualifying and relocate somewhere else on the car, it would in theory not breach the wording of this rule.

However, with the FIA aware of team concerns about the trick, it looked into the matter ahead of the Bahrain weekend.

And although it is understood that the FIA does not believe that any teams did move their Gurney flaps at the Australian Grand Prix to exploit the rules, it has moved to outlaw the activity from now on with a preemptive strike.

In Bahrain, teams were issued with a Technical Directive making it clear that the removal of parts like Gurney flaps to relocate them to another area of the car would be viewed as a breach of F1's parc ferme rules.

Any team that did make such a change would be deemed to be running with a new specification of front wing so would have to start the race from the pit ane.

Not all teams have Gurney flaps on their front wing, but Williams, Alfa Romeo, Red Bull and Renault have all run them so far this season.