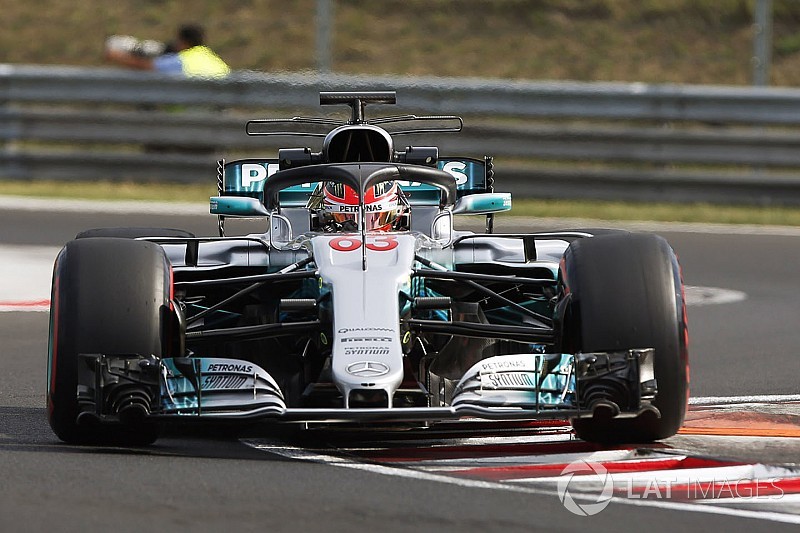 The FIA says it could reduce the thickness of the Halo device in order to see "how much we can push it" before it is introduced in Formula 1 next year.

The ruling body is currently testing a revised version of the Halo with a narrower central pillar, with the aim of improving forward vision.

The device was fitted to the Mercedes W08 of test driver George Russell on Wednesday in Hungary, as it returned to the track for the first time since last year.

The likelihood is that the FIA will ask teams to try it on track later in the season.

"The central strut is currently 20mm," said FIA safety director Laurent Mekies. "We feel that we have scope to reduce that thickness for the benefit of the drivers' forward vision.

"So we will be testing before next year, going as low as 16mm, and see how much we can push it."

Teams are keen to gain more experience with it as they study the impact on aerodynamics, and especially the flow into the airbox.

Next year they will be allowed to add their own fairings, both to optimise aero, and to improve the overall looks of the Halo.

The FIA has given permission for teams to conduct further track tests before the end of the season, including on race weekends.

"We've told some teams that have asked that they can use them during P1 and P2," said race director Charlie Whiting. "And during in-season tests.

"Not tyre tests, but for example the two-day test here – we said they could use them at this test, the test after Abu Dhabi, and in free practice sessions on the first day at any event, as most of them did last year."