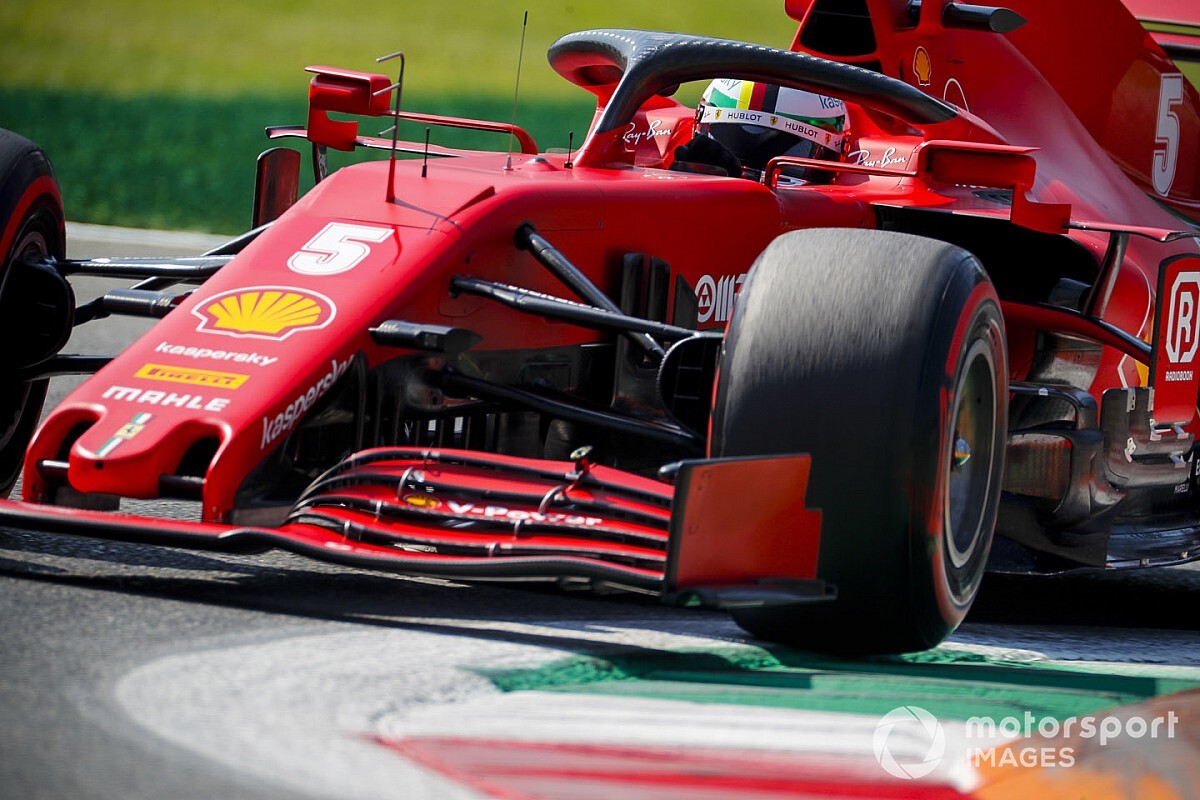 Ferrari is planning to bring some minor upgrades to the Russian Grand Prix, but the team does not believe they will cure any of the SF1000’s main vices.

The Italian outfit is coming off the back of a disappointing run of races at Spa-Francorchamps, Monza and Mugello where it has struggled for competitiveness.

As well as the team’s lack of engine power being exposed on the straights, its current car is suffering from a lack of aero efficiency, and the setup compromises it is having to make are hurting its tyre wear too.

While its main focus now is on making improvements for 2021, which will include revisions to the engine that it hopes can recover some of the power it has lost over the winter, it has not totally given up on making progress this year.

Team principal Mattia Binotto has revealed that Ferrari plans some updates to its car for the next race in Sochi, although they won’t be game-changers.

“There will be small upgrades, but this will not change the big picture,” he said.

“I think we are at the moment out of pace in the race, and we are somehow wearing too much the tyres. The upgrades will not be the ones that address it.

“I think on our side we need to review the projects, with the view of 2021. I think it will take some more time to do it.”

While Ferrari’s scale of progress this year has been hampered by the chassis freeze rules that were prompted by the coronavirus pandemic, the team still sense the opportunities available for next year.

There is scope in the rules for it to spend development tokens on a key car change, while Binotto says its 2021 powerunit will be ‘all new’.

In a recent interview with Corriere della Sera, Binotto said about the hopes for next year: “The next single-seater will necessarily be an evolution of this one, because of the limit of the rules.

“But there are opportunities. The engine will be all new, it has been running on the bench for months, and we are counting on it.

“Plus, in these days , there is an important aerodynamic change being voted by the World Council, with modifications especially to the rear. It is a possibility to exploit".

Binotto’s latest remark is in reference to changes being made to the floor rules for next year which are aimed at cutting downforce, to ensure that the current tyres are not exposed to greater forces in 2021.