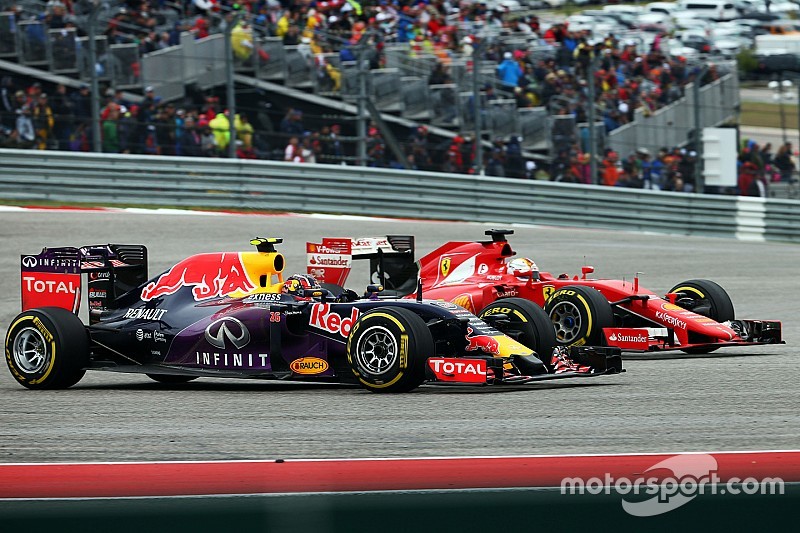 Ferrari chairman Sergio Marchionne says he is open to forging a new kind of partnership with Red Bull in the future, but insists it will not be one where the Milton Keynes-based team is simply given the same engines as the works team.

Although Red Bull has only previously been interested in works parity status with Ferrari, Marchionne believes there is scope for a different kind of relationship to be formed.

He suggests that rather than simply providing Red Bull with its engines, Ferrari can instead form a new kind of technical partnership that would allow the Milton Keynes-based team to plot its own power unit development path.

"The possibility of collaborating with Red Bull regarding the development of the power unit is still a valid option, I continue to re-affirm that," said Marchionne, speaking at the Ferrari Finali Mondiali in Mugello.

"But it will not be in the context of Ferrari providing Red Bull with an equivalent engine to the one used by Ferrari in the races.

"The company is available to provide engineering and production services for an engine in a separate project for Red Bull, where Ferrari can commit to provide all its best in terms of engineering and give the chance to Red Bull and other manufacturers to have these engines.

"But they cannot be the same Ferrari engines that race on our cars."

Marchionne revealed that he had spoken to Red Bull owner Dietrich Mateschitz and motorsport advisor Helmut Marko about the idea, which he believes is better for Ferrari's long-term interests in F1.

"I told this to Mateschitz and also to Marko," he said. "My dream is not to beat Mercedes. My dream is making Ferrari what it's capable of being.

"It is sharing the essential things that are part of our DNA, but creating what would be a fictitious competition is foolish.

"Ferrari are able to put their engineering abilities at the disposal of others."

Mexican GP will get bigger and better, says Slim

Hamilton: Brazil win would be a 'salute' to Senna