Ferrari not expecting a "weaker" Mercedes after Rosberg's exit 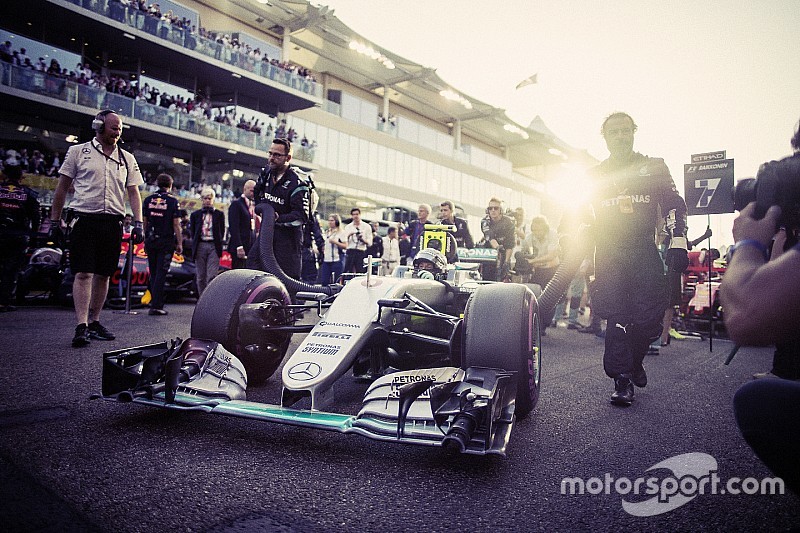 Ferrari's chief executive Sergio Marchionne does not think that the Mercedes Formula 1 team will be weakened in 2017 by the shock retirement of Nico Rosberg.

Speaking at the Ferrari World Finals event in Daytona on Sunday, Marchionne said he was as surprised as everyone else over Rosberg's retirement revelation – and immediately sent a text to Mercedes boss Toto Wolff.

When asked by Motorsport.com for his reaction to the Rosberg news, Marchionne replied: "I sent a message over to Toto, I was flying when the news came out, and I was surprised in a sense.

"I actually complimented Rosberg for having had the courage for what he did.

"I think timing in life is everything. He's exiting the F1 season as a champion. He can't get better than that.

"I think Nico had reached an age where he'd invested a long part of his life to racing. And coming out as a champion is a culmination of his expectations.

"I compliment him for making his choice, and I'm not sure where that leaves Mercedes for 2017.

"I do not expect a weaker Mercedes at all. Let's not forget that they still have Lewis Hamilton on board, and I'm sure they'll choose a driver of equal potential calibre as they've had in the past."

Team principal Maurizio Arrivabene believes Rosberg that is "looking for a different life" outside of F1, having achieved his primary goal in the sport.

"This world we are so focused on technology that sometimes we forget that we're human beings," he said. "I respect his whole decision.

"Sometimes we look left, look right and we forget that in the middle we have a heart and brain. Nico was feeling this, and looking for a different life."