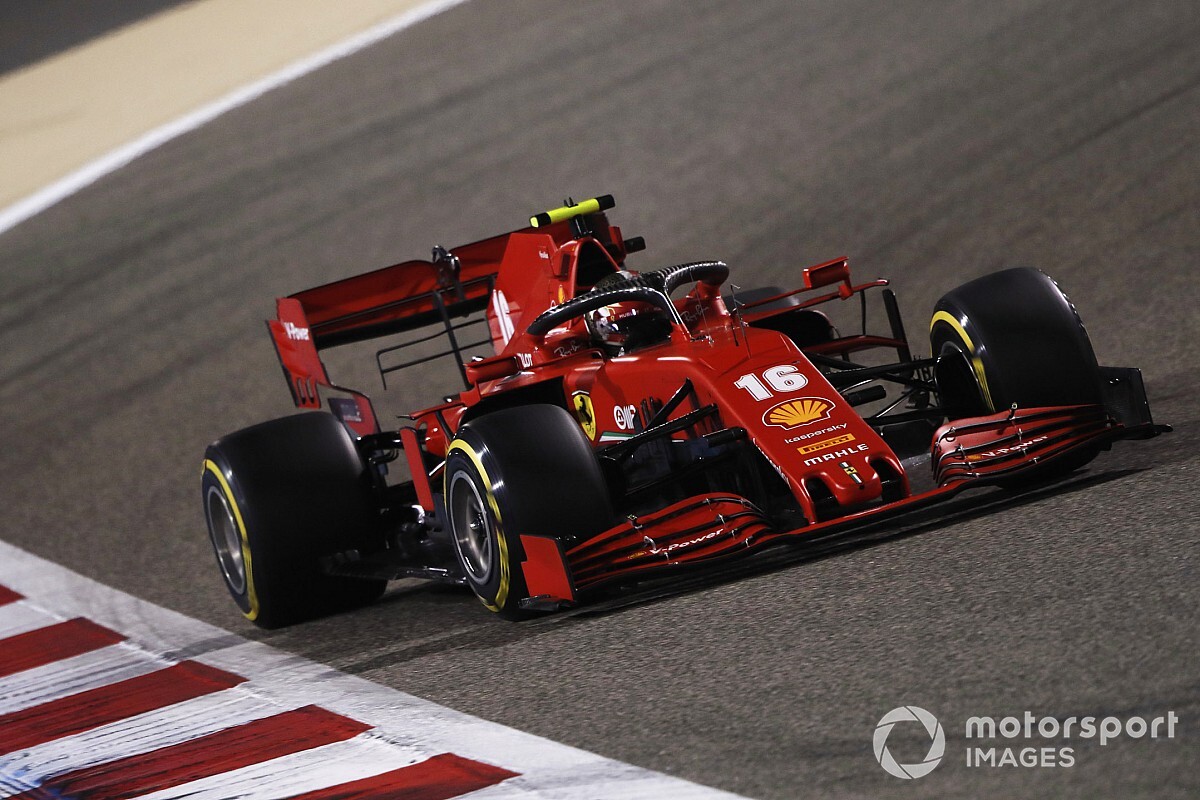 Leclerc slumped to 12th place in qualifying on Saturday at the Bahrain International Circuit, losing out in Q2 to Ferrari teammate Sebastian Vettel, who will start one place ahead in 11th.

It marked just the fourth time this year that Vettel has managed to outqualify Leclerc, who has led Ferrari’s efforts through much of the season so far.

For Leclerc, it was a further turnaround in fortunes given he took his maiden F1 pole position in Bahrain last year and was on course to win the race prior to an engine issue.

Mekies said that Leclerc appeared to lack his normal level of confidence with the SF1000 car in Bahrain so far this weekend.

“I’m sure if you ask him, he will probably tell you that he doesn’t have his usual level of confidence as he’s had around here,” Mekies said.

“We are working hard with the team to try to support him best, to give him the tools and give him the car he needs to have that.

“I think there was some small progress. We did see this level of confidence growing. We are missing something for qualy today.

“Hopefully with the race tomorrow, we are back in the fight.”

Ferrari scored its best two-car result of the season so far last time out in Turkey as Vettel and Leclerc finished third and fourth respectively.

The result gave Ferrari a boost in its bid to move up from its current placing of sixth in the constructors’ championship, only for its midfield rivals to then qualify further up the order in Bahrain.

Mekies was braced for a close fight in Sunday’s race, believing as many as 12 cars would be evenly-matched in the midfield tussle.

“What you saw in qualy in terms of how close you have these 12 cars together, I think you will see a lot of in the race,” Mekies said.

“We have tried to approach quite race-focused. We have saved two sets of hards. There are a few cars in that situation but not so many. We will see if we need them tomorrow or if that pays off.

“But we are gearing up for a good fight with 12 cars tomorrow.”

Verstappen 'not disheartened' by gap to Mercedes