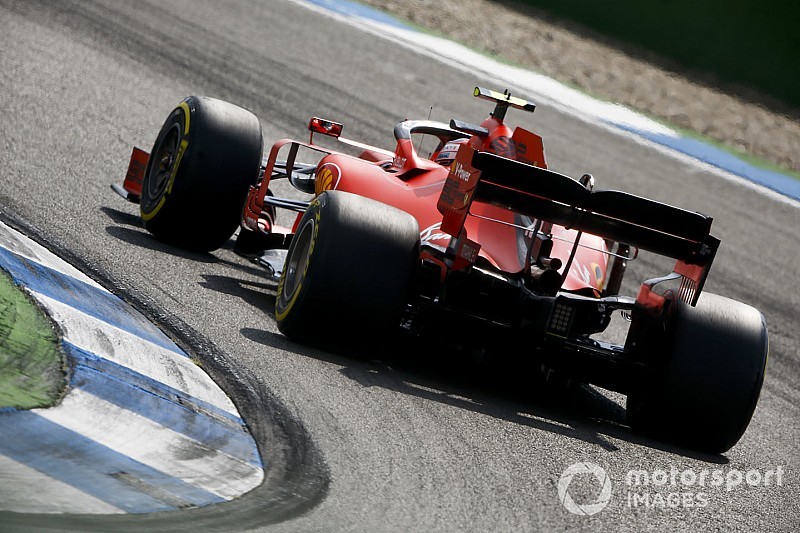 Ferrari Formula 1 team principal Mattia Binotto says his team must sort its internal approach to reliability after its drivers suffered a nightmare qualifying session for the German Grand Prix.

The Ferrari drivers were the favourites to secure pole position at Hockenheim after they had dominated all three practice sessions.

But a turbo airflow problem stopped Sebastian Vettel from setting a time in Q1 and a fuel system issue prevented Charles Leclerc from running in Q3.

When asked how the situation had occurred, Binotto said: "It's something we need to think [about], internally.

"I don't believe in luck myself. I think it's only a matter of improving our internal processes.

"It's still a long way, but we need to keep positive, and not be as well, let me say, strict in the way we address it. In order to improve as a team, those things need to be lesson learned."

Binotto went to explain in the areas way from the track where he feels Ferrari needs to improve to avoid a repeat of the problems.

At last month's Austrian Grand Prix, Vettel could not run in Q3 after an engine issue confined his car to the pits for the pole shootout.

"I meant processes in how we develop the car, how we homologate and evaluate the reliability," he said.

"So it's not at the race track, it's not on the operations, it's on the entire approach to the validations and how we develop the car."

Binotto stated that the issues that struck Ferrari in Germany were not related to Vettel's problem at the Red Bull Ring.

"These are still different problems so it's not the one of Austria," he said. "This is a new problem that's never happened before, either at the factory or at the race track,

"So we need to carefully analyse them, find out why they happened, and make sure we sort them out.

"I don't think it's only a matter of sorting out a single issue but how we approach overall the exercise, making sure it's not happening."

Ferrari's straightline speed advantage should help Leclerc and Vettel recover towards the front of the field on Sunday, but Binotto says his squad should just not "count on rain", which has been predicted, to boost its chances further.

"We've got a good pace, the race there always is, and I think we should be focused on our pace and our speed and try to simply to progress through the field," he continued.

"Sebastian has shown in the last races that he can recover well from the back, not from the complete back but I'm pretty sure we can do a good race tomorrow.

"So now, I think we are even more hungry to do a good result."

Binotto also said he did not see "any necessity" to replace parts on Vettel's power unit but added "we will consider all of the solutions".

Why so many teams now use rake in F1