Ferrari concedes fighting for third will be "very difficult"

Ferrari concedes that it is now going to be "very difficult" to get involved in the fight for third in the Formula 1 constructors' championship. 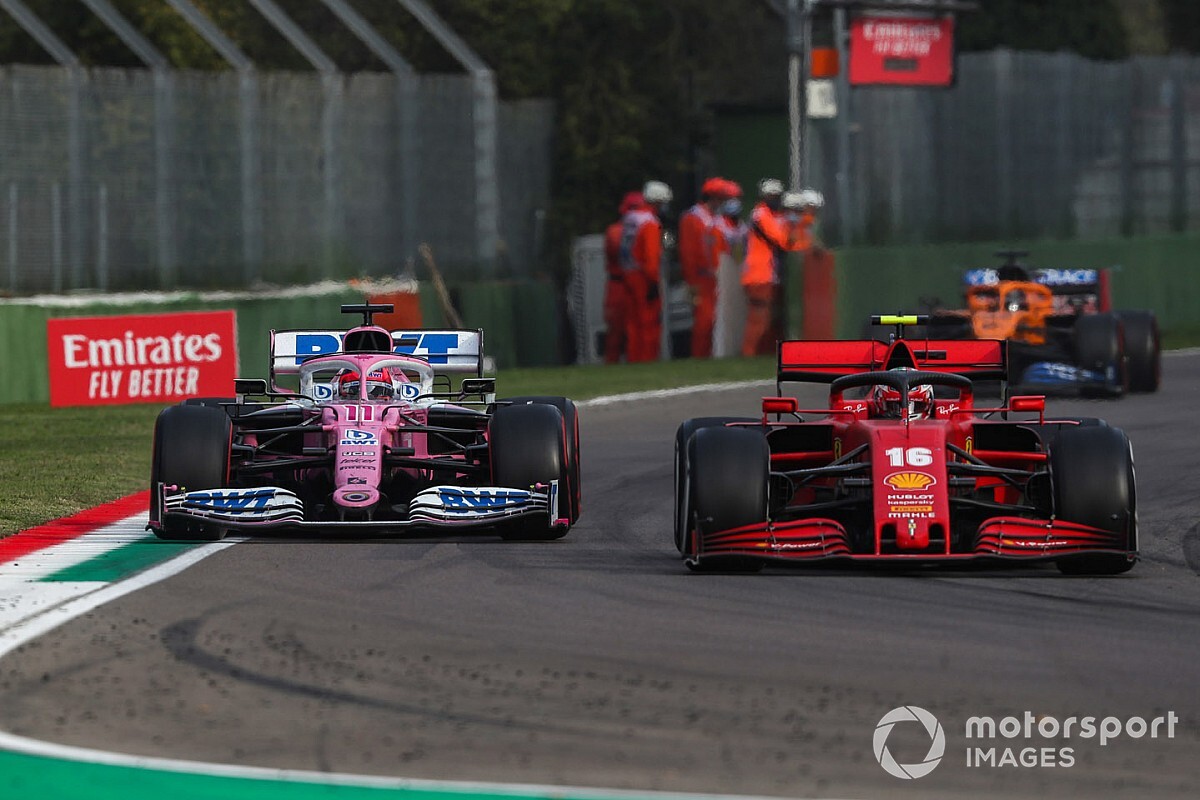 The Italian outfit had hoped to close in on Renault, McLaren and Racing Point to move up from its current sixth spot in the standings.

It currently has 103 points, and is 31 behind McLaren and Racing Point, with Renault another point further clear of these two teams.

However, with Sebastian Vettel struggling to get regularly in the points, and Ferrari not quite having the pace to lead the midfield battle, time appears to be running out for it to make good gains.

Team principal Mattia Binotto said Ferrari was eager to do better, but admitted that there may not be enough opportunities left for it to make progress.

"Certainly I think that to try to move up in the championship will be great, but if you look at [Imola], we didn't gain any points and we lost [ground] to one team," he said, in reference to Renault's podium with Daniel Ricciardo.

"The battle is very tight, but I think that the car has improved. So we will try, and I think certainly our objective is try to catch up someone. But there are only four races to go, so it will be somehow very difficult."

Ferrari has endured a difficult 2020 campaign, with a down-on-power engine and a car that was not aerodynamically efficient enough.

The outfit has been open that its bid to get back to the front of the grid is a long-term project, with Binotto telling Sky Italia that its target is to fight for regular podiums next year.

"We got the project wrong, looking for a path of development that turned out to be wrong," said Binotto. "Then COVID arrived, stopping [work on the car], and this penalised us for the whole season.

"We had to comply with the measures that caused nine weeks of work stoppage, plus immediately afterwards it was decided to freeze the 2020 projects. I see this season in a different context than normal but we will be able to react.

"We have very challenging goals for 2021. I see a very united team that wants to do well. It feels the weight of responsibility and the desire to redeem itself.

"Next year we will have a completely new engine that is running well on the test bench. We have ideas about the car, but we can't work miracles with windtunnel hours reduced compared to the past. But I'm sure this team is alive, and we'll take it a step further. Now it's up to us to prove it.

"Realistically Ferrari will not be able to fight for the world title in 2021. Next year we have to go back to fighting regularly for the podium. That's our goal."