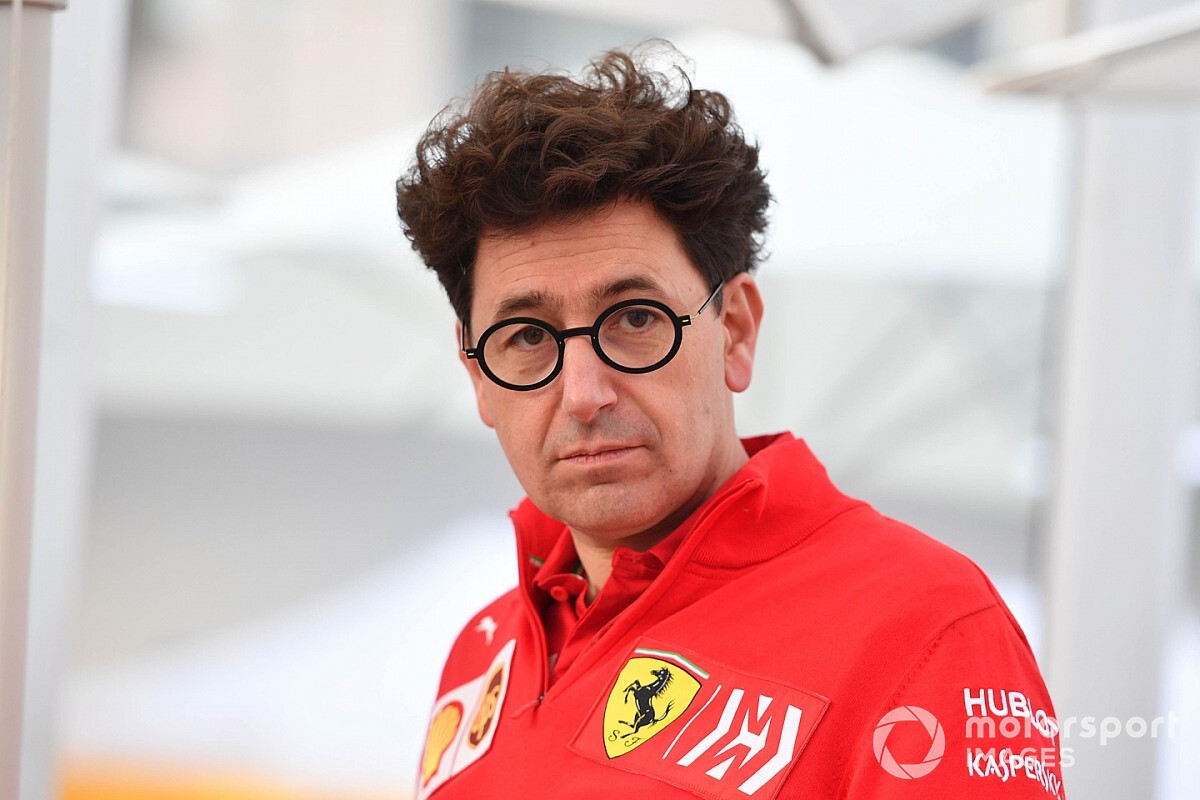 Ferrari Formula 1 team boss Mattia Binotto says he's open to a reduction in the cost cap for 2021, but says the sport should avoid making "emotional" decisions in response to the COVID-19 crisis.

Teams have provisionally agreed to reduce the cap, outlined in the new FIA financial regulations, from $175m to $150m.

However, McLaren and others are now pushing for $125m, and a sliding scale downwards has been discussed for future years.

Ferrari, who along with Mercedes and Red Bull are most affected by the cap, have reservations about dropping any further without the consequences being properly assessed.

"We are fully aware of the difficulties of some teams," Binotto told Sky Sports News. "We are fully aware that we somehow need to address costs for the future of F1, reducing the costs, which is the first driver of making each single team surviving.

As previously revealed, Monday's online meeting of team principals and F1 bosses featured a discussion about different cap levels for different teams – with those who design and supply parts getting a higher level than their customers.

"There are teams which are constructors, [like] Ferrari and other top teams, where we are designing, developing, homologating and producing each single component of our cars.

"Other teams are customers, so buying some parts, so not having the same structure obviously because they're not designing, developing, et cetera all those components.

"More important as I said, we had a meeting [on Monday] with all the teams, FIA, the F1, and I think it has been a constructive and positive meeting. I think there are still let me say analysis required to make the right decisions. I think we should avoid really to be emotional at the moment.

"We know we will face difficult situations, but we need as well to somehow maintain what was the DNA and essence of F1 which is competition, and we should not forget about the F1 and the motorsport.

"I think it's important clearly to look at all the details and make a rational decision which has been based on all the considerations and not emotions."

Binotto agreed it was not a good time to make such big decisions.

"No, certainly not. So what you need as well is to have a long-term view.

"I think it's important that we altogether look ahead, and make sure we are taking the proper decision with proper priorities. But as I said before, I don't think we should avoid simply acting on an emotional basis at the moment."

Binotto is fully behind the decision to postpone the change of regulations from 2021 to 2022.

"I think it was the right and good decision, because it has to be a responsible decision. I think the situation and the emergency we are facing is the priority. I think we cannot only act in the interests of a single team, in the interests of Ferrari, but really looking at the wider picture and wider situation.

"We know time would become very tight to develop two cars for 2021, so I think at the end that was the right choice, and is that somehow not be in favour of Ferrari, very likely yes, maybe.

"But I think that we are challengers, and we are as well people that want to do each time better than what we did in the past, and there will be times where eventually, even if they will be tight, we can recover and be stronger."