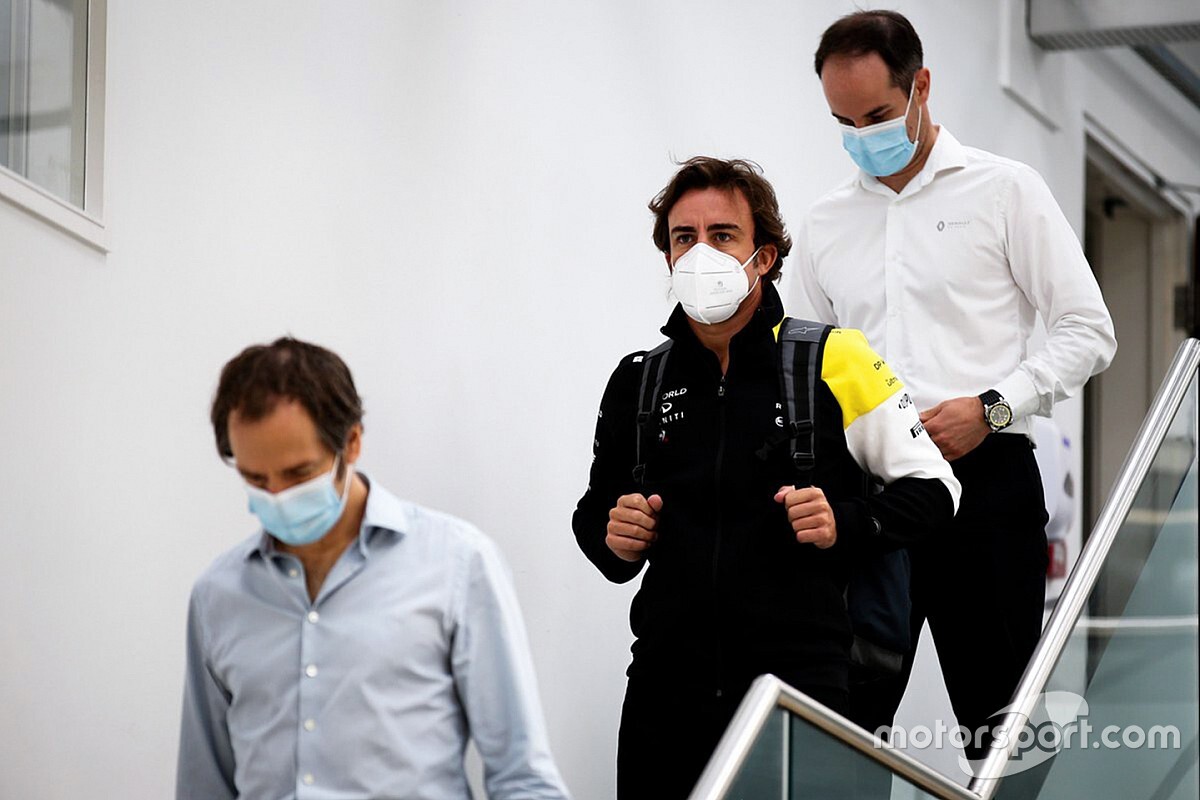 Fernando Alonso has made his return to the Renault F1 factory at Enstone to meet his engineers as they prepare for his Formula 1 return in 2021.

Renault tweeted an image of Alonso, wearing Renault clothing for the first time since he signed up for the 2021 following a two-season absence from F1. He was pictured with Renault's chief race engineer Ciaron Pilbeam.

Alonso himself then tweeted: "An incredible thrill to go back to the factory. I came to Renault in 2002, when I was 21 years old, I know every corner of this place, every corridor, every door... It has been a very special day."

Earlier this month we revealed Renault is in talks with the FIA to see if it can get permission to run Alonso in the post-season Abu Dhabi test. In an exclusive interview with Motorsport.com, Renault team principal Cyril Abiteboul said that recent improvements in competitiveness, combined with Alonso's hunger, had ramped up the team's desire to get him out in its current car.

“At the start it was much more about the future – let's talk 2022, let's go very hard on 2022 and forget about 2021 and write off 2021,” said Abiteboul. “But as he sees that we are starting to have interesting battles on track, you know, that's Fernando, he wants to feed the blood: in a positive way.

“But he wants to see that there is something that he can grasp. He sees that it is genuine opportunities, sometimes that we have this year according to the track and the car competitiveness, and probably more for next year.”

Alonso twice won the Formula 1 World Championship with Renault in 2005-’06, returning for two more seasons in 2008 and ’09, winning 17 races in total with the team.

Renault is targeting the post-season test at Abu Dhabi for Alonso’s return to the cockpit, which in previous years has been run over three days and used as a combination of young driver running and tyre testing for the following season.

However, with Pirelli's rubber virtually unchanged for next year, teams agreed that the Yas Marina running would be cut back to a single day and was supposed to be for young drivers only.

The regulations state that teams can run two cars for the day, and a clause states that drivers eligible for the test: “unless otherwise approved by the FIA, not have competed in more than two F1 World Championship races during their career.”

It means Renault have to get permission from the governing body either to let him in or to change the format of the test.

Asked if the post-season Abu Dhabi test would be Alonso’s best chance, Abiteboul said: “Yeah, absolutely. We need to see if it can happen based on the testing criteria. So we are talking with the FIA about that.”