F1 bosses believe that there could be as many as five million potential subscribers for its new digital OTT service which, if converted to sales, could eventually lead to an annual income of around $500m. 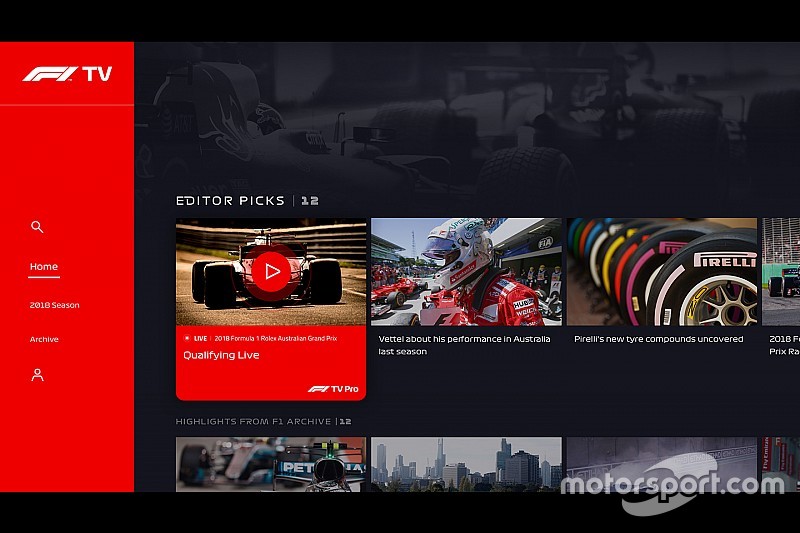 The numbers reveal just how important the new feature is for F1 and Liberty, as this newly-created service will massively boost turnover at a time when there is little more to be squeezed from established key revenue streams, such as race hosting fees and traditional broadcasting contracts.

Initially it will be available in around 40 countries, including the USA, Mexico, Argentina, France, Germany, Belgium, Austria, Turkey and Hungary (see below for a full list). The service will cost around $100 a year in the local currency.

Most of those countries happened to have TV deals that came up for renewal in the first year of Liberty’s ownership of the sport, and any new deals have been structured to allow for F1’s own service.

F1 TV won’t yet be available in countries where there are ongoing contracts with broadcasters who have exclusive digital rights, including the UK, where Sky has a deal that runs until 2024.

However, there will also be a cheaper service featuring race re-runs and historical content that will be available globally.

Frank Arthofer, F1's head of digital and new business, believes that around five million dedicated fans worldwide who could be converted into subscribers.

"The two core demographics for this product are going to be the following," said Arthofer. "Firstly, it's fans who don't have cable, but who are F1 fans in a given market where it's available on a pay TV basis, and they'd like to subscribe directly.

"And then I'd say the second demographic are the super hardcore fans.

"We have by our estimates around 500 million fans in the world, which is quite a number.

"If even, conservatively, one percent of that customer base is a super avid hardcore fan, that's a five million addressable audience to sell this product to."

Asked by Motorsport.com if five million was a realistic target, he said: "I wish that the total addressable potential base would all subscribe. I think that's probably a big number in the short term.

"I'm not sure that we'll convert all of those in the first year or two. That's a marketing and product challenge that we'll be addressing.

"We're optimistic that the opportunity size is significant. We're not at the moment quantifying or putting numbers against how many customers we expect to deliver."

Arthofer stressed that F1's OTT plans were built around agreements with traditional broadcasters, as clearly there is an overlap.

"Firstly in the market where we've carved these rights out, we've done so with full transparency in the context of our contract agreements. So it won't be a surprise to any of our partners.

"Secondly, in the markets where we haven't carved the rights out, like the UK as an example, we're very open to working with our partners to consider a path to upselling this product to our broadcast partners' customer base."

As for the matter of the service being accessed through VPN (Virtual private network) from countries where it is not currently available, Arthofer is not concerned.

Potentially, using a VPN, viewers could trick the system to watch F1 TV from countries where it is not available.

"The short answer is that we're working with our technology partners, who are yet to be named with the exception of Tata, to put in place best-in-class content security protection.

"That's always been, I'd say, a fairly conservative position we've taken from an F1 perspective. Put it another way, we've been aggressive in protecting our IP, and we'll continue to do so on the service."

F1 Debrief: All you need to know from Test Day 3