Formula 1 is to investigate the idea of 'active' cockpit protection - which could use state-of-the-art detection technology to pop out of the car and deflect debris away from a drivers' head in the event of an incident. 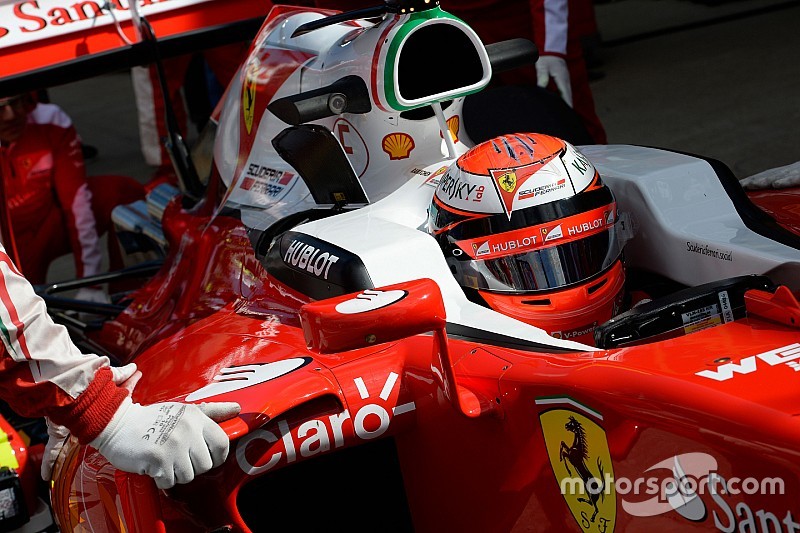 While Formula 1's Strategy Group voted unanimously against plans to introduce the Halo for next season after two hours of talks in Geneva on Thursday, efforts are still ongoing to introduce a better form of cockpit protection for 2018.

That could be a refined version of the Halo, or even a canopy system similar to the Aeroscreen idea that Red Bull had been pushing for.

However, sources have revealed that one idea that has come up for preliminary discussion among teams is an 'active' system – which could be developed over the next few years and provide the ideal solution for the longer term.

The idea is that a fin or similar structure would be fitted within the car structure when cars were running normally, and would not be noticeable to the outside world.

However, thanks to detection technology, if there was the risk of a large piece of debris hitting a driver's head, this fin would pop up in front of the cockpit to act as protection.

The hope is that if the system can be made to work then it would deliver the best of both worlds – as it would offer drivers better cockpit protection but without robbing the cars of their aesthetic qualities.

It is also acknowledged that the 'fin' would have to be of such a design that it would not impede drivers' visibility in case it was accidentally triggered during a race.

The only tricky aspect of getting the technology to work in F1 is that the speeds involved are much higher than those on the roads.

Although the 'active' cockpit safety system is still only in the idea stage, in the shorter term the Halo or canopy remains the most likely solution for 2018.

The Strategy Group is understood to have been concerned that two of the drivers who had trialled the Halo in free practice sessions had expressed reservations about visibility.

Furthermore, it was reported that one driver felt quite claustrophobic about the central support pillar being in front of his field of vision.

That is why a decision has been made for all drivers to test a Halo in free practice sessions either later this season or the start of next year.

Extensive tests are expected to take place at the Belgian and Italian Grands Prix, so teams can better gauge opinions from a wider spread of drivers to better understand whether or not the visibility concerns are a genuine issue.