Stroll "win" made Lowe head towards the podium 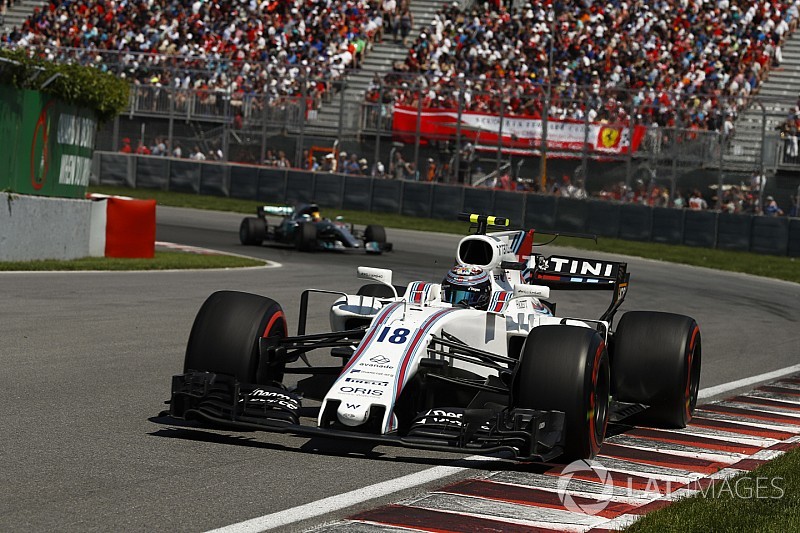 Williams technical chief Paddy Lowe has revealed that Lance Stroll's first points of the season felt so much like a win to him that he mistakenly started heading to the podium after the race.

Stroll recovered from another difficult qualifying performance – having got knocked out in Q1 to line up 17th in Canada – to deliver a mature charge through the field to finish ninth.

And on the back of early season frustrations, and mounting criticisms about whether he should have been signed by Williams, Lowe said the importance of the result should not be underestimated.

"You couldn't overstate it, to be honest, on so many different levels," said Lowe, when asked by Motorsport.com about Stroll's performance.

"The way he drove today and the result he got, it feels like a race win.

"Actually coming off the pit wall, with the instinct of how I felt, I started heading towards the podium!

"It was only ninth, but it seriously felt like a race win because we know it has been a very, very difficult introduction to the sport for him."

Stroll's ongoing struggles earlier in the weekend had prompted some intense talks between Lowe and the Canadian driver's father Lawrence in Williams offices on Saturday evening.

But, although accepting things on track had not gone to plan, Lowe said the team had always remained convinced that Stroll had talent that was not being untapped by the nature of the 2017 cars and tyres.

"We have all felt for him especially in the team, willing him to get better and to make the progress," added Lowe.

"I think he went out there today and showed that he could drive. The talent was all there, the race craft was fantastic. Those points didn't fall in his lap, he went and fought for them.

"He handled some pretty tricky situations, like the traffic in Turn 1. There was lots of stuff that could have easily been mishandled.

"The benefits are immeasurable – he is going to have himself so much more confidence that he now knows what it takes.

"You know they say in this sport that when you win your first race, all the rest of them are so much easier. I am sure it is the same with points. I hope we will see that. He is out of the starting blocks and we will see that in play now."

Behind the Scenes F1: Spotlight on Lance Stroll as weekend turns from tension to relief

Analysis: How Hamilton got his mojo back in Canada