Formula 1 should impose an outright ban on bargeboards as part of its push to make cars look better in the future, reckons Toro Rosso boss Franz Tost.

As F1 owners Liberty Media continue to look at ways of improving the appearance of grand prix cars from 2021, Tost thinks that making the designs much simpler would be a positive move.

The current generation of cars feature hugely intricate bargeboards, as F1's 2017 aero revamp allowed huge bodywork freedom in the area in front of the sidepods.

Tost is adamant that if F1 is serious about making cars looks good in the future, then this is something that Liberty needs to clamp down on.

"With Ross Brawn, Pat Symonds and the specialists on the aerodynamic side, they know what to do just to get rid of all these additional aerodynamic devices - and then you have a clean car," Tost said in an exclusive interview with Motorsport.com.

"For example if I would write a regulation, and it would be totally easy, to get rid of all these bargeboard things and all these additional wings.

"These all make the car maybe a few tenths faster, but the picture of the car is not any more so clean, and that is not any more so tidy. Therefore I would simply, from the regulation side, forbid all those things, and it's possible to do this. They just must do it."

Liberty recently revealed some concept images of how F1 cars could look from 2021 in a bid to make the sport more attractive to a wider audience.

Tost said he liked the initial idea to tidy up the bodywork and be more aggressive with styling.

"When I remember back in the 70s, the Lotus for example, when I saw this car for the first time, I was electrified, and then Jochen Rindt won with this car. It was something special.

"You could see it from the very beginning onwards, that this car is something special.

"If you compared it to other cars in those days, there was such a big difference, and I hope that the new generation of the Formula 1 cars will go in this direction." 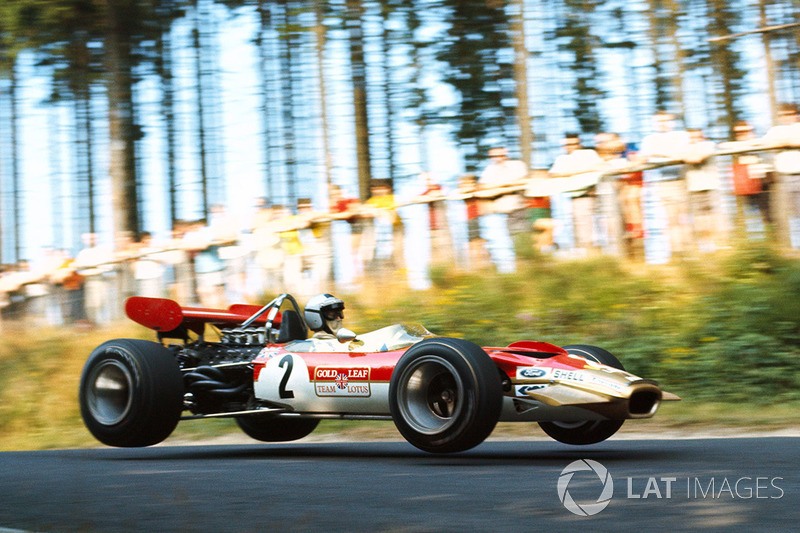