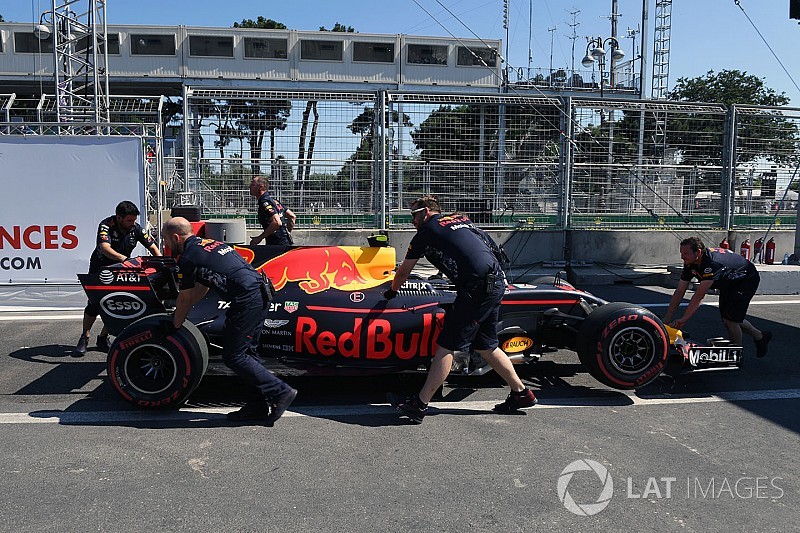 Renault will alter its approach to the Austrian Grand Prix in a bid to eliminate the reliability problems that plagued some of its Formula 1 engines in Azerbaijan.

Verstappen suffered a hydraulic problem with his throttle actuator during final practice, while Jolyon Palmer's Renault caught fire after a fuel leak.

Verstappen said he had to turn his engine down in Q3 for reliability reasons, before suffering a failure early in the race, while Palmer's car was struck by an ignition problem on its way to the grid before retiring after seven laps.

Daniil Kvyat's Toro Rosso also broke down in the race, after suffering a complete electrical shutdown.

Renault's engine technical director Remi Taffin said the French firm had learned lessons from Baku and would change its working methods for this weekend's Austrian GP.

"We have put in place new and better procedures to catch any issues before the cars take to the track and we're working with great diligence in this area," Taffin said.

"For our customer teams, we saw coincidence of issues. The energy store [battery] issue we have seen has been addressed and the new energy stores are to a different specification without this concern.

"With the ICE [internal combustion engine], the latest specification addresses the problems we've seen to date. In Austria, we have the latest versions of components and we should not see any repeats of previous woes."

Renault will not introduce any specific performance updates in Austria, but will seek to refine the output of its current package.

"We will consolidate the power improvement made for Baku and aim to deliver more," Taffin added. "There is no big plan with brand new upgrades, just continual improvement of the entire package."

F1 fans get chance to wave chequered flag in Austria