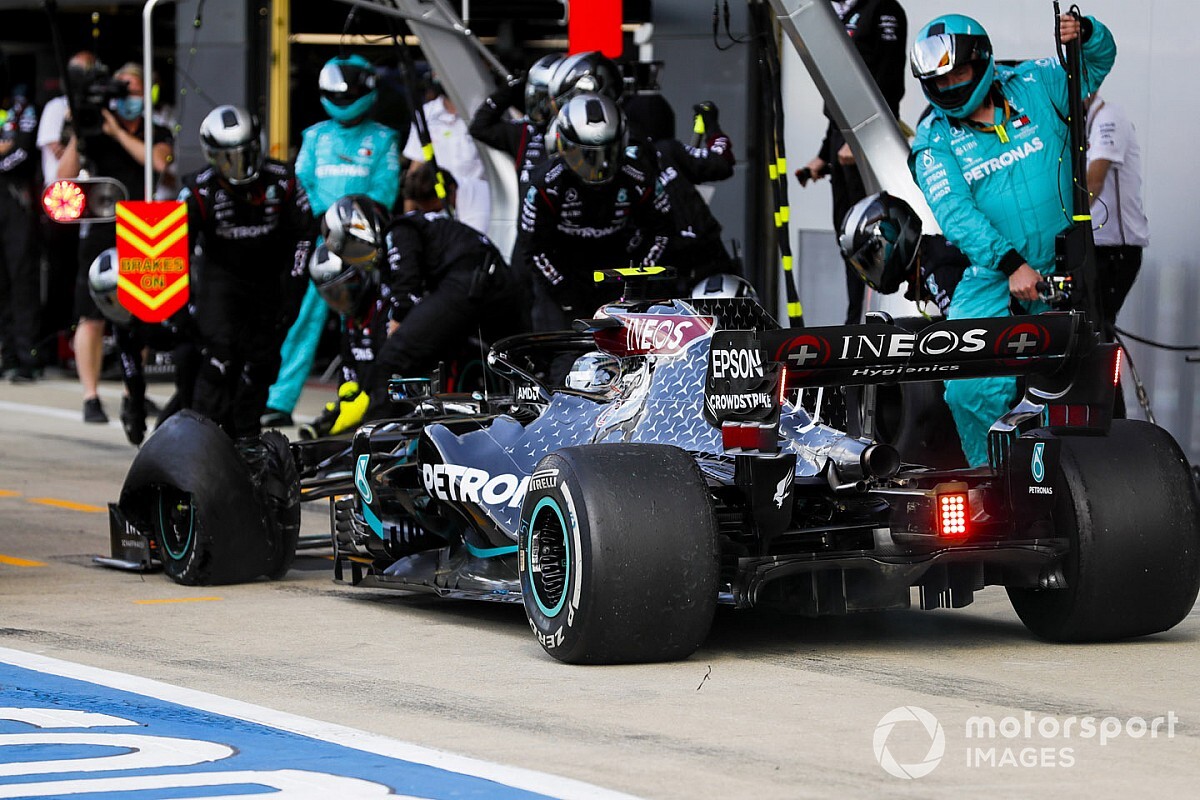 Lewis Hamilton extended his lead in the Formula 1 World Championship after his dramatic victory in the British Grand Prix at Silverstone – when he crossed the line effectively on three wheels.

Hamilton’s left-front tyre deflated a handful of laps after title rival and Mercedes teammate Valtteri Bottas also suffered a similar failure that took him out of the points. His zero score means that Hamilton is now 30 points clear in the drivers’ title race.

Max Verstappen’s runner-up finish for Red Bull moves him within six points of Bottas, while McLaren’s Lando Norris just keeps ahead of Ferrari’s Charles Leclerc – although he needed teammate Carlos Sainz to suffer a late puncture to do so.

Alex Albon’s eighth place moves him clear of the sidelined Sergio Perez for sixth in points. Sainz was the day's big loser, tumbling to 10th.

In the constructors’ championship, Mercedes is now 68 points clear of Red Bull Racing, with McLaren in third by eight points over Ferrari. Racing Point’s poor event, with Nico Hulkenberg failing to start, drops it back to fifth.