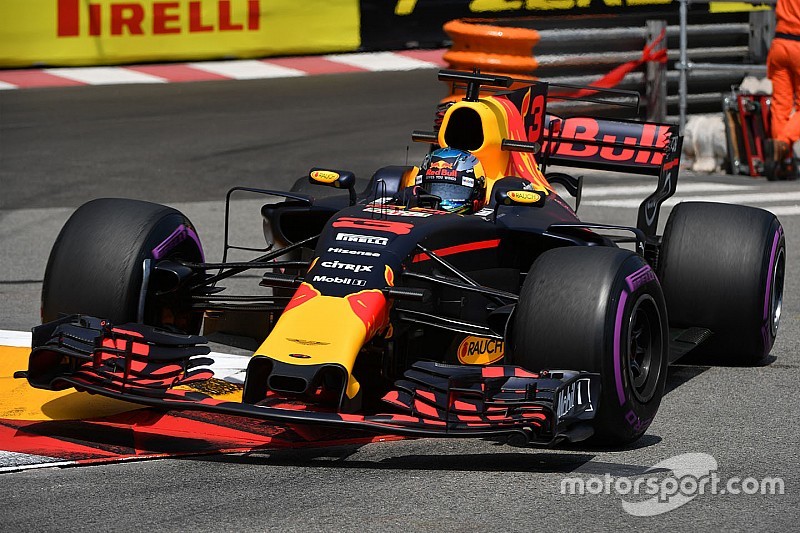 Pirelli says that its ultrasoft F1 tyre is capable of going the full race distance in Monaco, opening the possibility for teams to do only the minimum required running on the supersoft.

The tyre company's F1 boss Mario Isola acknowledged that anyone starting outside the top 10 on supersofts could offload them as early as the first lap – a logical move if there is an early safety car – and run the remaining 77 laps on the ultras.

Equally, those starting on ultras could potentially run as long into the race as they want to before changing, while holding out for a safety car.

"We had zero degradation, more or less," said Isola. "In the second session race simulations were very consistent. This was expected. We have a delta lap time between the ultrasoft and the supersoft which is around 0.7s. Probably during the race this number is going to be smaller, but this is normal.

"I suppose everybody is looking at a long stint on the ultrasoft. We will see, because here the safety car chance is quite high.

"Maybe somebody is starting on the supersoft, and if we have a safety car, it is possible to change, put an ultrasoft, and run all the race.

"They have different strategic options basically because they can change when they want, depending on the race conditions. If the safety car is not at the beginning, we can also have a different situation."

Isola said those outside the top 10 starting on supersofts won't necessarily lose out, even if they have to wait longer than they would like for a safety car.

"At the beginning in the traffic, it is something that is not going to penalise you. If you stay on the pace, you're not losing position, and you keep the contact with the car in front of you, with the supersoft it's possible to do that.

"We know that in the race they keep a race pace that is not like in qualy. In this case when you have a safety car you stop and finish on the ultrasoft."

The possibility is also open for leading runners to get through Q2 on supersofts and thus commit to using them at the start, but Isola believes that the times are too close at the front for that to be a safe option.

"If you make a mistake, or find traffic that in Monaco is always possible, there is a big risk that you don't go in Q3, and then you start 11th, 12th, 13th. Overtaking is so difficult here that it is probably a big disadvantage."

"We all have a chance to win. Live the moment" - Fernando Alonso opens up on his Indy 500 chances