2021 F1 downforce cut not a matter of safety, says Pirelli 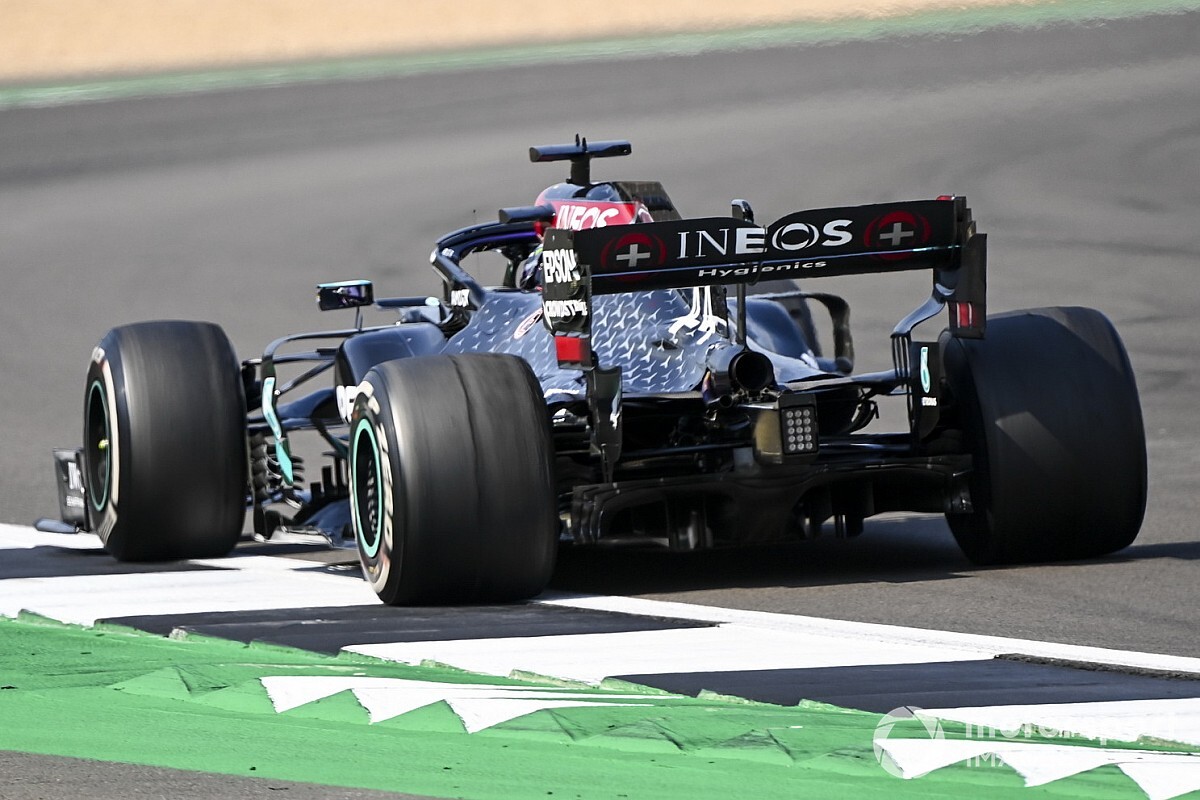 Pirelli Formula 1 boss Mario Isola says the FIA’s plan to further trim downforce levels in 2021 to help the tyre company is more a matter of performance than safety.

Pirelli is obliged to provide the same tyres that were used in 2019 for the 2020 and 2021 seasons. With downforce and thus load levels inevitably creeping up if unchecked, it was agreed during the lockdown earlier this year to rein in downforce with revised floor regulations for next season.

However, after the problems in Silverstone the FIA has promised a further downforce cut for 2021, with tweaks in a few areas. The details will be discussed by team technical directors in an FIA technical working group meeting on Friday.

Isola has welcomed the promised changes, but stresses that reining in downforce should not be regarded as a safety measure, as Pirelli can always increase pressures to compensate for high loads. The problem is that higher pressures create other issues that impact the racing, as was seen at Silverstone.

"The FIA decided to do that,” said Isola of the change. “And I cannot say that I'm not in agreement. But I don't want that the message to be that it's for safety reasons, because we can use the pressure to compensate for the level of load.

"Obviously, if we consider that from now to the end of 2021 the ability of the teams to develop the cars is huge.

“We can end up at the end of 2021 with a level of load that is really very high. And therefore we are obliged to increase the pressure to where we have again degradation overheating or blistering at the level that we don't want, so it's the right move to do for next year.”

Isola stressed that the higher pressures mandated for the 70th Anniversary GP at Silverstone helped to ensure that there was no repeat of the failures seen at the British GP a week earlier.

“For me it’s not a matter of safety. If we increase the pressure we can compensate for the level of load, the level of stress that you put on the tyres. We did it for Silverstone for the second race. Okay, it’s difficult to compare, because in the second race we didn't have a stint of 37-38 laps.

“But according to the analysis we made on tyres after the second Silverstone, everything was working well. So the pressure obviously is playing an important part in this equation. And with the pressure we can support the construction, sustain the construction. You have vertical and lateral forces that are acting on tyres, and we can establish a minimum pressure that is different for each circuit and is calculated according to the level of energy that is going into the tyres.”

While there were no failures at the second Silverstone race, the higher pressures and high track temperature created blistering problems that particularly hampered Mercedes.

Isola added: “It is also clear that increasing the pressure means that you have side effects like for example, degradation or overheating, because the compound is more stressed, and therefore, you have these side effects, in some cases it can be also blistering.

“And considering that we are using the same product since last year and this product has to be used for this year and next year that is clearly helping the behaviour of the tyres, reducing the overheating, reducing the degradation and giving that to the possibility for the drivers to push a little bit more.”

Pirelli is still hoping that it can modify the current construction for 2021, and is planning to conduct prototype testing in FP2 sessions later in the season.

Verstappen: Nine races in 11 weeks the "limit" for F1