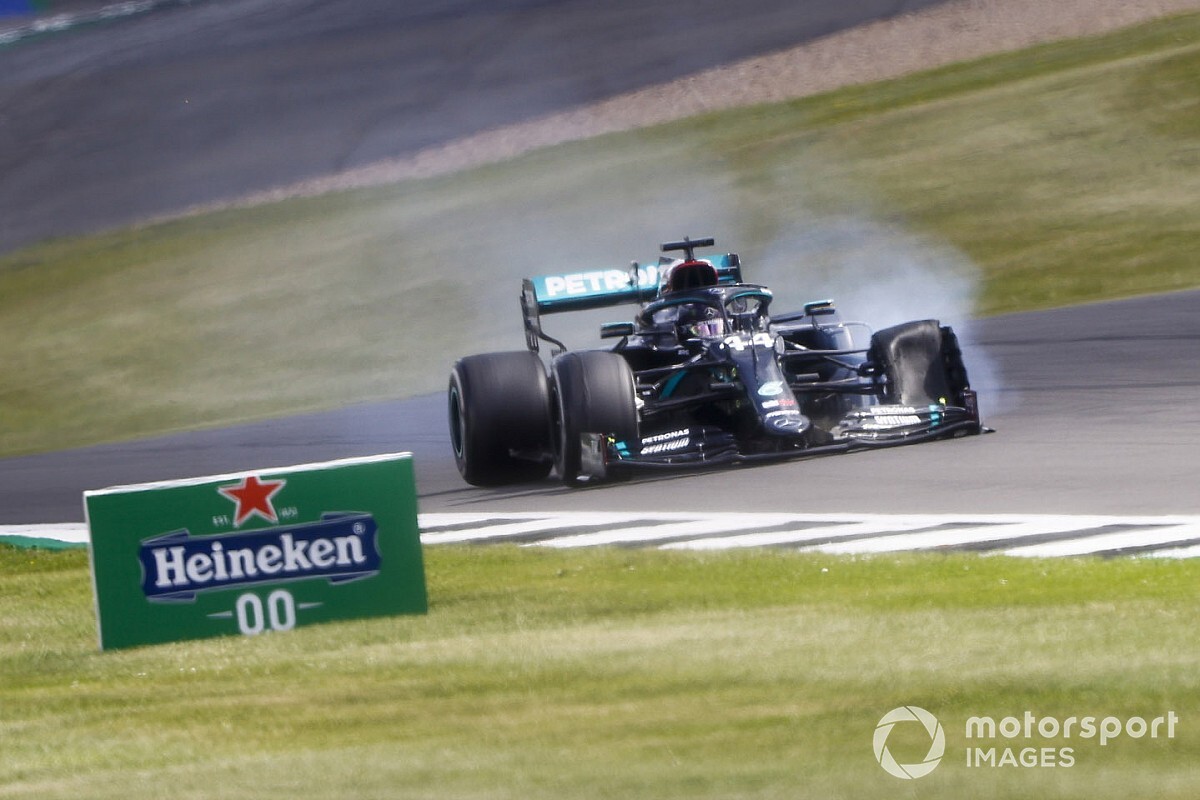 The British GP was turned on its head in the closing laps when Lewis Hamilton, Valtteri Bottas and Carlos Sainz all suffered failures, although Hamilton managed to reach the chequered flag and win the race.

The problems prompted the FIA to further reduce downforce levels for 2021 in order to help Pirelli deal with ever increasing loads, having already mandated an initial 5% cut with a change to the floor rules earlier in the year.

Three more aero changes have now been agreed, and together with the earlier modification they add up to a 10% reduction.

The FIA is able to push the changes through the latest changes, several months after the usual deadline, on the basis of safety.

"I think that our primary concern is to have good racing, and good racing requires that we have safety," said Symonds. "And so the moves that have been made, which we've been fully involved with all the way, I think, are very pragmatic.

"The events of Silverstone may have been very dramatic, but they're not really what we want to make dramatic races here. A lot of other things that can provide dramatic racing without that sort of level of drama."

Although the FIA has played the safety card to make the changes its head of single-seater technical matters Nikolas Tombazis says that no blame should be allotted to Pirelli, as the Italian company didn't expect its 2019 tyres to be used for three seasons.

"I'd just like to stress that safety doesn't in any way imply that the tyres are not safe," he said.

"The car and tyres are a unit, a single unit working together. We will have the tyres next year for the third consecutive year, which is an anomaly, of course, because of the COVID crisis, and because of the very intense race schedule that we have now, which has made any testing impractical for new constructions.

"And in the meantime, we have the aerodynamic teams of each F1 team working hard to make the cars more competitive, and finding downforce.

"So that's the reason for our intervention, and it's and we believe that's more or less going to make sure that next year's cars are going to have slightly lower downforce than this year ,but not a huge amount less after all the development.

"And therefore, we will be a bit safer than this year, but certainly a lot safer than we would be if we had done no intervention at all."