Everything has been done to stop Mercedes - Wolff

Mercedes boss Toto Wolff says his Formula 1 team is fired up to ensure its dominance does not end in 2022, because "everything has been done to stop us". 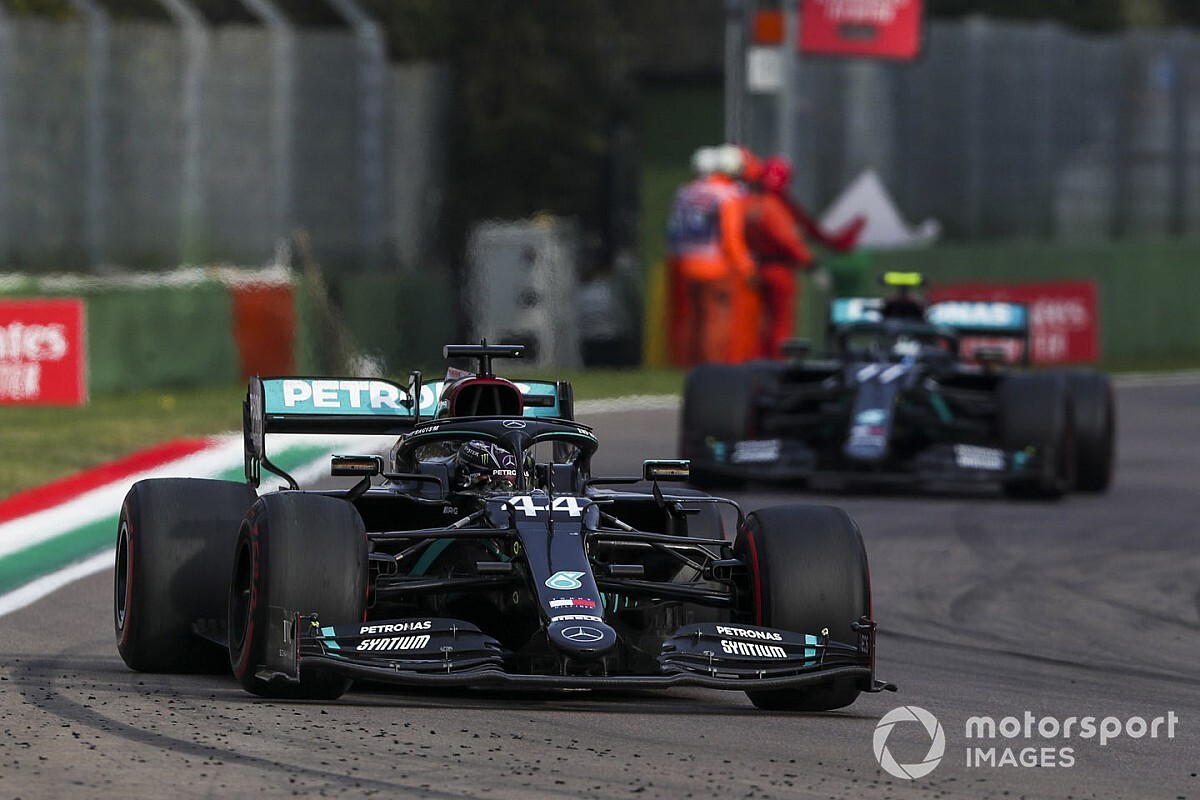 It wrapped up the constructors' championship at the Emilia Romagna Grand Prix and its drivers Lewis Hamilton and Valtteri Bottas are the only remaining contenders for the drivers' crown.

With F1's rules remaining stable heading in to next year, Mercedes is already favourite to extend its title success, but things are more open for the following season.

Wolff accepts that the raft of changes coming for 2022, which include all-new car regulations, a budget cap and a new prize money structure, will be especially challenging for his outfit.

And he suggests that the main ambition behind the changes has been to close up the field and wipe away any advantage that Mercedes has had.

"Next year will be a transitional year with the same machines," he said. "As I've said before, I expect Honda to give it a big push.

"And then obviously this big challenge of 2022 is on the doorstep. That will motivate us.

"Everything has been done to stop us. We will all fight on a level playing field financially and everything is pretty much capped.

"I'd like to see us continue to perform well, even through this most dramatic regulatory change that has ever happened in F1."

While Wolff has one eye on ensuring Mercedes can retain its place at the front of F1, he has yet to finalise his own F1 future.

He is currently in negotiations with Mercedes' parent company Daimler about implementing a succession plan, as he begins looking for a long-term replacement.

Wolff will stay on at Mercedes next year, but would like to transition into a new role that does not require him to attend every race.

"My situation is a little bit different, because I'm a co-owner with Mercedes of the team, so I'm never going to abandon it, because it's just what I love to do," Wolff told Sky F1 after the last race at Imola.

"What I said is that I believe everybody has a shelf life in a role. I haven't come to the end of mine, I think I can still contribute.

"But I need to think about the future also going forward. Bringing somebody up, developing him doing this role, is something that is a fantastic challenge for me that will be one of the next chapters. But you will see me around for a while."