Formula 1 drivers who have tried the Losail track in team simulators expect the Qatar GP venue to be challenging and tough physically.

Of those on the current grid only Sergio Perez and Nikita Mazepin have previously raced at the track, in GP2 Asia and the MRF Challenge respectively.

Others have had to fit visits to factories and sim running around the current busy race schedule, and have only recently had the opportunity to sample Losail.

A high downforce set-up and a series of quick sweeping corners are expected to provide the drivers with a big challenge.

“It's a pretty fast track,” said Lando Norris when asked by Motorsport.com. “Not many big braking zones or anything, so it's probably going to be quite a physical one.

“I don't know how the racing or anything is going to be, I've got no idea just yet. But quite a fun track from what it looks like.”

“Driving it in the simulator and driving-wise it seems really exciting. In terms of racing it is quite high speed and a lot of long corners, high yaw corners, so it might be difficult to follow, but we will see.

“It is probably going to be quite physical in terms of G and the minimum speed in the corners is pretty high.

“But Sao Paulo is always really difficult as well as it is anti-clockwise. When you have a triple-header the neck is still stiff from the first race and all the way through, so I think we’ll fine to Abu Dhabi.”

“It’s quite an enjoyable track to be honest,” said the Williams driver. “Very fast, sweeping, high downforce, a long straight as well. So I think there'll be some good racing.” 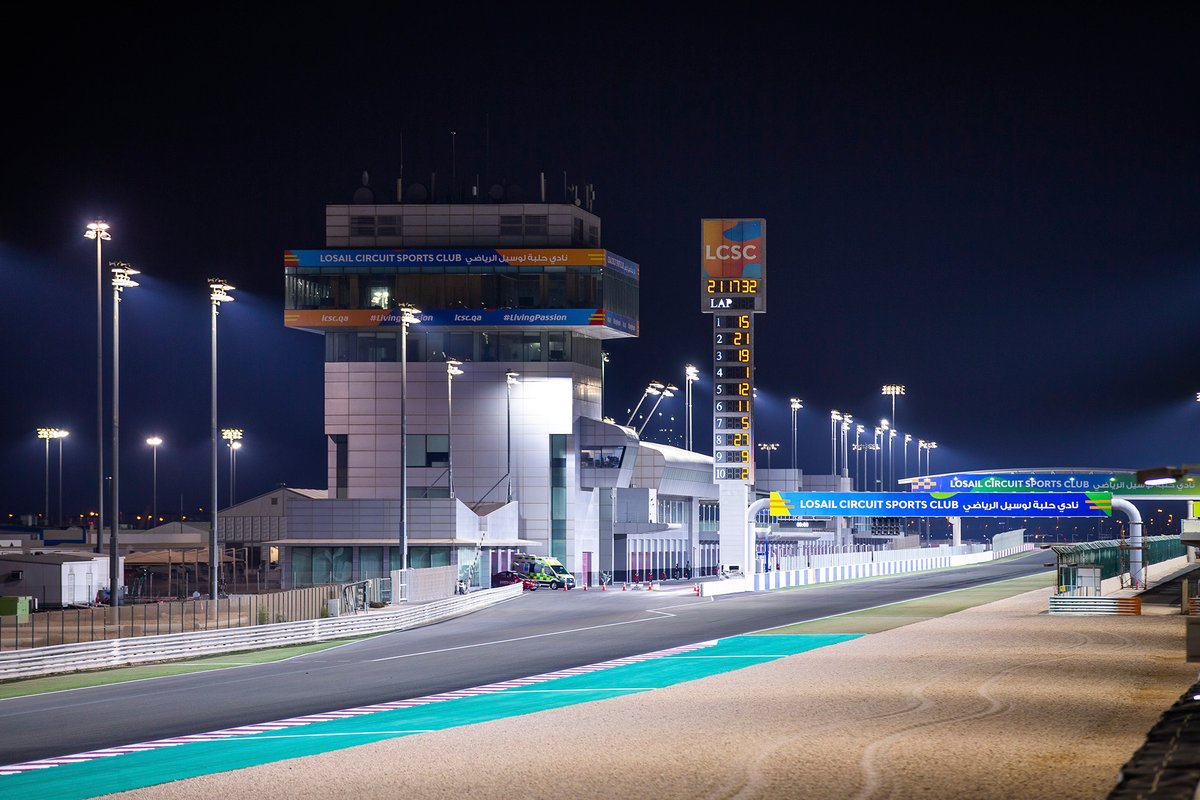 Perez, who admits he can remember little from his 2009 visit to Losail but has tried it in the Red Bull sim, hopes that Mercedes will have less of a straightline advantage than was evident in Brazil.

“We'll see what we are able to do going into Qatar,” said the Mexican. “I think it’s going to be a different track. Probably straightline speed is not so relevant over there, so hopefully we can be a lot more competitive.

“I think it's a very high downforce track, very fast. And hopefully the main straight is not too long!”

Russell agreed that teams with bigger resources tend to have an advantage when going to new venues, which will also be a factor in the following event in Jeddah.

“It definitely helps the teams with better simulations for sure,” he said. “Because they're a bit more on top of the game behind the scenes than the teams at the back end of the grid.

Norris agreed that new venues are usually enjoyable for drivers.

“I think it's good for us as drivers to kind of try and adapt to something new,” said the McLaren driver. “And it's always more exciting when you have a new circuit to try and get up to speed and try different things.

“I just hope the racing is fun. That's like the best part of it, going to a new track to see if the racing's any good. They look like two fun tracks, quite different tracks, one street circuit and one very wide and open. I just look forward to them.”