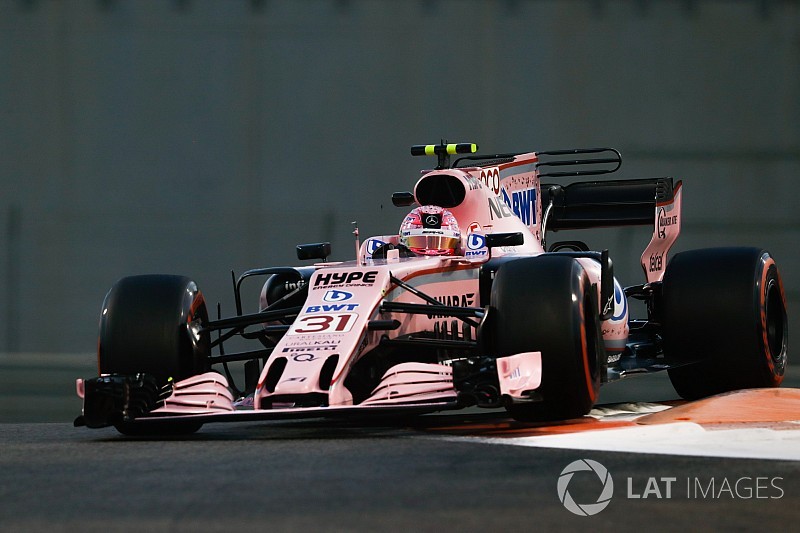 Force India's plans to change its name for 2018 have been compromised by 'cybersquatters' who have registered website domains that the team might potentially want to use.

Team boss Vijay Mallya confirmed several months ago that he wanted to drop India from the team name in order to widen its appeal to sponsors.

Force One was a strong candidate initially, and several companies were registered by the team in the UK with that name.

However, the idea was dropped, partly because of objections from the F1 organisation.

More recently, another new company known simply as Force has been registered, which for the first few days of its life was actually known as Formula One Racing and Creative Engineering.

The team management is still debating whether to retain Force as part of the name, or start afresh.

However, the first option has been impacted by many variations on the Force/F1 website name having been lodged by third parties in recent weeks, much to the frustration of the team.

"Like all things you need to prepare," deputy team principal Bob Fernley told Motorsport.com. "But of the problem we have is that when it gets out in the media every man and his dog goes and registers domain names! And that makes our life so difficult.

"Anything to do with Force is probably, for the time being, on the back burner. I think that we may have to go something completely different, if we're going to go at all.

The team still has the possibility to change the name before the start of next season, if F1 and the FIA agree.