Cosworth lining up for F1 return in 2021 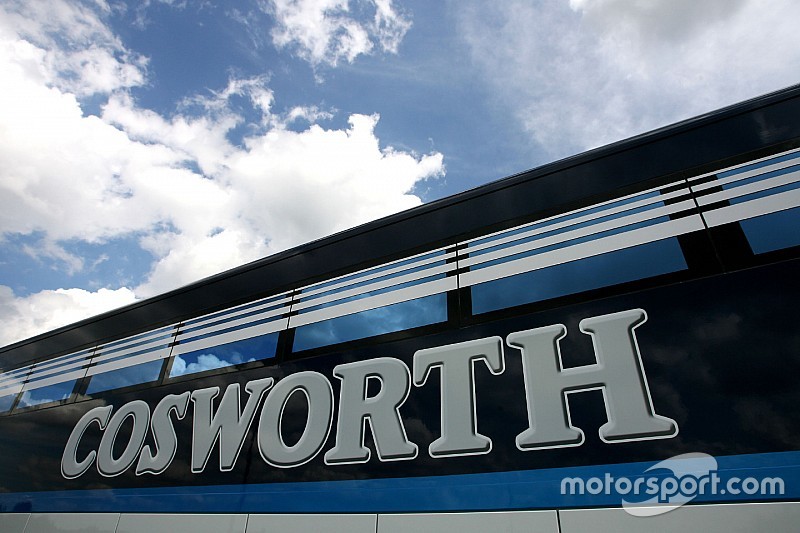 Cosworth is preparing itself for a Formula 1 return, Motorsport.com has learned, as it commits to helping frame new engine rules that are being planned from 2021.

The Northampton-based engine builder, which has powered cars to 176 grand prix wins and last competed with Marussia in 2013, recently took part in an engine rules meeting to discuss where F1 goes after 2020.

And although there has not been an official sign-off of the plans, the push towards a simpler and cheaper turbo hybrid V6 is enough for Cosworth to feel it can come back to F1.

Hal Reisiger, Cosworth's CEO, has confirmed that optimism about where the rules are heading, plus some positive talks with F1 teams, has left him convinced enough to start committing resources to an F1 project.

"I think that we've got sufficient support from the existing teams, and we've had discussions with some, that enable us to make the commitment to proceed," Reisiger said in an exclusive interview with Motorsport.com.

"More teams committed for a longer term, is always better. But we have some verbal agreements to partner with some existing and future teams that would enable us to be a sustainable engine partner."

Cosworth has agreed to play a significant role in new F1 working groups that are being set up to finalise the 2021 rules, and it thinks what is being proposed is feasible for a company like itself to produce.

However, Reisiger is clear that F1 needs to move away from the heat energy recovery element of the current power units, which has proved so troublesome for manufacturers.

"We appreciate being involved in the process. We think we are well suited to come back into F1 if the engine regulations should change, and the compelling change has to be with the heat energy recovery [from the turbo] – because that is the most expensive and time-consuming element.

"If F1 wants a new engine supplier for 2021 there will have to be some changes on that front. We have been invited to participate in the working committees which we are happy to do, so we are engaged in the process and looking forward to it."

When asked if he felt Cosworth had the infrastructure to deliver an engine that could take on manufacturers like Mercedes and Ferrari, Reisiger said: "Yes. It is important not only for the teams that we would serve, but for our own brand that we should not get involved in it if we cannot be competitive.

"We have a great historic brand, we want to protect our brand as much as we want to help people win races, but we do think we can do it."

One scenario that could play out is for Cosworth to help design and manufacture the engine, and then a manufacturer links up with it for further support and naming rights.

With Cosworth providing the engine for Aston Martin's Adrian Newey-designed Valkyrie car, there is already speculation that Red Bull would make an obvious long-term partner.

Reisiger said no decision needed to be made until next year, but if a 2021 comeback was going to happen then it would need to start designing the power unit in 12 months' time.

"We would typically start in 2018. I know there is some discussion about moving it ahead by a year, and that would mean working really soon.

"I think one of our unique capabilities is on the LMP1 engine, we went from concept to dyno in 11 months. We happen to be very nimble when it comes to that type of capability. I don't know there are that many companies that can move that fast, but we have that."