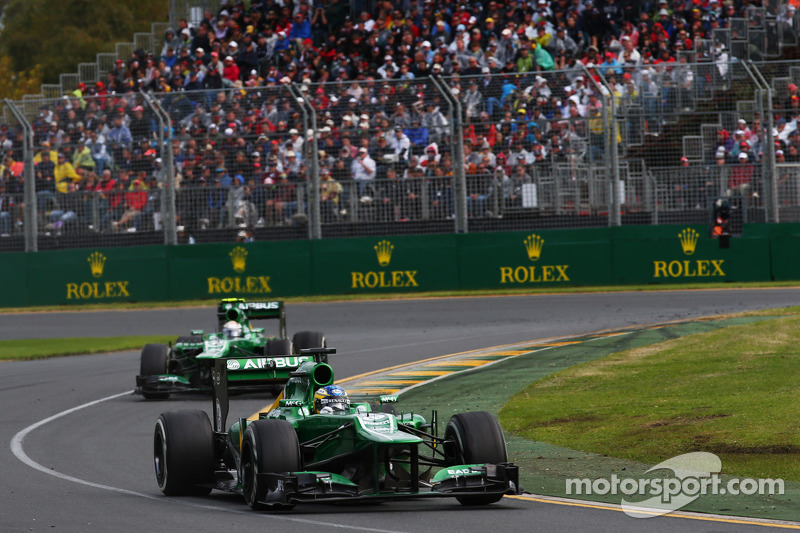 Mar.20 (GMM) Caterham has hit back at paddock rumours team founder Tony Fernandes has lost interest in the F1 project and could soon shut it down.

And the decision to replace the highly rated Heikki Kovalainen with a second pay-driver for 2013 was seen by some as an acknowledgement that Caterham is unlikely to ever make the giant leap from the back even to the middle of the grid.

Why would we spend money like that if we're closing down?

Indeed, the green cars lined up dead last on the Melbourne grid last Sunday, while Caterham was the only team whose drivers both finished the race two laps down.

"If I remember correctly, our alleged demise has been reported about since we came into Formula One in 2010," he is quoted by Speed Week.

He said "The investments we have already made for the new turbo era" beginning in 2014 is clear evidence Caterham has no intention of pulling out of F1.

"Why would we spend money like that if we're closing down?" the Malaysian asked rhetorically.

"Formula one is part of a larger picture of our business model," Asmat continued, "and a fundamental part of the complete philosophy.

"That is the second reason why the rumours of a withdrawal are nonsense. Caterham is staying this year, next year and for many more years," he insisted.