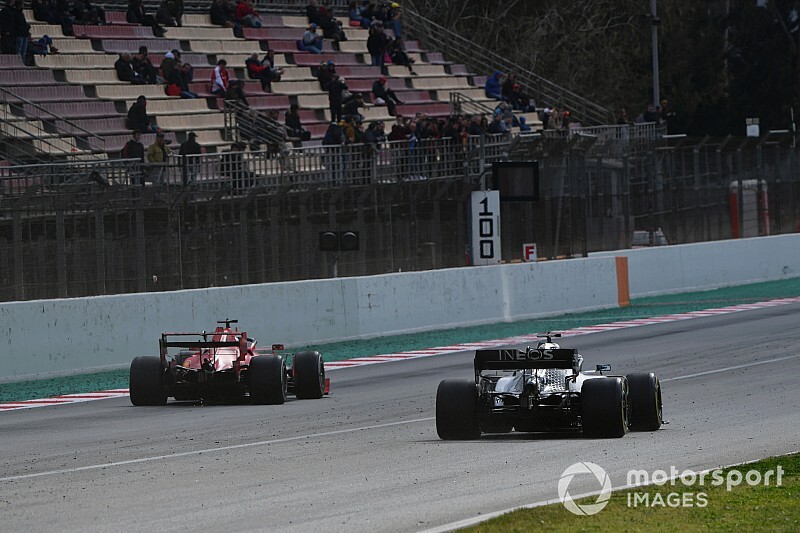 The FIA’s clampdown on fuel flow has contributed to 2020 Formula 1 cars being the heaviest since a minimum weight was introduced in 1961, with a late rule change set to add an extra kilo to the originally-agreed figure.

In 2019 the minimum weight was 743kg, and that was initially pushed up to 745kg for 2020 because technical directors wanted a little more leeway while trying to address costs, despite the figure having risen steadily since the start of the hybrid era.

Subsequently the FIA mandated the addition of a second fuel flow meter for 2020 to help the governing body monitor fuel usage. Along with that came an extra 1kg added to the previously agreed minimum weight, bring it up to 746kg.

Because the change came after the April cut-off for next year’s regulations it had to be agreed by all the teams. The new number was approved several weeks ago, but has had to pass through the formal process of the Strategy Group and F1 Commission, before finally being ratified by the World Motor Sport Council.

The increase, which should be officially confirmed on Friday, continues the recent trend of F1 cars become heavier than ever before on a steady season-by-season basis.

In the modern era the minimum weight figure includes the driver, with a formal allowance of 80kg for driver plus seat having been introduced for the first time last year.

Remarkably, the minimum weight has risen by a total of 55kg over the seven seasons of the hybrid regulations – and it will jump even further when all-new rules are introduced in 2021.

How F1's minimum weight has increased since 2013:

The extra fuel flow meter for this season has been welcomed by teams concerned by possible loopholes in the previous monitoring arrangements, and especially the suspicions that surrounded Ferrari in 2019.

The FIA now has an extra method of monitoring fuel flow in each car in real time.

“It’s a change to the regulations to ensure that the rule that is most pertinent to power delivery, which is the maximum fuel flow rate of 100 kilograms per hour, is not breached,” said Mercedes engine chief Andy Cowell.

“The FIA did some great work developing the fuel flow meter in time for the first race in 2014, and year-on-year they have done more work to make sure that the maximum fuel flow rate is firmly policed.

“The introduction of a second fuel flow meter is a very robust step forward in policing to make sure no team goes over 100 kilograms per hour. The second meter uses the same principle as the first one and sits in the same location, the fuel cell of the car.