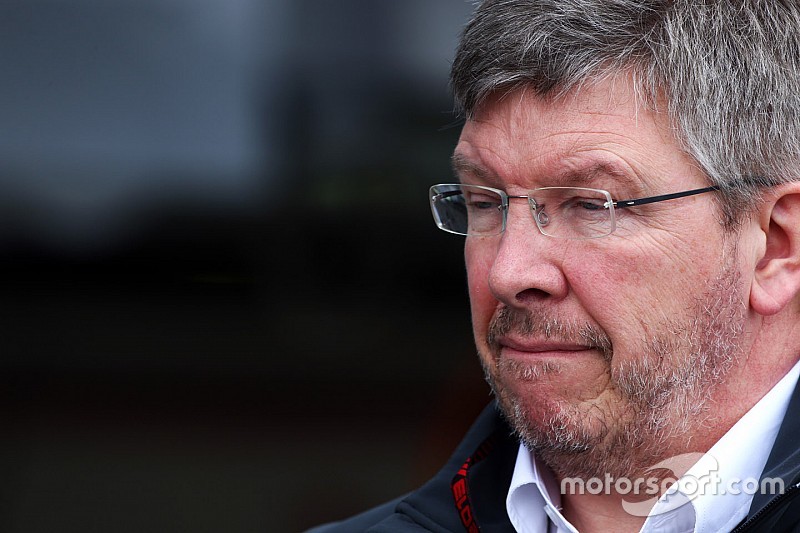 Ross Brawn believes that the key to Formula 1's future health is long-term planning that it has lacked up until now – and thinks simplifying the rules should be a "key objective".

Brawn was confirmed on Monday evening as managing director of the revamped F1 organisation, having been an advisor to Liberty Media in recent months.

“I’m majoring on the sporting side,” he told BBC 5 Live. “What I want to develop along with all the other stakeholders in F1, the teams, the FIA and so on, is to get a vision of where we want to be in the next few years.

"I feel and I know from experience that F1 tends to be reactive. It has a problem, it reacts and tries to find a solution, but very rarely has the vision of looking forward three-to-five years and deciding where it wants to be.

“So I think we know what fans want: they want entertainment, they want close racing, they want to be able to understand what’s going on. And I think everyone agrees on that. It’s finding the path with all the other teams and all the other people involved to achieve that.”

Brawn acknowledged that the rules, and the races, are currently too complicated.

“I think simplicity is a key objective for the future," he added. "I’ve watched F1 for the last few years as a spectator, and there are times where even I haven’t been sure what’s been going on in the race.

"And it’s a great sport, it’s a fabulous combination of the drivers and their personalities, their competition, and the cars and the whole thing. And we just need to look at it and see how we can improve the show.

“I think [the fans] want racing, and we haven’t seen too much of that. We've seen a great competition between two drivers in the same team for the last few years, and that’s no fault of Mercedes. They’ve done a fabulous job. I think the fans want racing, they want to understand what’s going on in the race.

"We want the race, for instance, to be as big a show as we can make it, so when you come to a race for a weekend, you’re entertained from beginning to end.”

Silverstone too important to lose

Brawn insisted that the British Grand Prix and other traditional races will remain at the heart of the F1 calendar following Liberty Media's takeover.

“I think Silverstone is very important," said Brawn. "I think the core of F1 is the tradition.

"A lot of the new circuits are very exciting and they bring their own element to F1, but they’re in it because they want to be part of that show that includes Monaco, includes Silverstone, includes Monza, includes Hockenheim or Nurburgring.

"You’ve still got to retain those traditions to have the values of F1. All of the promoters are under pressure, and over the next period we’ve got to review all of it and see what can be done.”

Right time for F1 to move on

Speaking about Bernie Ecclestone's departure, Brawn paid tribute to F1's former boss' efforts in building up the sport - but hinted that the time had come for the championship to move on.

“He [Ecclestone] is going to be there to give us advice and be a reference if we need some extra support," Brawn said. "I think it’s the end of that era, and a different structure, a different approach for the future.

“Liberty Media, the new owners of F1, perhaps they see a different approach as being the next stage.

"Bernie is unique, the way Bernie built up F1 could never be emulated. He ruled over a unique era of F1. But he’s 86 now, and there comes a time when you move into the next phase.”